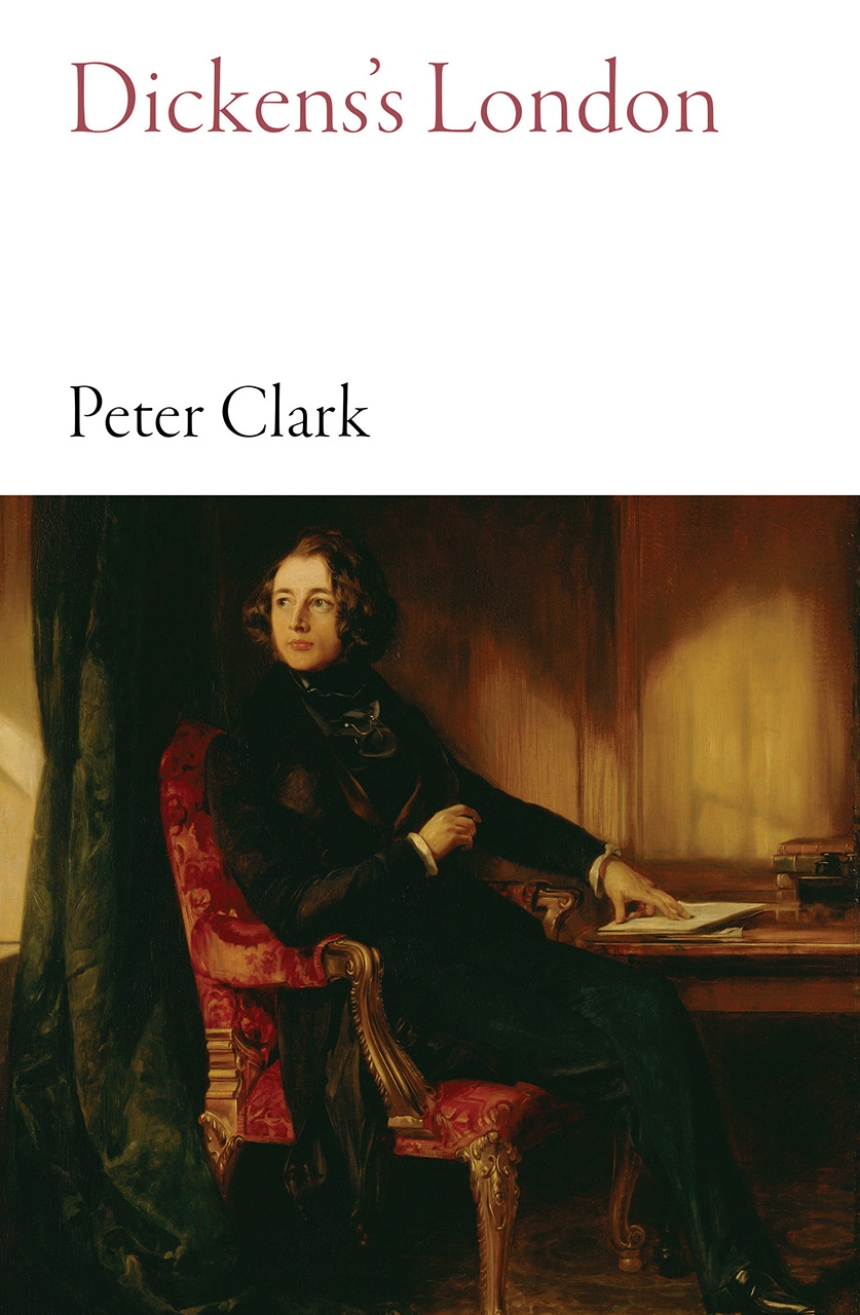 Marking the 150th anniversary of Charles Dickens’s death, Dickens’s London leads us in the footsteps of the author through this beloved city. Few novelists have written so intimately about a place as Dickens wrote about London, and, from a young age, his near-photographic memory rendered his experiences there both significant and in constant focus. Virginia Woolf maintained that “we remodel our psychological geography when we read Dickens,” as he produces “characters who exist not in detail, not accurately or exactly, but abundantly in a cluster of wild yet extraordinarily revealing remarks.” The most enduring “character” Dickens was drawn back to throughout his novels was London itself, in all its aspects, from the coaching inns of his early years to the taverns and watermen of the Thames. These were the constant cityscapes of his life and work.

In five walks through central London, Peter Clark explores “The First Suburbs”—Camden Town, Chelsea, Greenwich, Hampstead, Highgate and Limehouse—as they feature in Dickens’s writing and illuminates the settings of Dickens’s life and his greatest works of journalism and fiction. Describing these storied spaces of today’s central London in intimate detail, Clark invites us to experience the city as it was known to Dickens and his characters. These walks take us through the locations and buildings that he interacted with and wrote about, creating an imaginative reconstruction of the Dickensian world that has been lost to time.

“This is a small, delightful book.”

“A rich and wondrously informative book.”

“A splendidly clear and illuminating view, not only of the streets and the architecture, but of the sounds, smells, and intense human activity that both Dickens and Clark enjoy about London.”