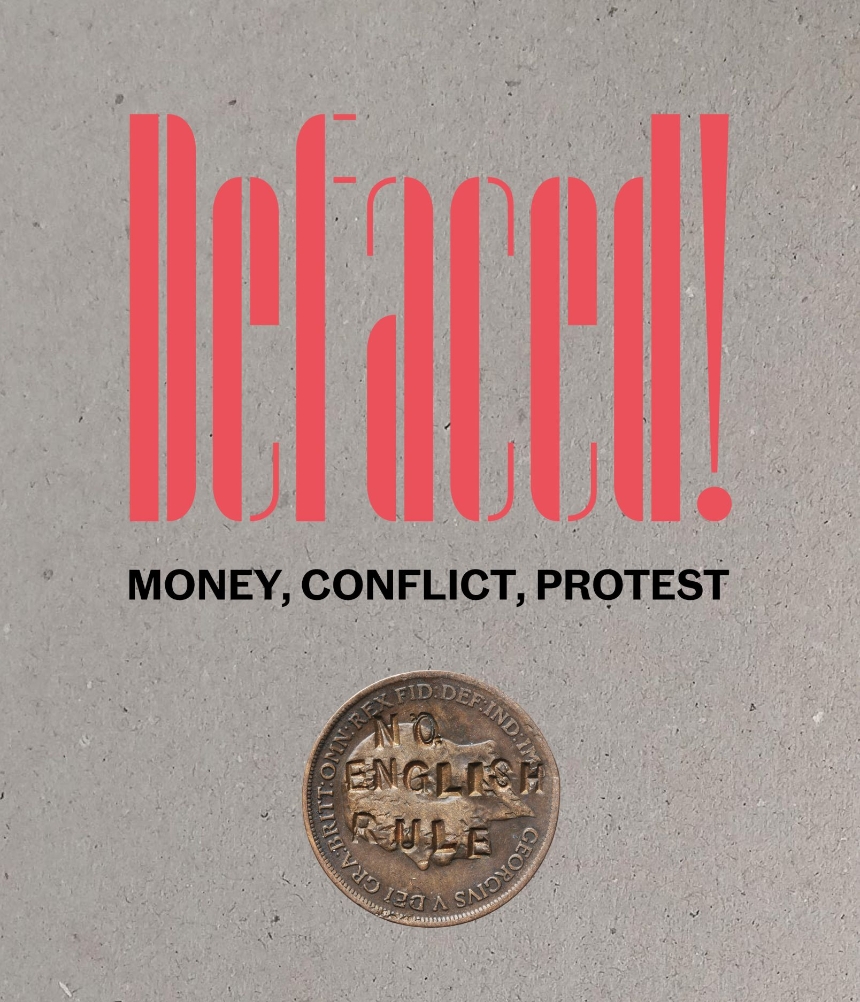 A fully illustrated examination of the relationship between money, power, resistance, and dissent.

Money’s ubiquity makes it a powerful vehicle for disseminating the messages of the state to the public, but the symbolic and nationalistic iconography of currency can also be subverted in powerful acts of defiance, rebellion, and propaganda. Accompanying major exhibitions at The Fitzwilliam Museum in Cambridge and the Art Gallery of Ontario in Toronto, this volume explores the political and social tensions communicated through the production or defacement of money over the past two hundred years.

Beginning in Britain in the wake of the American and French Revolutions, it contrasts the use of money by the radicals of the nineteenth and early twentieth century with the money produced by European empires as they scrambled for world domination. The currency histories of the two world wars highlight the role of money as a tool of occupation, imprisonment, resistance, and remembrance. The coins countermarked during the Troubles in Northern Ireland hint at the polarized nature of political discourse and sectarian violence. The work culminates with the work of contemporary artists and activists who use money to highlight the challenges of the modern world, both locally and globally—as a canvas, a raw material, or a powerful means of communication.

From a unique coin commemorating the Peterloo Massacre of 1819 to a Syrian banknote refashioned to raise awareness of the refugee crisis, each object constitutes a witness statement to its time and its conflict, and each section has its own story to tell.