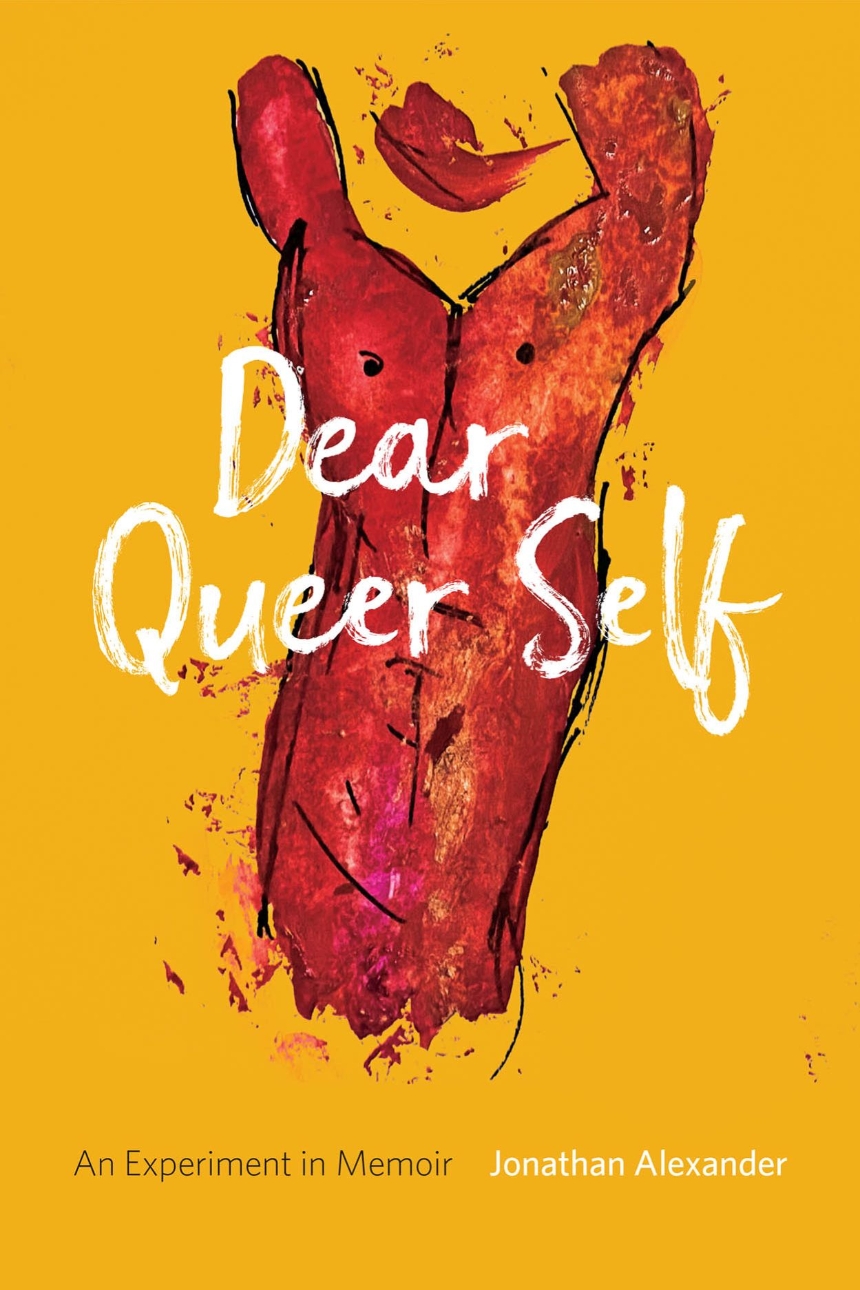 An Experiment in Memoir

An Experiment in Memoir

An unvarnished accounting of one man’s struggle toward sexual and emotional maturity.

In this unconventional memoir, Jonathan Alexander addresses wry and affecting missives to a conflicted younger self. Focusing on three years—1989, 1993, and 1996—Dear Queer Self follows the author through the homophobic heights of the AIDS epidemic, the fall of the Berlin Wall, the election of Bill Clinton, and the steady advancements in gay rights that followed. With humor and wit afforded by hindsight, Alexander relives his closeted college years, his experiments with his sexuality in graduate school, his first marriage to a woman, and his budding career as a college professor.

As he moves from tortured self-denial to hard-won self-acceptance, the author confronts the deeply uncomfortable ways he is implicated in his own story. More than just a coming-out narrative, Dear Queer Self is both an intimate psychological exploration and a cultural examination—a meshing of inner and outer realities and a personal reckoning with how we sometimes torture the truth to make a life. It is also a love letter, an homage to a decade of rapid change, and a playlist of the sounds, sights, and feelings of a difficult, but ultimately transformative, time.

"The narration is a triumph, establishing instant intimacy. Alexander serves as simultaneous director, guide, and archivist. . . . Dear Queer Self is an intense, daring coming-of-age—and coming out—memoir."

"I can’t recall the last time I was so moved as I was while reading Dear Queer Self. With unvarnished frankness, Jonathan Alexander pens these letters to his younger queer self about the messy borders that exist between love and obsession, loneliness and acceptance, during moments in history marked by uncertainty and upheaval. What emerges is a striking account of the ways we draw strength from tragedy and learn to face our past transgressions with equal parts humor and resilience."

Alex Espinoza, author of 'Cruising: An Intimate History of a Radical Pastime'

"Alexander's searing memoir, framed as an interrogation of his past self during crucial years of his life, offers a deeply honest portrait of life as a complicated young man in the eighties and nineties, and reaffirms the isolation queer people still feel in a world that gestures its acceptance while withholding its substance. The writing is deeply affecting, brutal in its self-evaluation, evocative in its mapping of Alexander's search for self-acceptance. The book is most valuable for its refusal to adhere to simple categories; sexuality here is complicated, variable, quixotic, and tenacious. Much like the author's vision. I am deeply grateful to have encountered this book."

Jim Grimsley, author of 'How I Shed My Skin' and 'Boulevard'

"Dear Queer Self was included in Lambda Literary’s most anticpated list for March."