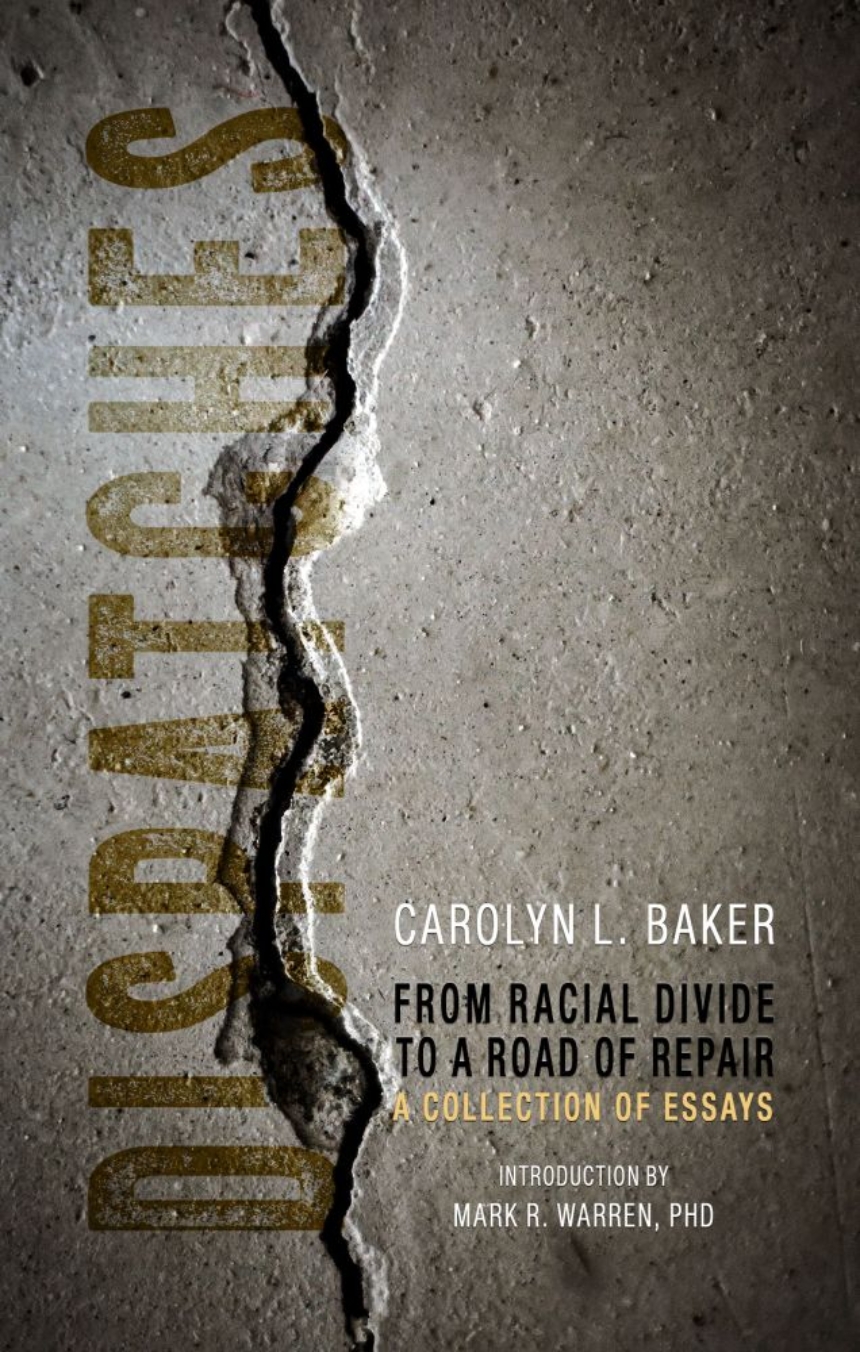 Dispatches, From Racial Divide to the Road of Repair

A Collection of Essays

Dispatches, From Racial Divide to the Road of Repair

A Collection of Essays

With an Introduction by Mark R. Warren
A collection of essays challenging White Americans to work against racism.

This collection of thirty-two essays by Carolyn L. Baker addresses White Americans about America’s complex issues with race. In the wake of nationwide Black Lives Matter protests against racial injustice and police brutality, many Americans are taking steps to educate themselves about racism in the United States. Baker asserts that implicit racial bias harms and debilitates the soul of the White community goes against its deepest moral and religious traditions and is theirs to dismantle for the sake of their own liberation. She argues that, instead of waiting on top-down changes, Americans should begin the work of repairing the racial divide in their own communities. With Dispatches, From Racial Divide to a Road of Repair, Baker seeks to challenge, inspire, and uplift readers who, like herself, want to create a bottom-up paradigm for building community to drive authentic social change.