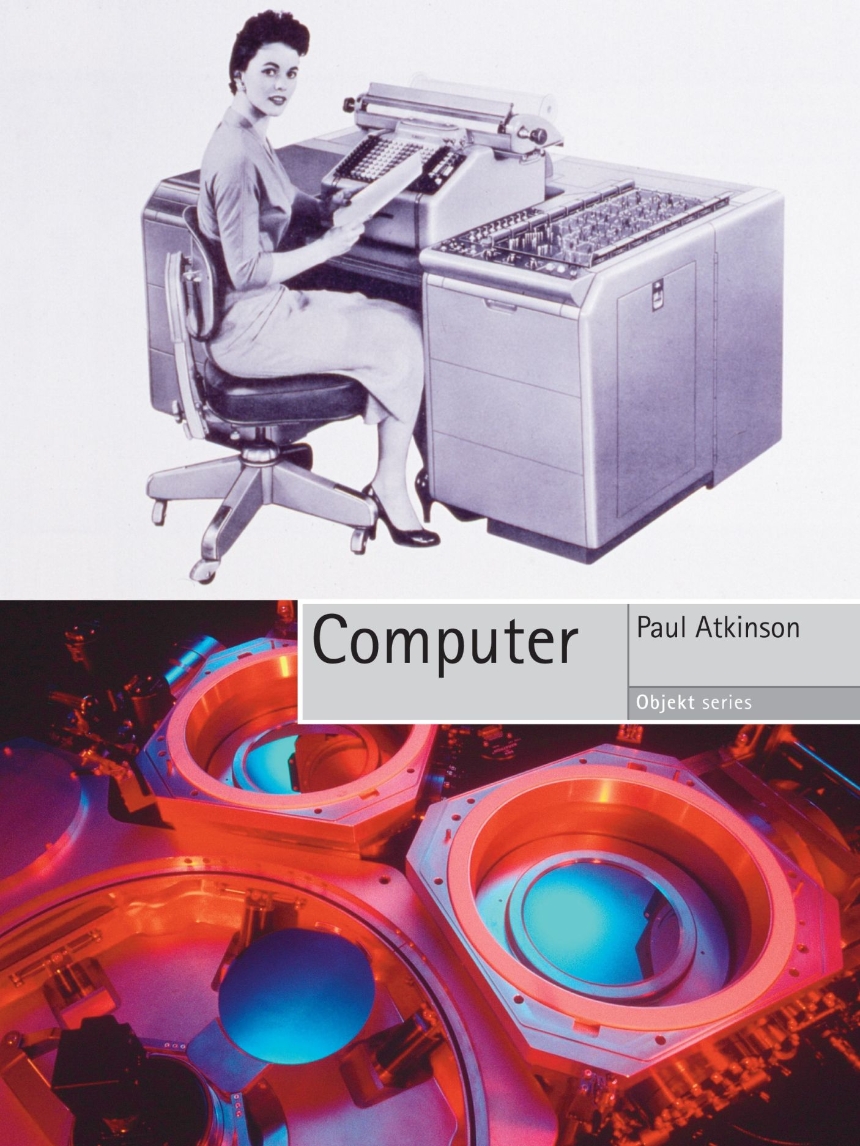 The pixelated rectangle we spend most of our day staring at in silence is not the television as many long feared, but the computer—the ubiquitous portal of work and personal lives. At this point, the computer is almost so common we don’t notice it in our view. It’s difficult to envision that not that long ago it was a gigantic, room-sized structure only to be accessed by a few inspiring as much awe and respect as fear and mystery. Now that the machine has decreased in size and increased in popular use, the computer has become a prosaic appliance, little-more noted than a toaster. These dramatic changes, from the daunting to the ordinary, are captured in Computer by design historian Paul Atkinson.

Here, Atkinson chronicles the changes in physical design of the computer and shows how these changes in design are related to changes in popular attitude. Atkinson is fascinated by how the computer has been represented and promoted in advertising. For example, in contrast to ads from the 1970s and ’80s, today’s PC is very PC—genderless, and largely status free. Computer also considers the role of the computer as a cultural touchstone, as evidenced by its regular appearance in popular culture, including the iconography of the space age, HAL from 2001: A Space Odyssey, James Bond’s gadgetry, and Stars War and Star Trek.

Computer covers many issues ignored by other histories of computing, which have focused on technology and the economics involved in their production, but rarely on the role of fashion in the physical design and promotion of computers and their general reception. The book will appeal to professionals and students of design and technology as well as those interested in the history of computers and how they have shaped—and been shaped by—our lives.

"An elegant history of the computer’s journey from its ’initial form as a forbidding room-sized construction’ to ’an innocuous box sitting on top of an office desk.’ Atkinson describes all the important technological milestones — stored memory, the first mouse, the development of touch screens — but this is more art book than technical manual . . . Computer offers dozens of great photographs of and vintage advertisements for boxy old computers, and Atkinson analyzes these images as a means of exploring how our attitudes toward computers have changed over the years . . . an oddly fascinating history."—New Yorker Book Bench

“Computer is an extraordinary historical account of the electronic computer. Atkinson takes the reader on a tortuous journey through the technological time line of these amazing machines, from the days of Colossus to the modern notebook computer. . . . The book is imbued with priceless photographs of everything from the ICT 1301 to the quirky but beautiful iPad. It will be truly appreciated by all who have an interest in the history of our favorite machine. . . . Highly recommended.”