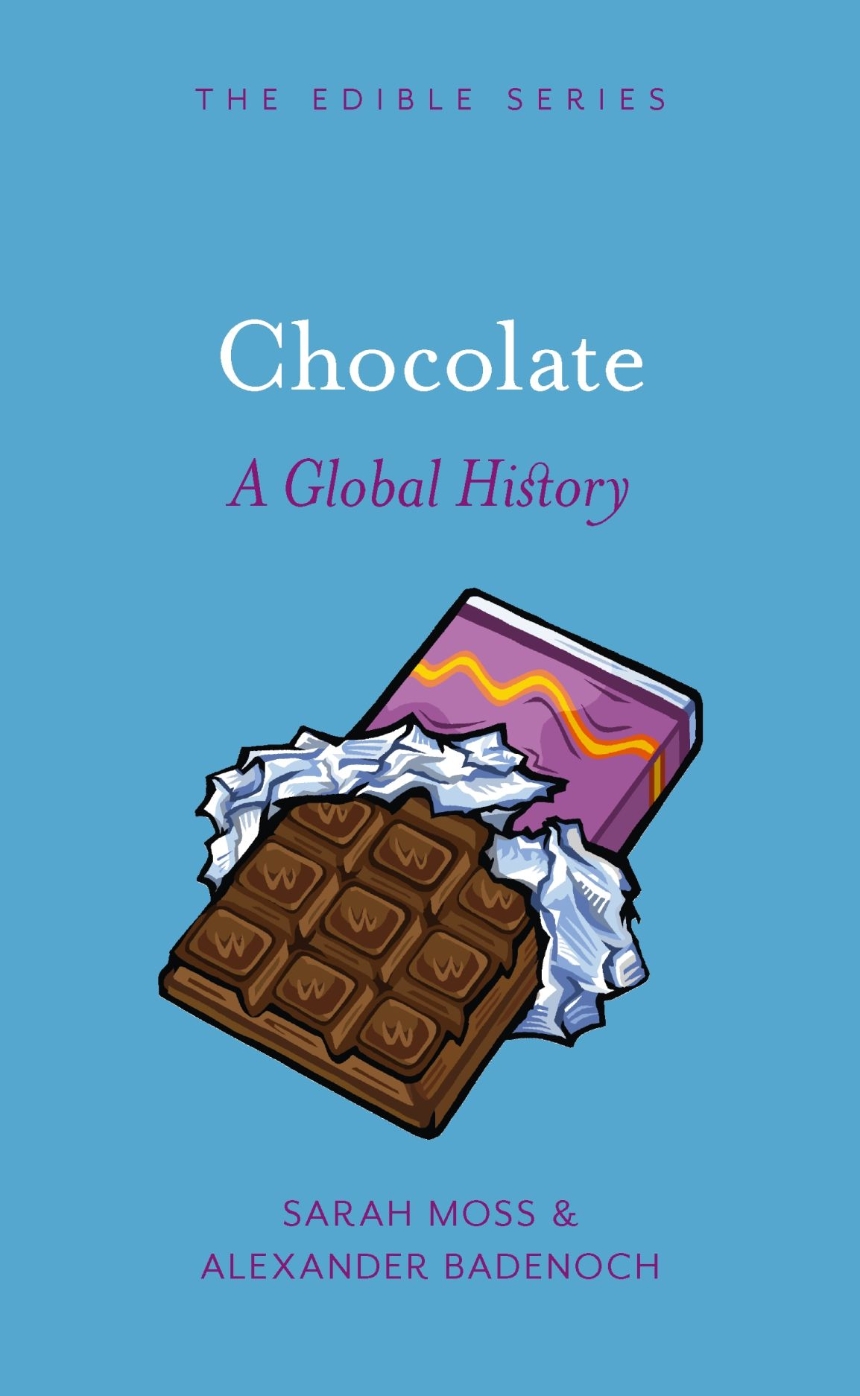 Chocolate layer cake. Fudge brownies. Chocolate chip cookies. Boxes of chocolate truffles. Cups of cocoa. Hot fudge sundaes. Chocolate is synonymous with our cultural sweet tooth, our restaurant dessert menus, and our idea of indulgence. Chocolate is adored around the world and has been since the Spanish first encountered cocoa beans in South America in the sixteenth century. It is seen as magical, addictive, and powerful beyond anything that can be explained by its ingredients, and in Chocolate Sarah Moss and Alec Badenoch explore the origins and growth of this almost universal obsession.

Moss and Badenoch recount the history of chocolate, which from ancient times has been associated with sexuality, sin, blood, and sacrifice. The first Spanish accounts claim that the Aztecs and Mayans used chocolate as a substitute for blood in sacrificial rituals and as a currency to replace gold. In the eighteenth century chocolate became regarded as an aphrodisiac—the first step on the road to today’s boxes of Valentine delights. Chocolate also looks at today’s mass-production of chocolate, with brands such as Hershey’s, Lindt, and Cadbury dominating our supermarket shelves.

Packed with tempting images and decadent descriptions of chocolate throughout

the ages, Chocolate will be as irresistible as the tasty treats it describes.