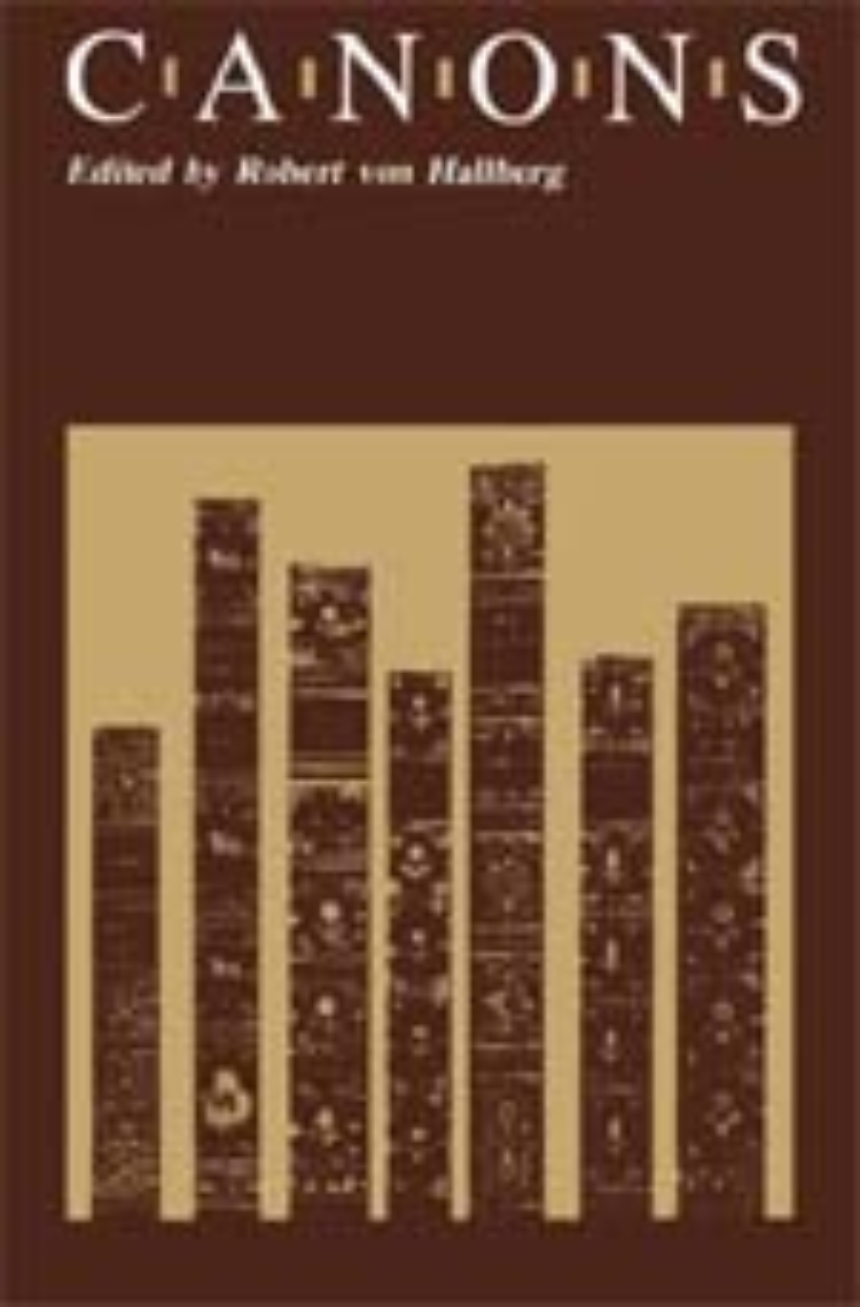 Canon formation: ". . . the traditional dream of ambitious critics. A canon is commonly seen as what other people, once powerful, have made and what should now be opened up, demystified, or eliminated altogether." So writes editor Robert von Hallberg in his introduction. This collection of essays articulates how canons are constructed and examines the ways in which academic canons influence literary thought and instruction. Presenting a wide range of canonical interpretation, the volume includes essays on such themes as Native American literature and the canon, the ideology of canon formation, the history of American poetry anthologies, undoing the canonical economy, the making of the modernist canon,  and canon and power in the Hebrew scriptures.

Introduction
Contingencies of Value by Barbara Herrnstein Smith
An Idea and Ideal of a Literary Canon by Charles Altieri
Canon and Power in the Hebrew Scriptures by Gerald L. Bruns
Aristotle’s Sister: A Poetics of Abandonment by Lawrence Lipking
Re-Creating the Canon: Augustan Poetry and the Alexandrian Past by James E. G. Zetzel
Poeta che mi guidi: Dante, Lucan, and Virgil by Winthrop Wetherbee
When Eve Reads Milton: Undoing the Canonical Economy by Christine Froula
A Few Canonic Variations by Joseph Kerman
The Pope Controversy: Romantic Poetics and the English Canon by James Chandler
Painting Memories: On the Containment of the Past in Baudelaire and Manet by Michael Fried
The Religious Poetry of Christina Rossetti by Jerome J. McGann
A History of American Poetry Anthologies by Alan C. Golding
Native American Literature and the Canon by Arnold Krupat
The Ideology of Canon-Formation: T. S. Eliot and Cleanth Brooks by John Guillory
The Making of the Modernist Canon by Hugh Kenner
The Shaping of a Canon: U.S. Fiction, 1960-1975 by Richard Ohmann
Index