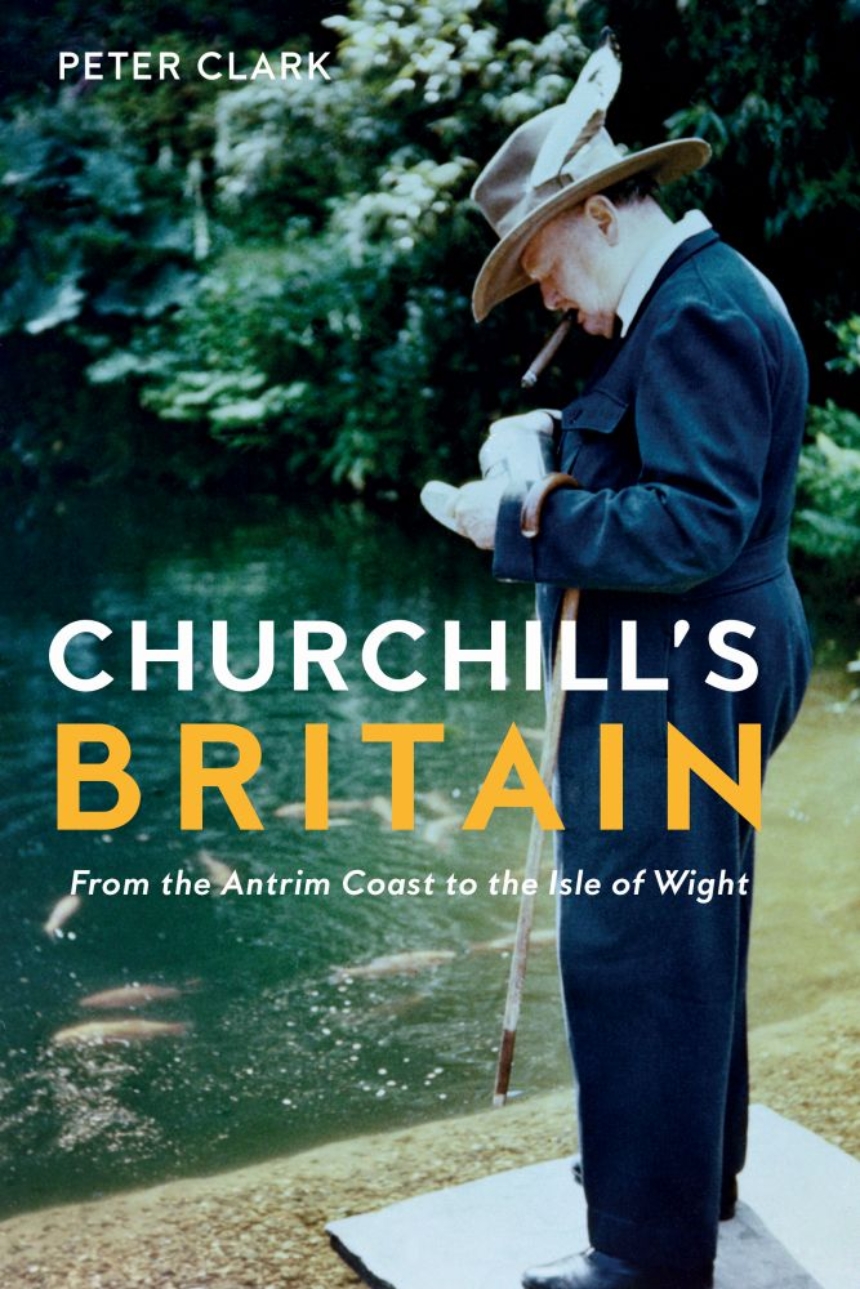 From the Antrim Coast to the Isle of Wight

From the Antrim Coast to the Isle of Wight

More than half a century after his death, Winston Churchill, the most significant British statesman of the twentieth century, continues to intrigue us. Peter Clark’s book, however, is not merely another Churchill biography. Churchill’s Britain takes us on a geographical journey through Churchill’s life, leading us in Churchill’s footsteps through locations in Britain and Ireland that are tied to key aspects of his biography. Some are familiar–Blenheim Palace, where he was born; Chartwell, his beloved house in the country; and the Cabinet War Rooms, where he planned the campaigns of World War II. But we also are taken to his schools, his parliamentary constituencies, locations of famous speeches, the place where he started to paint, the tobacco shop where he bought his cigars, and the graves of his family and close friends.

Clark brings us close to the statesman Churchill by visiting sites that were important to the story of his long life, from the site where his father proposed to his American mother on the Isle of Wight to his grave in a country churchyard in Oxfordshire. Designed as a gazetteer with helpful regional maps, Churchill’s Britain can be dipped into, consulted by the traveler on a Churchill tour of Britain, or read straight through—and no matter how it’s read, it will deliver fresh insights into this extraordinary man.

"It’s hard to say anything new about 'Winston' but Peter Clark has managed to do so in Churchill’s Britain: From the Antrim Coast to the Isle of Wight. It’s a fascinating tour guide, rich in stories and detail, which informs as well as entertains – a kind of life through places."

“Clark brings a well-honed literary facility to the task of creating this highly readable book. . . . There is plenty here for everyone.”

"Churchill’s Britain: From the Antrim Coast to the Isle of Wight by Peter Clark is a very enjoyable travel guide to the sites and places across Britain and Ireland related to the life of Winston Churchill. . . . When the pandemic is over and travel encouraged again, the Churchill enthusiast would do well to have Churchill’s Britain in hand as they visit Churchill sites across London and elsewhere in the UK and Ireland."

"Churchill’s wide, paintatious travels in the south of France were as nothing compared to travels he undertook in the United Kingdom, which have been excellently chronicled by Clark in his well-researched and well-written Churchill’s Britain. . . . For anyone wanting to visit any Churchill sites, as well as for the general reader interested in Churchill’s domestic travels, this book is an essential guide."

"Peter Clark, who is a very distinguished Churchill expert, has achieved what I thought was impossible. He has come up with an ingenious new way to write about Winston Churchill, through the great man’s incredibly powerful sense of place. Whether as a travel-guide for a Churchill enthusiast or for the general reader, this book will bring instruction and joy."

"Given the vast amount of material written about Churchill, this book is a refreshing look at an aspect of him which has been much less chronicled than his well-known exploits in both world wars, the ‘young’ Winston, his ‘wilderness years’ and his post-war ministry. The author provides us with a highly detailed account of the places associated with Churchill and the events which took place in them, some of great moment, some intimate, and always illuminating, plus helpful maps to navigate us around.  The author tells these fine stories with élan, we come to know these places in the context of the more personal aspects of Churchill as well as how they were keyed into the great events which have long been in the public consciousness. The author is wise in keeping the book focused on Britain and Ireland to do justice to each story, and it is a nice touch to keep the county names as they were in Churchill’s day."

"Congratulations to Peter Clark on finding such an innovative take on Churchill. This book is a delightful read on so many levels. I challenge any reader not to learn and understand more about Churchill."

"Delightful. A fascinating tour guide to Britain and Ireland as Churchill knew them, rich in stories and detail."

"For those who wish to travel in the footsteps of one of the 20th century’s greatest politicians and war leaders, there is no better guide than Peter Clark to the places in Britain lived in and associated with Sir Winston Churchill."

David Stafford, author Oblivion or Glory: 1921 and the Making of Winston Churchill

"Ambitious in scope and full of intriguing insights, this is a highly original addition to the wealth of Churchill literature."

More books have been written about Winston Churchill than any other modern historical figure. Why another one? Peter Clark’s book takes us to the places in Britain, including Ireland, associated with Churchill. Some are familiar – Blenheim Palace where he was born, Chartwell his beloved house in the country, and the Cabinet War Rooms where he planned the campaigns of the Second World War. But we are taken to his homes, his schools, his parliamentary constituencies, locations of famous speeches, the place where he started to paint, the shop where he bought his cigars and the graves of his family and close friends. We can read his own works, or books about him, but we get close tohim by visiting sites that were important to the story of his ninety years, from where his father proposed to his American mother on the Isle of Wight to his grave in a country churchyard in Oxfordshire. The book is designed as a gazetteer of places with helpful maps and illustrations. It can be dipped into, consulted by the traveller on a Churchill tour of Britain or read straight through. However used, Churchill’s Britain provides fresh insights into this extraordinary man.