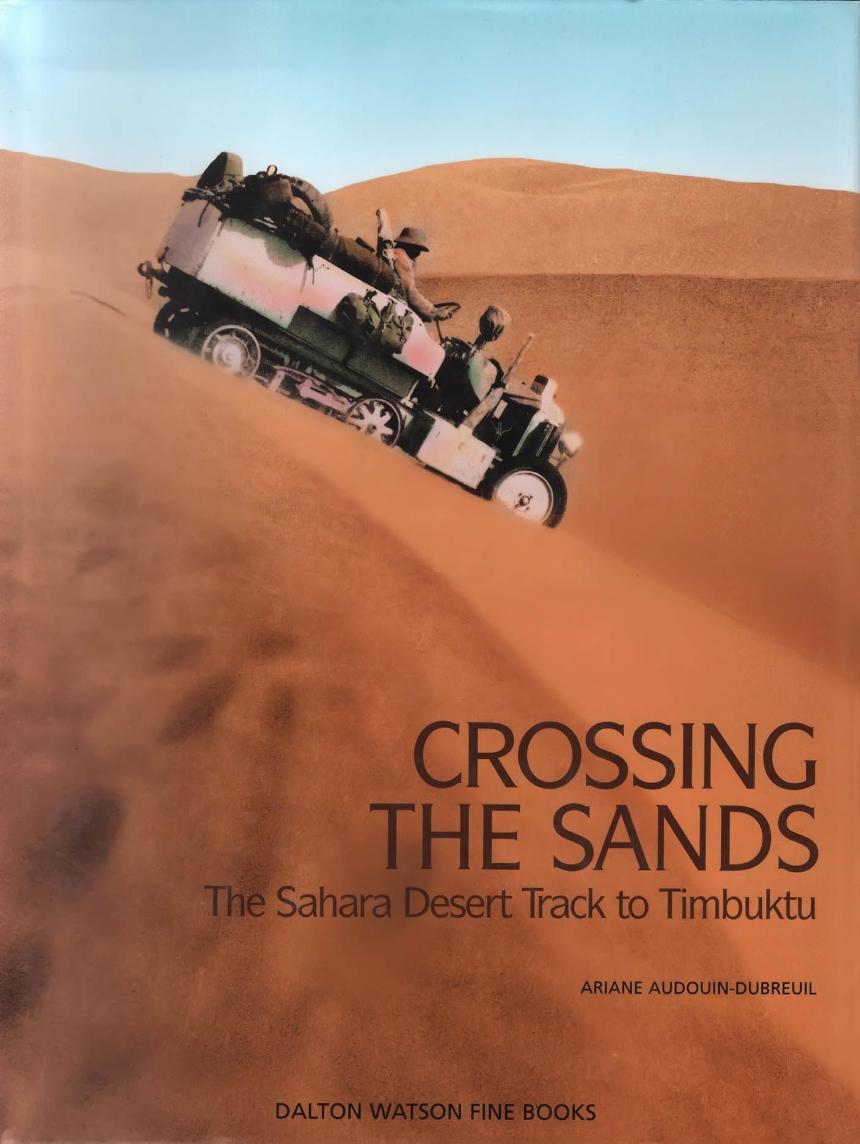 The Sahara Desert Track to Timbuktu

The Sahara Desert Track to Timbuktu

On December 17, 1922, Andre Citroën sent forth an expedition of half-tracks to follow the camel tracks across the Sahara desert from Algeria to Timbuktu on the banks of the River Niger. This was the first motorized crossing of the desert, carried out in fifteen stages and taking twenty-one days. It permitted the establishment the establishment of a land connection between North Africa and the Sudan, at that time extremely isolated, and opened the way for the exploration of the heart of Africa. This first crossingj was the culmination of the long and slow penetration of the Sahara by car and plane between 1910 and 1921. During this time, the courageous drivers and pilots of the French military squadrons based in Algeria and Tunisia explored the dunes of the Grand Erg and Tanezrouft, sometimes losing their lives, but they paved the way fir this first, victorious Citroën expedition. To reconstruct this history of the Crossing of the Sands, Ariane Audouin-Dubreuil has delved into the diaries and archives of her father who was one of the pioneers of the exploration of the Sahara during this time. Along with Georges Marie Haardt, André Citroën’s close collaborator and partner, he planned and led the expedition which succeeded in reaching Timbuktu, and then returned by a different route to Algeria. The book is rich in wonderful period photographs and vividly recounts the dangers and difficulties of exploration in those times. First published in French, the book has now been translated into English.