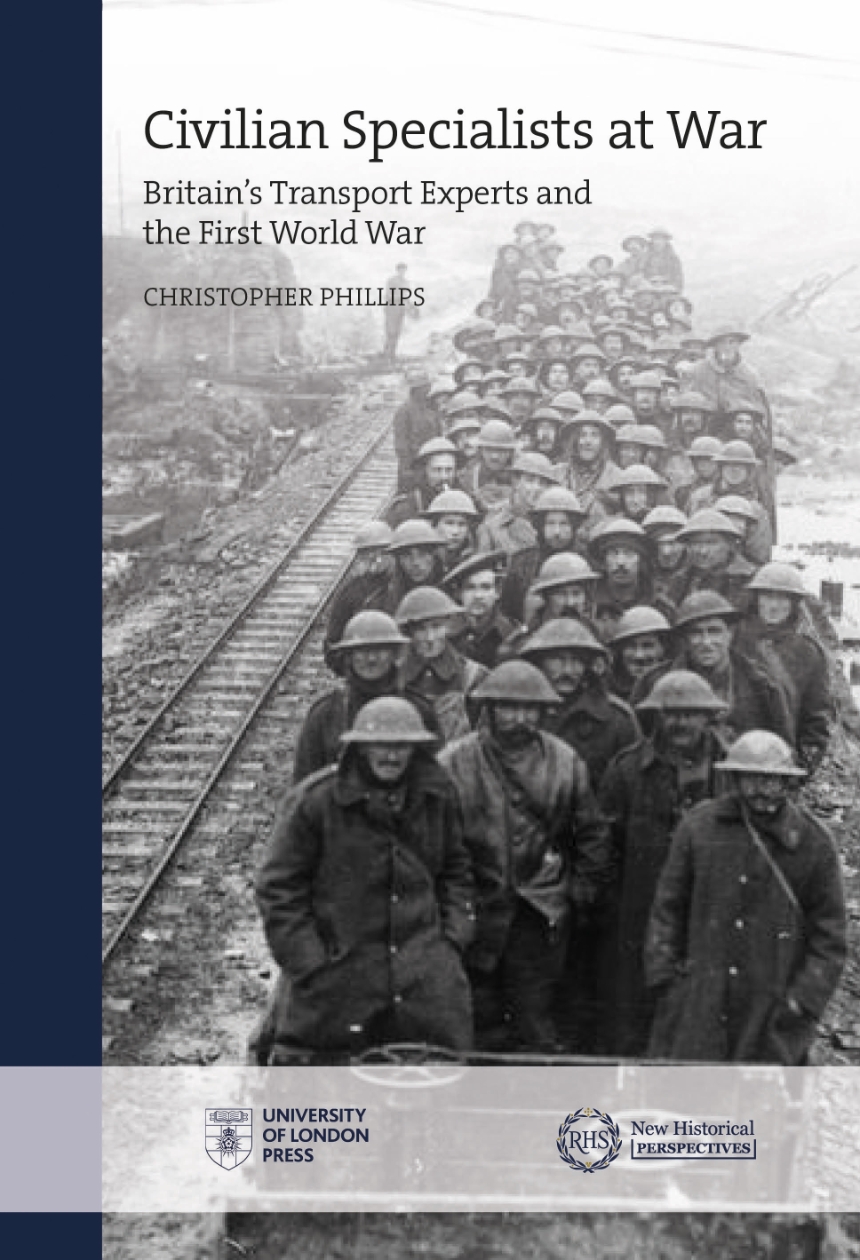 World War I was the first great general conflict to be fought between highly industrial societies able to manufacture and transport immense quantities of goods over land and sea. Yet the armies of the war were too vast in scale, their movements too complex, and the infrastructure upon which they depended too specialized to be operated by professional soldiers alone.

In Civilian Specialists at War, Christopher Phillips examines the relationship between industrial society and industrial warfare through the lens of Britain’s transport experts. Phillips analyzes the multiple connections between the army, the government, and the senior executives of some of prewar Britain’s largest industrial enterprises, revealing that civilian transport experts were a key component of Britain’s strategies in World War I. This book also details the application of recognizably civilian technologies and methods to the prosecution of war, and documents how transport experts were constrained by the political and military requirements of coalition warfare.

“A timely addition to the ever-emerging new historiographical understanding of the First World War in Britain. . . . This book should be on the shelves of every First World War historian.”

“Christopher Phillips’s impressive debut, therefore, is an important, timely and very welcome addition to our knowledge and understanding of a neglected, though critical, aspect of Britain’s war effort.”

“It is now difficult, for me, to view battles like Passchendaele without considering the enormous logistical planning that made them possible by men whose extraordinary contribution has largely been overlooked by history.”

“Serious studies of military logistics are rare, and this is a well-presented, informative and useful study that is recommended.”

“The role of transportation was much more nuanced than previous authors have led us to believe and Phillips’ work opens the door for further crucial analysis.”

1. Forging a relationship: the army, the government and Britain’s transport experts, 1825–1914

2. A fruitful collaboration: Henry Wilson, the railways and the BEF’s mobilization, 1910–14

3. Stepping into their places: Britain’s transport experts and the expanding war, 1914–16

4. Commitment and constraint I: the South-Eastern and Chatham Railway and the port of Boulogne

6. The civilians take over? Sir Eric Geddes and the crisis of 1916

7. ‘By similar methods as adopted by the English railway companies’: materials and working practices on the western front, 1916–18

9. The road to victory: transportation in the British Expeditionary Force, 1917–18