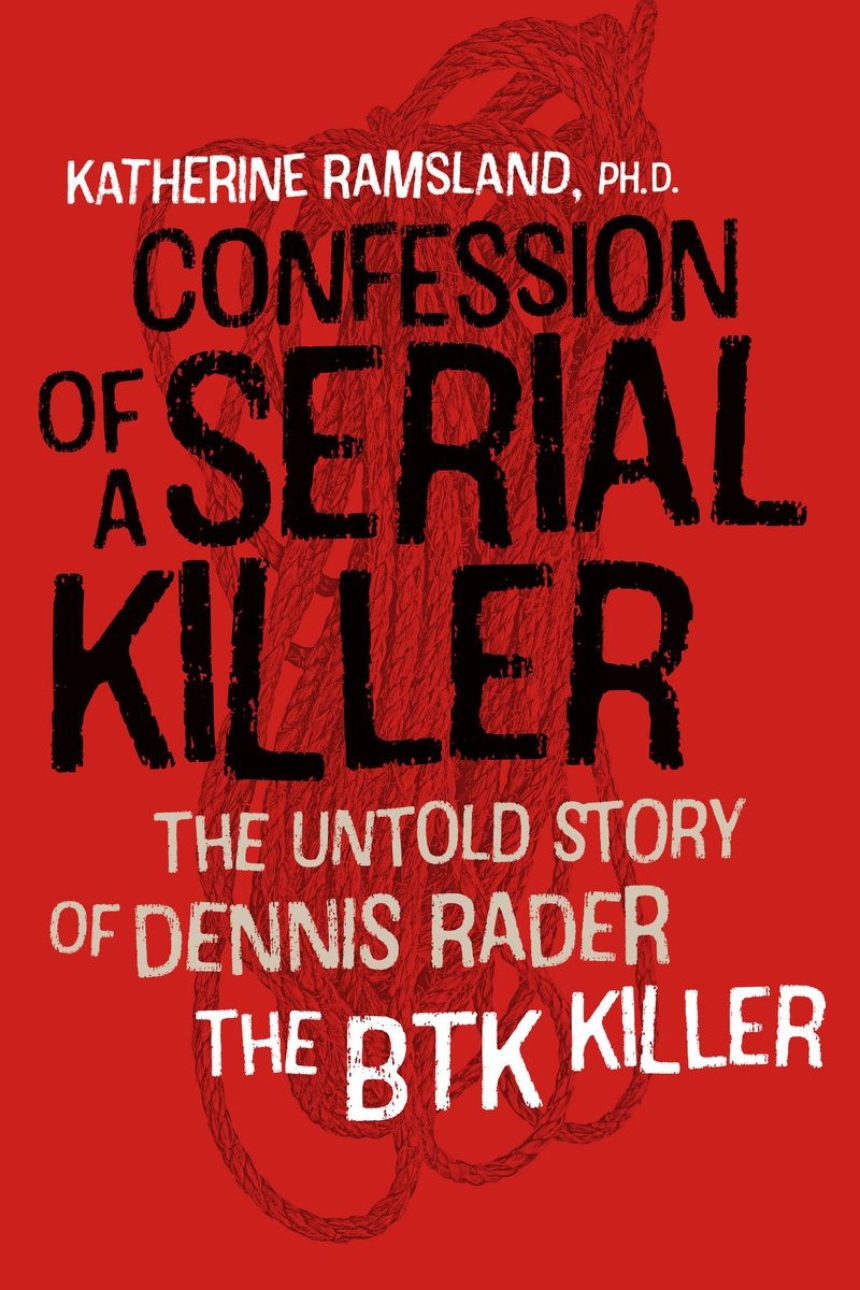 Confession of a Serial Killer

The Untold Story of Dennis Rader, the BTK Killer

Confession of a Serial Killer

The Untold Story of Dennis Rader, the BTK Killer

In 1974, Dennis Lynn Rader stalked and murdered a family of four in Wichita, Kansas. Since adolescence, he had read about serial killers and imagined becoming one. Soon after killing the family, he murdered a young woman and then another, until he had ten victims. He named himself “B.T.K.” (bind, torture, kill) and wrote notes that terrorized the city. He remained on the loose for thirty years. No one who knew him guessed his dark secret. He nearly got away with his crimes, but in 2004, he began to play risky games with the police. He made a mistake. When he was arrested, Rader’s family, friends, and coworkers were shocked to discover that B.T.K. had been among them, going to work, raising his children, and acting normal. This case stands out both for the brutal treatment of victims and for the ordinary public face that Rader, a church council president, had shown to the outside world. Through jailhouse visits, telephone calls, and written correspondence, Katherine Ramsland worked with Rader himself to analyze the layers of his psyche. Using his drawings, letters, interviews, and Rader’s unique codes, she presents in meticulous detail the childhood roots and development of one man’s motivation to stalk, torture, and kill. She reveals aspects of the dark motivations of this most famous of living serial killers that have never before been revealed. In this book Katherine Ramsland presents an intelligent, original, and rare glimpse into the making of a serial killer and the potential darkness that lives next door.

Acknowledgments • Introduction • The Death Path • First Inklings of Trouble • Dark Explorations • Down Time • Cubing • Pent Up • Double Lives • Factors X • The Killer Next Door • I Have a Problem • Stir Up the Pot • Looking Back • Greetings to My Fans • Story, Interrupted • The Inner Minotaur • Epilogue: The Tipping Point • Bibliography • Index