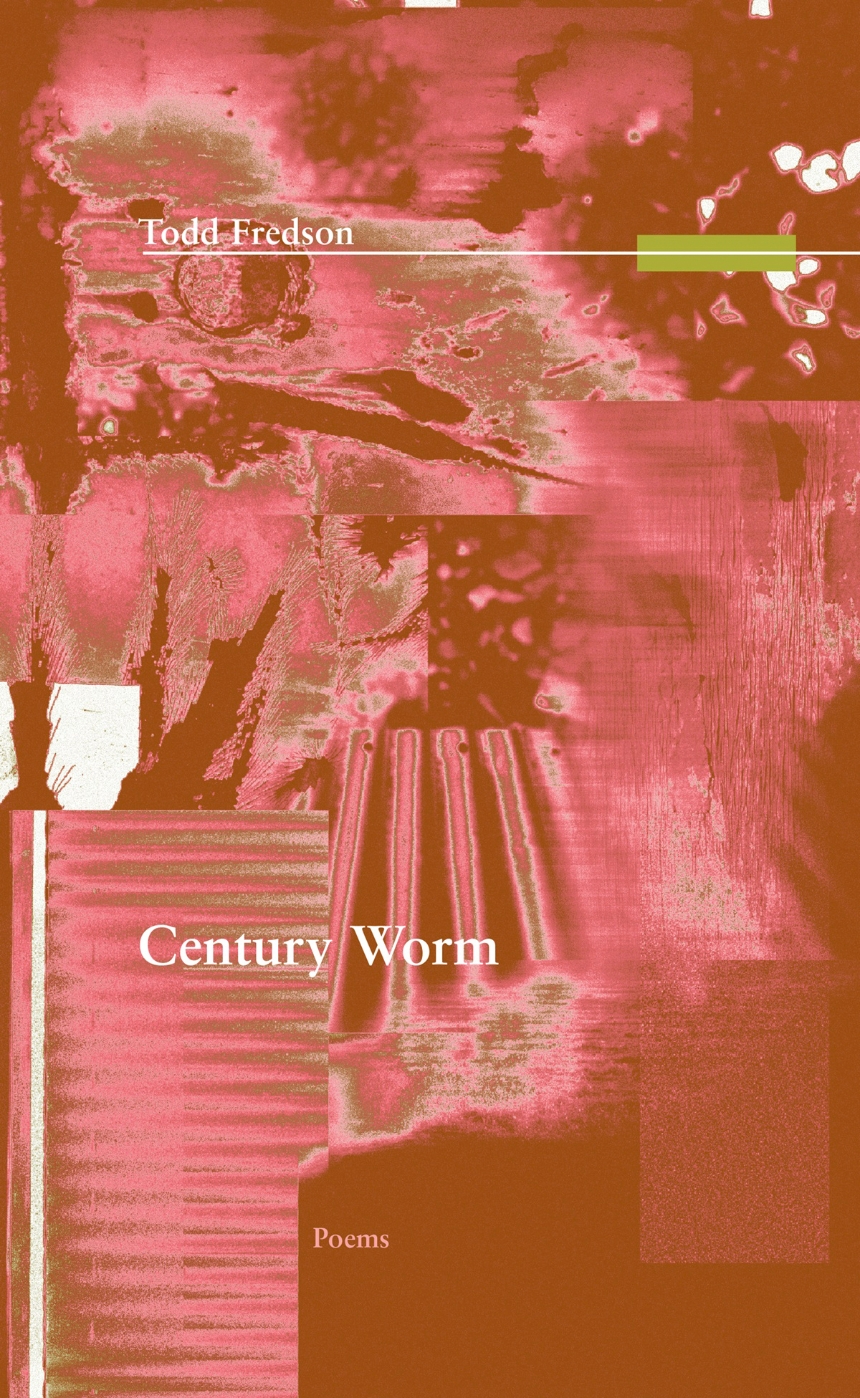 Century Worm confronts the impact of Western colonial policies and the sundering of nostalgia as the collection's speaker recalls living amid ethnic and political violence in West Africa's Ivory Coast. Drawing on human rights reports and personal experience, Century Worm wrestles with the ethical complexities of the lyric speaker. The poems concern themselves with the contours of belonging, with intimate relationship across distances, and with negotiating globalized subject positions.

"Whether in his translations of Josué Guébo or in his own original poems, Todd Fredson tirelessly commits his language to the difficult, critical work of examining the notion of belonging and home-losing. As though effortfully straining language through the page, Fredson's poems are lyric quests that examine what he calls 'the threshold between witness and participation' and his own subject position as a white, U.S. American male in an Ivory Coast on the brink of civil war. These are poems of history rescaled: fatherhood, miscarriage, work, and grasses. These are poems of place and of distance, severance and repetition. Fredson's lyrics astound with a sensuality and sparseness that conjure not only memory but the feeling of being possessed by remembering. Such poems remind us that the body is a palimpsest and the eye is tuned by image, by light, by experience. They problematize the idea that we are ever actually in just one place, and it is this very porousness that makes Century Worm read like an epic as much as a collection of individual pieces. This is a book of personal and national history, lament, and ferocious vulnerability."