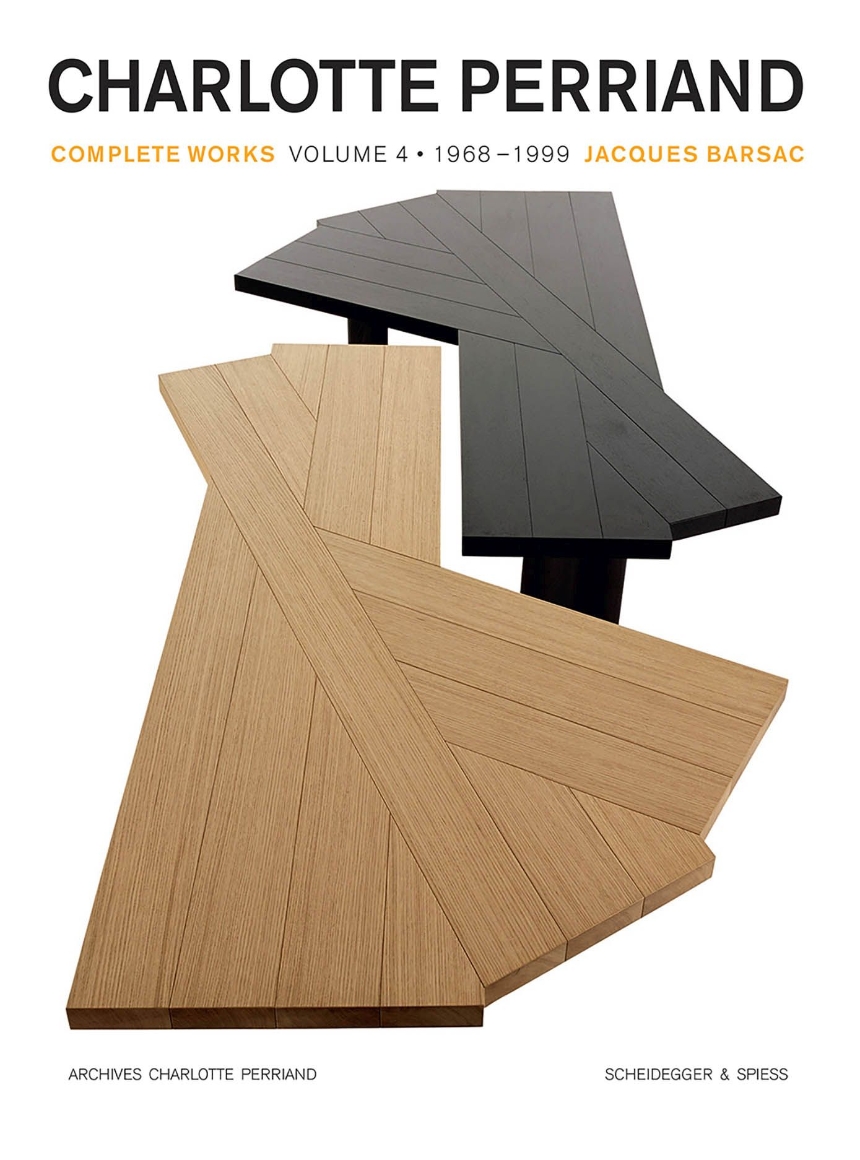 With a Preface by Michelle Perrot
Charlotte Perriand is one of the foremost figures in twentieth-century interior design. Together with her contemporaries and collaborators, such as Pierre Jeanneret, Le Corbusier, and Jean Prouvé—she created many pieces of furniture we now consider classics, including the instantly recognizable LC4 chaise. Her pioneering work with metal was particularly instrumental in paving the way for the machine-age aesthetic popular throughout the 1920s and ’30s.

The concluding fourth volume of this definitive monograph on Charlotte Perriand covers the last three decades of her long career. At its core is the Les Arcs ski resort in the French Alps, where Perriand played a key role in the project development. A pioneer of bioclimatic architecture, she oversaw the architectural and urban design of Arc 1600 and Arc 1800 and created the interiors and entire outfitting down to cutlery and china for the more than 4,500 apartments. Les Arcs, an extraordinary undertaking both in sheer size and the extent of Perriand’s contribution, marks the culmination of her research on alpine housing in unison with nature. The book also features a number of projects—housing and art spaces—from Paris to Tokyo, in which she aimed once more to push the borders of a specific modern, cultivated way of living. It also offers a comprehensive appraisal of seven decades’ work that manifests the creative force and vision of this extraordinary woman, one of the most eminent protagonists of modern architecture and design.

Covering these important moments and many others, Charlotte Perriand completes the four-volume exploration of this key figure, complete with annotations and a bibliography for further research.