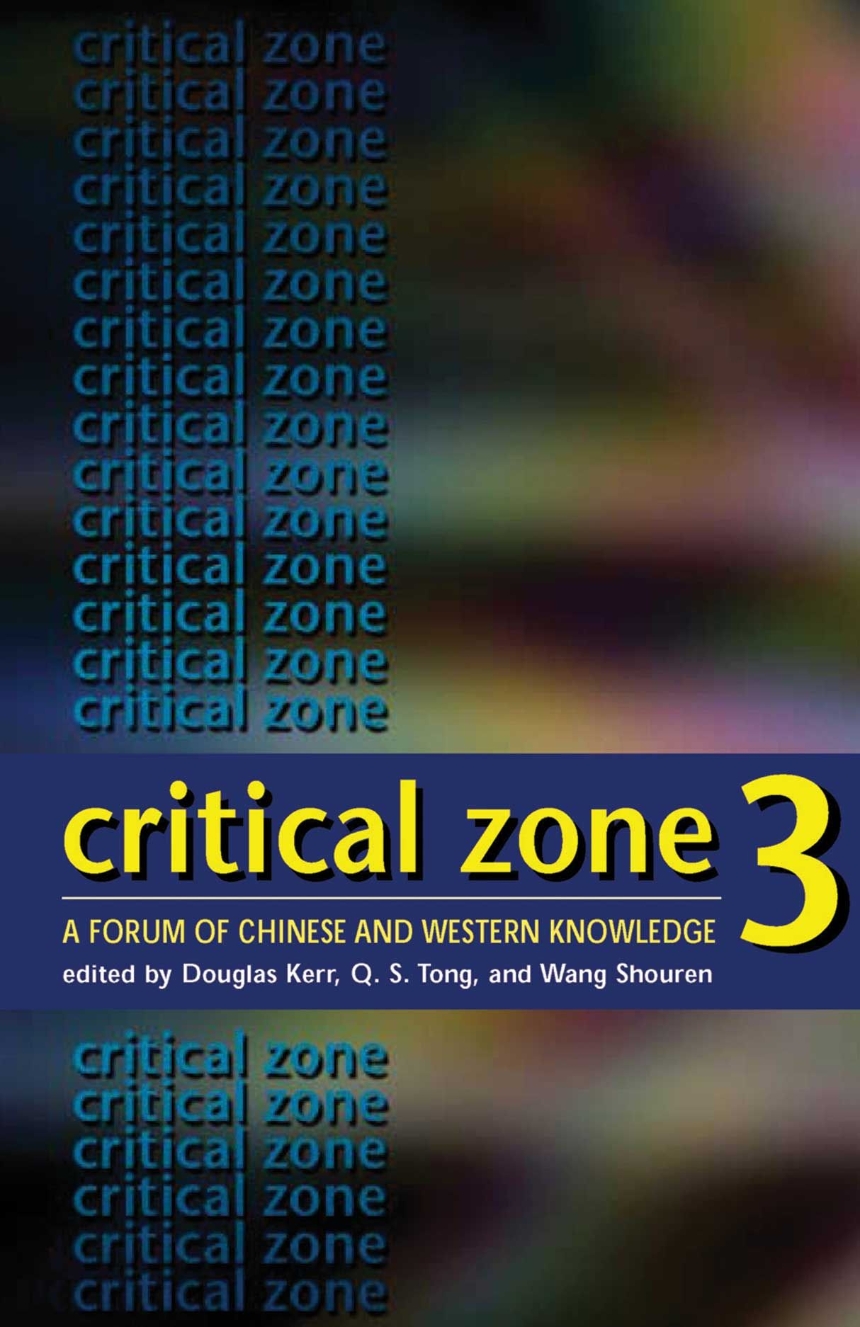 A Forum of Chinese and Western Knowledge

A Forum of Chinese and Western Knowledge

Critical Zone is a project of collaboration among scholars from Hong Kong, mainland China, the United States, and Europe. An established series in cultural and literary studies, jointly published by the Hong Kong University Press and Nanjing University Press, it is conceived as an intellectual bridge between China and the rest of the world, and a zone of scholarly and critical convergence beyond regional and disciplinary boundaries. Each volume has two sections the first features original articles on a set of related topics by scholars from around the world, and the second includes review essays and translations chosen as manifestations of recent critical trends and debates in China. This third volume begins with a section of powerful original essays entitled Locations, containing four essays of cultural and historical studies of Hong Kong, and then broadening out with two further essays on America as an “empire of immigrants”, and on imagining the global future. The second section contains English translations of path-breaking work by Chinese scholars on Chinese nationalism, history writing, China’s naval capabilities and foreign policy strategy. Critical Zone will be valuable to international readers who have no direct linguistic access to Chinese scholarship and to Chinese readers who wish to be informed of critical and intellectual developments elsewhere. It will be of interest to academics, graduate students, and undergraduate students working in the humanities and social sciences.