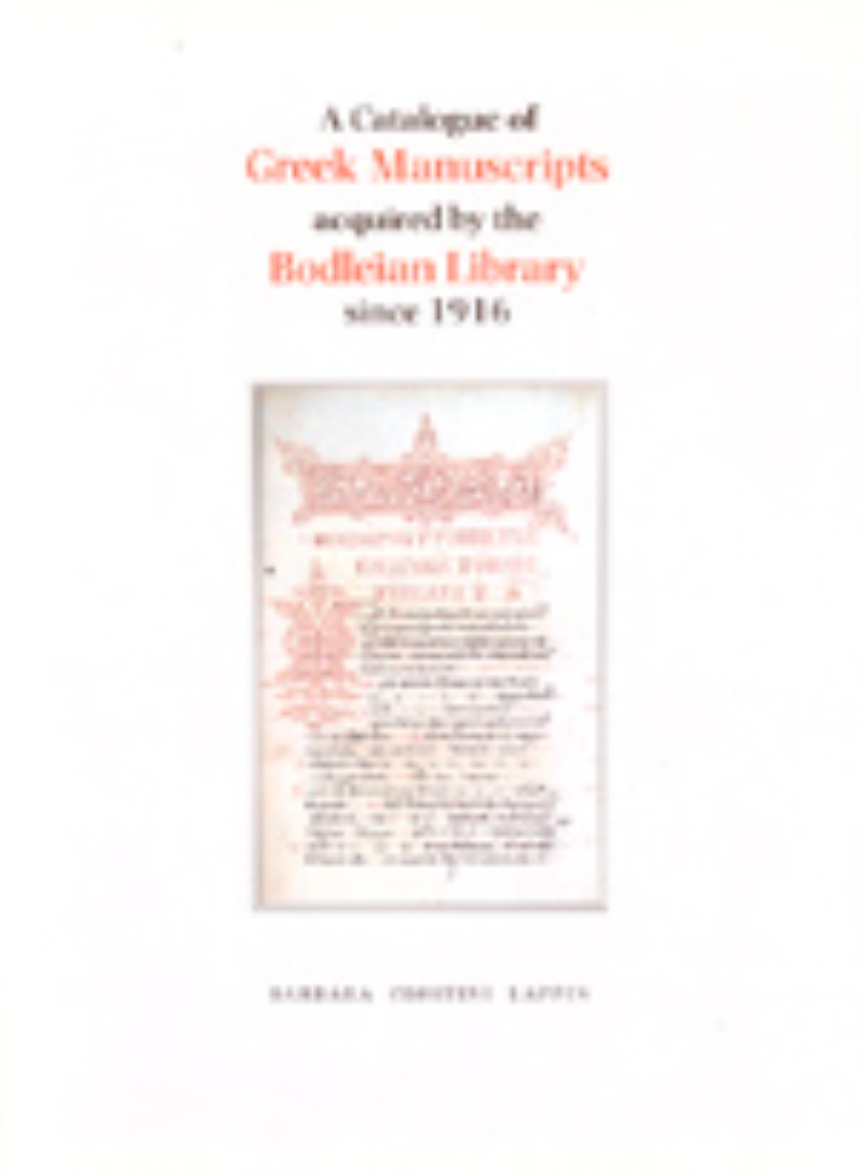 This catalog presents detailed descriptions of 19 Greek manuscripts acquired individually by the Bodleian during the twentieth century, and not previously described in any official Bodleian catalog. The manuscripts vary widely in date and subject-matter. They include new discoveries, such as unpublished passages in a new manuscript of Philippos Monotropos’s Dioptra and the Greek translation of three prayers composed of quotations from St. Augustine’s Confessions.