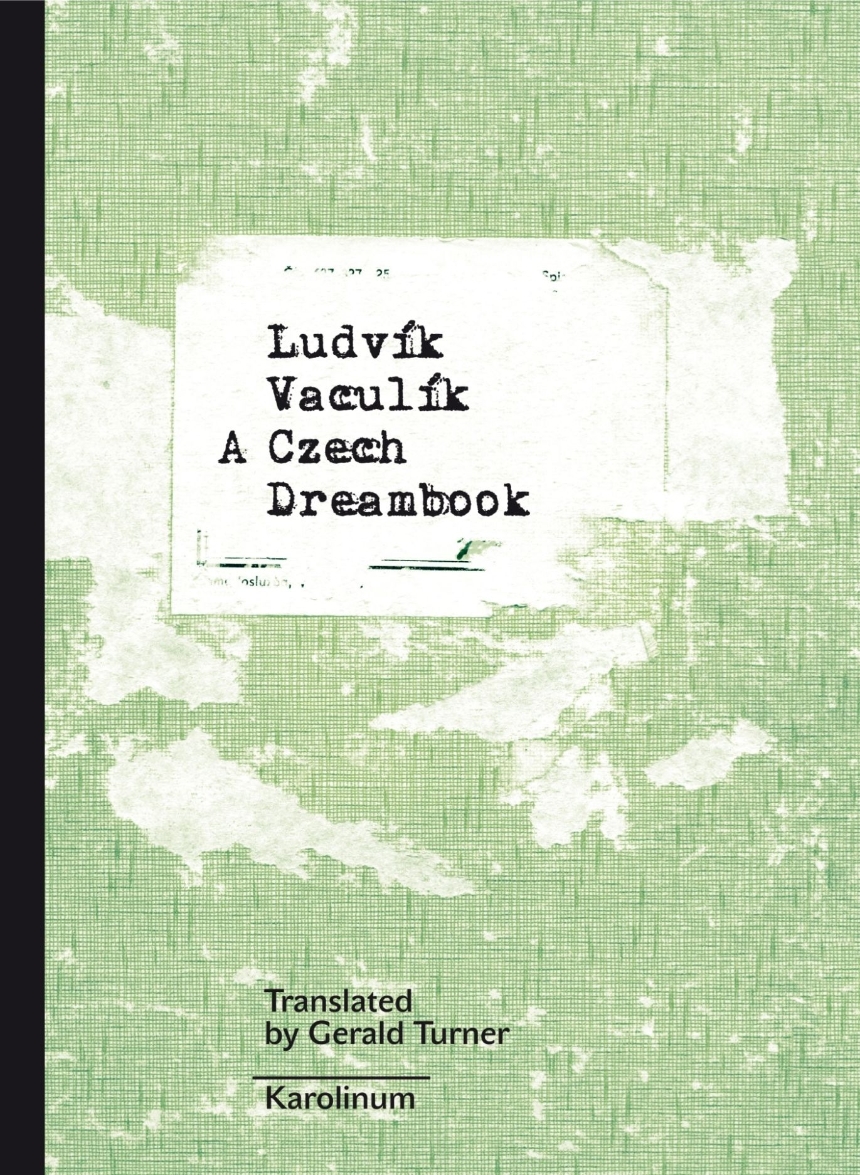 Translated by Gerald Turner
With an Afterword by Jonathan Bolton
It’s 1979 in Communist Czechoslovakia, ten years into the crushing period known as normalization, and Ludvík Vaculík has writer’s block. It has been nearly a decade since he wrote his powerful novel, The Guinea Pigs, and it was in 1968 that he wrote his anti-regime manifesto, Two Thousand Words, which the Soviet Union used as a pretext for invading Czechoslovakia. On the advice of his friend, the poet and surrealist painter Jiří Kolář, Vaculík begins to keep a diary, “a book about things, people, and events.” This marks the beginning of A Czech Dreambook.

Fifty-four weeks later, what Vaculík turns out to have written is a unique mixture of diary, dream journal, and outright fiction—an inverted roman à clef in which the author, his family, his mistresses, and the real leaders of the Czech underground play major roles. Undisputedly the most debated novel among the Prague dissident community of the 1980s, it is a work that Vaculík himself described as an amalgam of “hard-boiled documentary” and “magic fiction,” while Václav Havel called it “a truly profound and perceptive account. . . . A great novel about modern life and the crisis of contemporary humanity.”

A Czech Dreambook has been hailed as the most important work of Czech literature in the past forty years. And yet it has never before been available in English. Flawlessly translated by Gerald Turner, Vaculík’s masterpiece is a brilliant exercise in style, dry humor, and irony—an important portrait of the lives and longings of the dissidents and post-Communist elites.

“An unclassifiable book—history as memoir, through the imagination of an artist.”

“An exceptionally compelling account of a mind and an era, presented here in English for the first time, 40 years after it was completed. . . . A startling and original work of art describing the mess and the joy of being human.”

“A Czech Dreambook has cult status in the Czech Republic. Sparklingly translated by Gerald Turner, it offers a fascinating experience to [English-language] readers. . . There is a wonderfully compelling authenticity to the book’s blurring of high-minded political conviction with equally urgent personal needs”

“Freud would probably have been a most eager and grateful reader of Vaculík’s book, but there is enough to fascinate others in Gerald Turner’s inventive and competent translation, expertly revised and contextualized by Jonathan Bolton.”

"Soon to be available in English for the first time since Czech dissident writer Vaculík completed it in 1980, A Czech Dreambook is being hailed by its publisher as ‘the most important work of Czech literature in the last forty years’. Such statements can sometimes be made lightly, but in this case it may well be true. Part novel, part dream diary, part commentary on the life of cultural dissidents in Czechoslovakia in the late 1970s, this genre-defying and utterly compelling book certainly has all the hallmarks of a masterpiece."

“A novel about hope and hopelessness, about ever-present danger, about the strange dreamlike quality of life in a totalitarian system, about the absurdity of present-day ‘civilized’ living, about losing a home and the disintegration of time and human identity, about love, about nature, about courage, about fear, about death.”

“I could write a whole novel about Vaculík, except that he has already written one about himself. The novel is entitled A Czech Dreambook and tells a lot about the things you won’t even want to believe could have really happened.”

“Whether they liked it or not, ACzech Dreambook supplied many dissidents with their most intense reading experience of the normalization years.”

Jonathan Bolton, Harvard University professor of Slavic languages and literature, in his book "Worlds of Dissent"