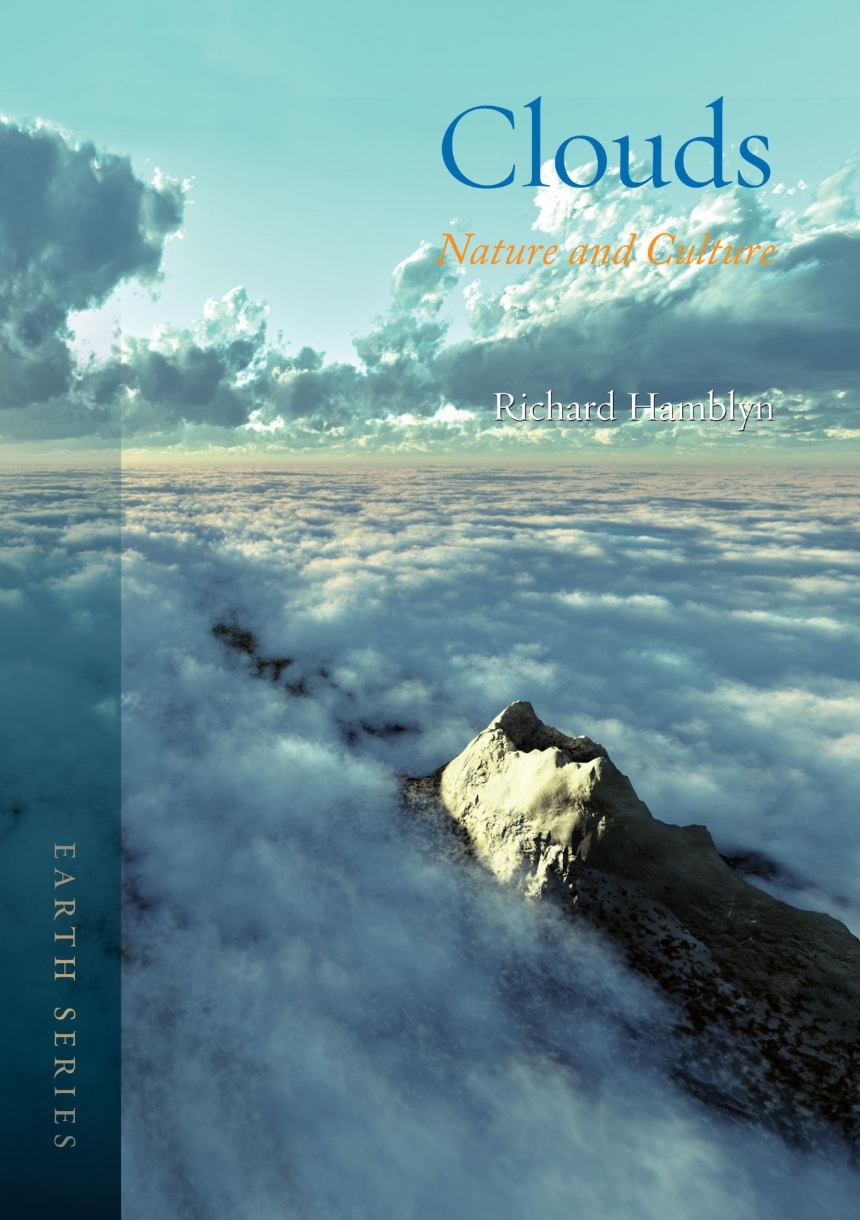 Clouds have been objects of delight and fascination throughout human history, their fleeting magnificence and endless variety having inspired scientists and daydreamers alike. Described by Aristophanes as “the patron goddesses of idle men,” clouds and the ever-changing patterns they create have long symbolized the restlessness and unpredictability of nature, and yet they are also the source of life-giving rains. In this book, Richard Hamblyn examines clouds in their cultural, historic, and scientific contexts, exploring their prevalence in our skies as well as in our literature, art, and music.

As Hamblyn shows, clouds function not only as a crucial means of circulating water around the globe but also as a finely tuned thermostat regulating the planet’s temperature. He discusses the many different kinds of clouds, from high, scattered cirrus clouds to the plump thought-bubbles of cumulus clouds, even exploring man-made clouds and clouds on other planets. He also shows how clouds have featured as meaningful symbols in human culture, whether as ominous portents of coming calamities or as ethereal figures giving shape to the heavens, whether in Wordsworth’s poetry or today’s tech speak. Comprehensive yet compact, cogent and beautifully illustrated, this is the ultimate guidebook to those shapeshifters of the sky.

“Ambiguity about what clouds are—objects, phenomena, systems or processes?—has only helped them to develop a rich life in our imaginations . . . [Clouds] blends nature and culture in a lavishly illustrated account of the physics of clouds that gives equal attention to the ‘myths and metaphors,’ their appearances in art and music, and even ‘future clouds.’”

“This book, one of many excellent titles in the Earth series, is a mix of mythology, history, literature, art history, and science. It introduces us to cloud seeding, cloud music, and the special effects that made clouds movie stars (think The Wizard of Oz and Twister). Now you’ll be able to ‘read’ clouds in an entirely new way.”

“Hamblyn provides a multifaceted narrative on nature’s most versatile creation. Packed with colorful pictures, this book could easily be the most comprehensive and authoritative text on the subject. And, indeed it is . . . a magnificent collection of these stories—from their wooly journey through art, literature, music, and photography, to their sinister manipulation for military use and anthropogenic modifications. . . . Cogent and colorfully illustrated, this is the ultimate guide to the past, present, and future of clouds.”

"Hamblyn shares the fruits of his wide-ranging reading and erudition on the subject. The appearances of clouds in mythology, history, science, literature, art, photography, and music are all featured within this work. There are copious illustrations, including many color photographs and art reproductions, an appendix of 'Cloud Species and Varieties,' and a timeline of the scientific and artistic works treating clouds that are mentioned in the text. Like many of the volumes in this series, the book is a beautifully produced and presented work. It will be an attractive and enjoyable resource for students and a wide variety of readers. . . . Recommended."

“Part of the Earth series, the densely packed paperback features 106 wonderful illustrations, ranging from romantic and classical depictions of the sky through to photographs of rare meteorological phenomenon, such as ‘hole-punch clouds.’ . . . The book is wide-ranging in its approach to thinking about clouds and culture, with an abundance of apt imagery, and based on a vast amount of broad and thorough primary research. Whether reading outright in one sitting, or dipping in as a coffee-table read, all who come to this book, whether historian, geographer, scientist, enthusiast. or accidental reader will find something new, novel, and of interest about those seemingly fluffy features, that continue to capture our imagination.”

“Who hasn’t at some time in their life, lain on the grass and identified images in the clouds above them? Hamblyn’s book covers the whole range of our fascination with clouds in a well-written and beautifully illustrated account of the development of cloud classification, clouds in myth, literature, art, and music, and the modern practice of artificial cloud modification. . . . This book is an example of how cultural geography can introduce a new depth of understanding into the study of natural phenomena. . . . A book that can be read with enjoyment and interest by specialists in the subject and those with interest in, but little knowledge of, meteorology. . . . You will see the clouds differently next time you lie on the grass!”