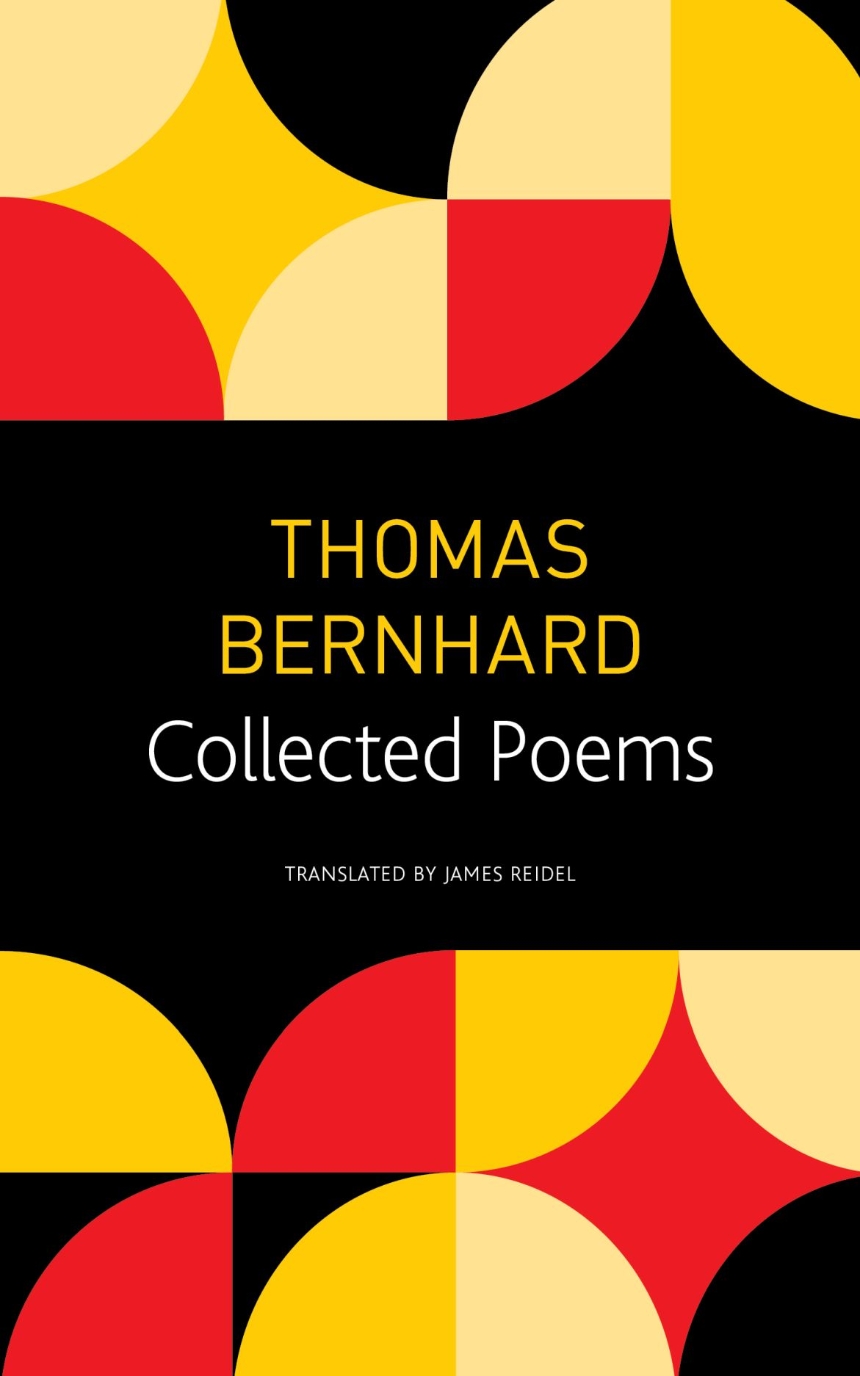 Translated by James Reidel
Bernhard’s Collected Poem is a key to understanding Bernhard’s irascible black comedy found in virtually all of his writings—even down to his last will and testament.

Beloved Austrian writer Thomas Bernhard (1931–89) began his career in the early 1950s as a poet. Over the next decade, Bernhard wrote thousands of poems and published four volumes of intensely wrought and increasingly personal verse, with such titles as On Earth and in Hell, In Hora Mortis, and Under the Iron of the Moon. Bernhard’s early poetry, bearing the influence of Georg Trakl, begins with a deep connection to his Austrian homeland. As his poems saw publication and recognition, Bernhard seemed always on the verge of joining the ranks of Ingeborg Bachmann, Paul Celan, and other young post-war poets writing in German. During this time, however, his poems became increasingly more obsessive, filled with undulant self-pity, counterpointed by a defamatory, bardic voice utterly estranged from his country, all of which resulted in a magisterial work of anti-poetry—one that represents Bernhard’s own harrowing experience with his leitmotif of success and failure, which makes his fiction such a pleasure. There is much to be found in these pages for Bernhard fans of every stripe.

"Fans of Bernhard already know him for having an incredibly idiosyncratic, hypnotic, philosophical style in his many novels, plays, and massive autobiography. This unprecedented (in the English language) collection of his poetic output now offers an entirely new vantage on what made Bernhard such a classic writer. A major book, and a long awaited one, this should not be missed."