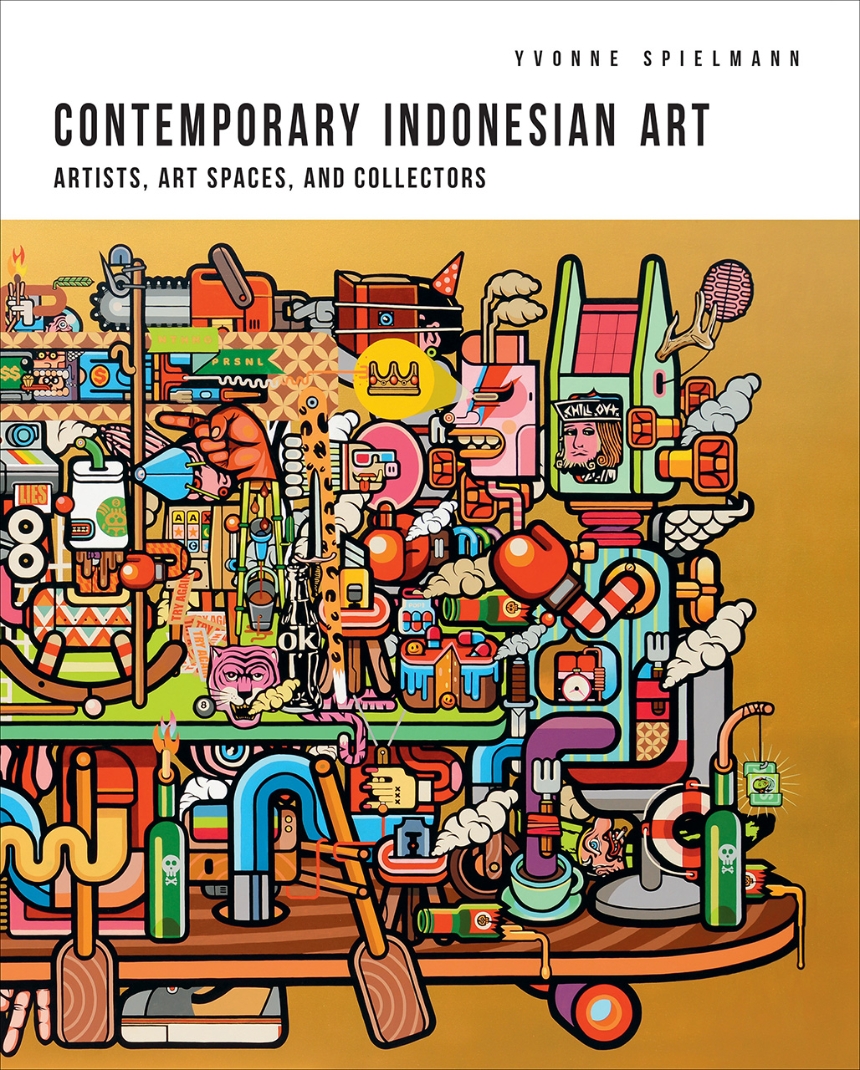 Translated by Mitch Cohen
Indonesia’s contemporary art scene is fast becoming a favorite among collectors and critics, taking its place alongside the growing interest in works from China, India, and Korea. Pieces by Indonesian artists are selling for record-breaking prices, and the country is preparing to open its first Museum of Modern and Contemporary Art this fall. After decades of struggling to find representation in international galleries and museums, Indonesia is staking its claim as a key player in the global art world.

Contemporary Indonesian Art is a comprehensive introduction to the country’s key artists, curators, institutions, and collectors. It demonstrates how early artists broke from colonial and post-colonial power structures and shows how today’s artists grapple with issues of identity, globalization, and nation-building in Indonesia. The survey crosses ethnic, cultural, and religious boundaries, combining the traditional (batik, woodcut, dance, and Javanese shadow puppet theater) with the contemporary (comics and manga, graffiti, and advertising). Taken together, it is a powerful argument for why Indonesia is becoming a major force in the international art community.

“Spielmann makes it clear that Indonesian contemporary art must be seen in a different light from a Western understanding of the contemporary. This book is an illuminating introduction to the Indonesian art world.”

Carla Bianpoen, artistic director and cocurator for the Indonesia Pavilion at the Venice Visual Art Biennale 2013 and 2015

"In short, Prof. Spielmann's elegant book...provides an overview of the most recent cracks within Indonesian contemporary art, and its relevance not only in Asia but on the global art scene ... As a reference work, the book will be useful to students of art, especially to those interested in postcolonial issues, and generally to specialists of Southeast Asian popular cultures."