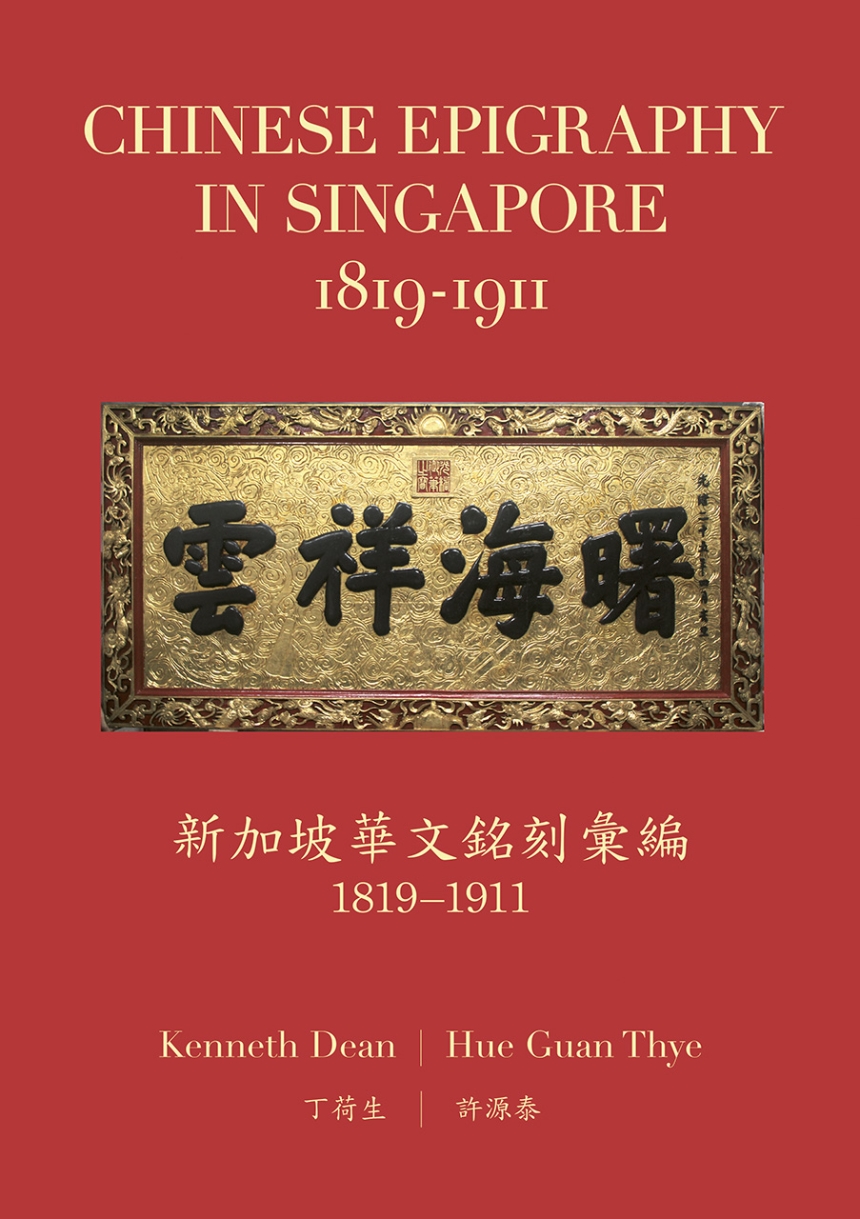 The history of Singapore’s Chinese community has been carved in stone and wood throughout the country. This book looks specifically at sixty-two temples, native-place associations, and guildhalls where epigraphs made between 1819 and 1911 are still found today. These early inscriptions provide first-hand historical information on the aspirations and contributions of the early generation of Chinese settlers in Singapore and reveal the many ways that the epigraph’s chosen structures—and the institutions they represent—have evolved over the years. These epigraphs, newly translated into English, open a window into the world of Chinese communities in Singapore, offering an important source for the study of both Chinese overseas as well as the place of Buddhism and Taoism within the political and social climate of colonial and postcolonial Singapore.

“There is no doubt that this new collection of epigraphic material constitutes a repository of Singapore cultural and historical heritage and will become an indispensable tool for all the scholars interested in that country.”