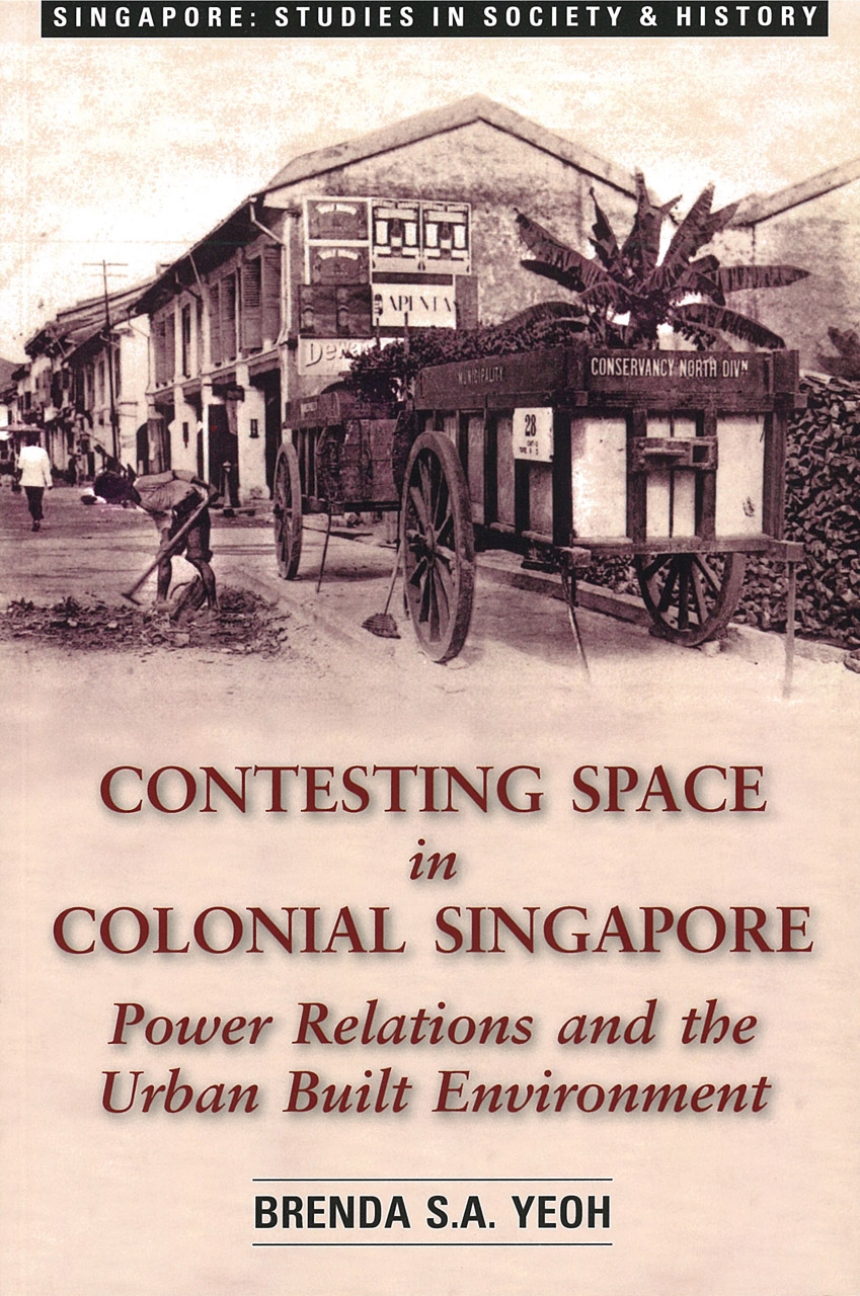 In the British colonial city of Singapore, municipal authorities and Asian communities faced off over numerous issue. As the city expanded, disputes arose in connection with sanitation, housing, street names, control over pedestrian ’five-foot-ways’, and sacred spaces such as burial grounds. Brenda Yeoh’s Contesting Space in Colonial Singapore details these conflicts and how they shaped the city. The British administration structured the private and public environments of the city with an eye toward shaping human behaviour, following scientific principles and the lessons of urban planning in other parts of the world. For the Asian communities, Singapore was the place where they lived according to their own values, priorities and resources. The two perceptions of the city frequently clashed, and the author reads the cityscape of Singapore as the result of this contest between discipline and resistance. Drawing on meticulous research and a theoretically sophisticated use of cultural and social geography, post-colonial historical discourse, and social theory, the author offers a compelling picture of a critical stage in Singapore’s past. It is an important contribution to the study of colonial cities and an indispensable resource for understanding the shape of modern Singapore.