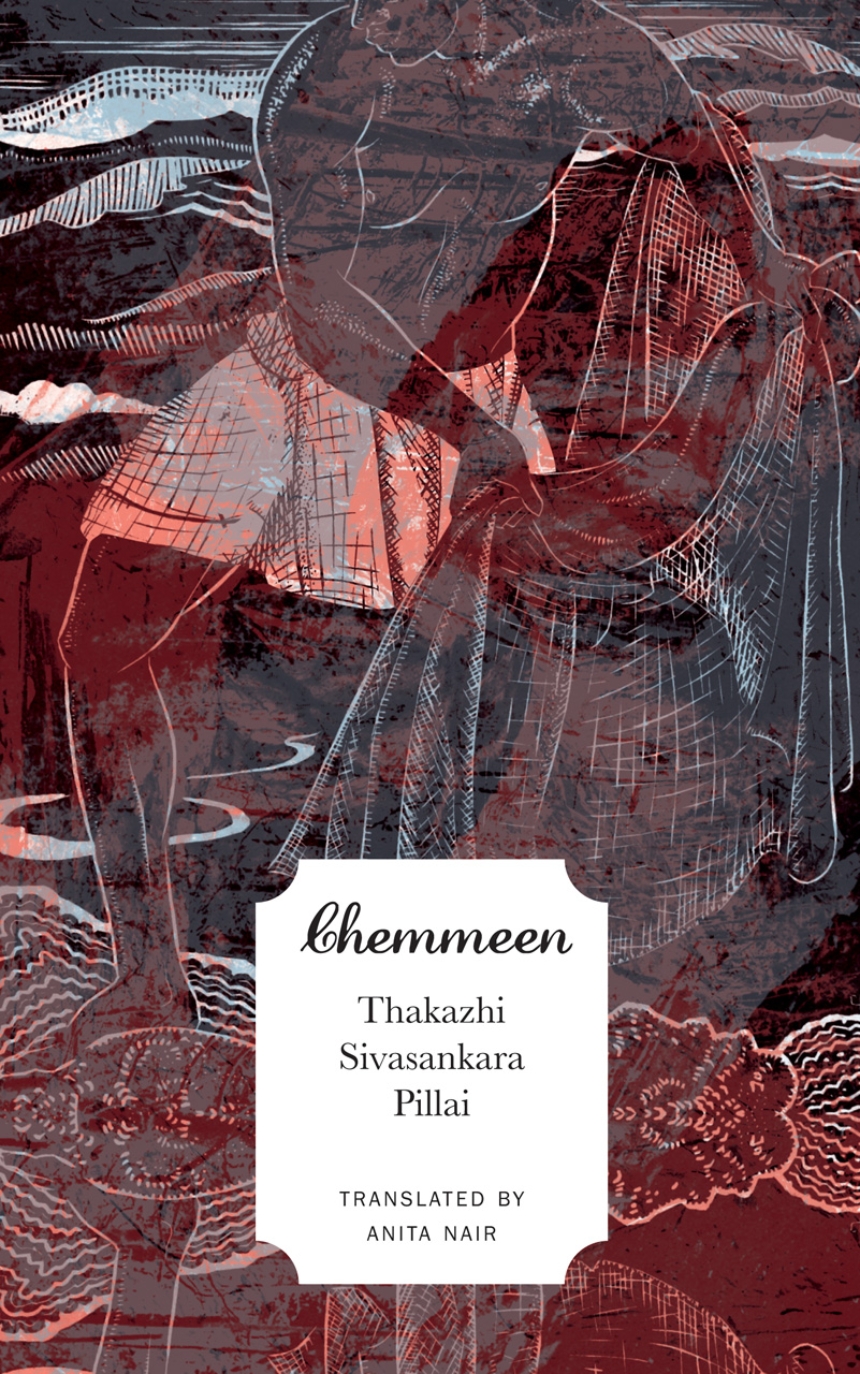 Translated by Anita Nair
Chemmeen tells the story of the relationship between Karutthamma, a Hindu woman from the fisherfolk community, and Pareekkutty, the son of a Muslim fish wholesaler. Unable to marry Pareekkutty for religious reasons, Karutthamma instead marries Palani, who, despite his wife’s scandalous past, never stops trusting her—a trust that is reaffirmed each time he goes to sea and comes back safe. For the fishermen have an important saying: the safe return of a fisherman depends on the fidelity of his wife. Then, one fateful night, Karutthamma and Pareekkutty meet and their love is rekindled while Palani is at sea, baiting a shark.

Previously available only in India, this hugely successful novel was adapted into a film, winning great critical acclaim and commercial success. Anita Nair’s evocative translation from Malayalam brings this tale of love and longing, a classic of Indian literature, to a new audience.

"The reissuing of this book is important for feminist literature in the 21st century. While the novel demonstrates the progress women have made against their subjugation, Karuthamma’s tragic story also serves as a reminder of the persistence of misogyny and the courage it takes to resist it."