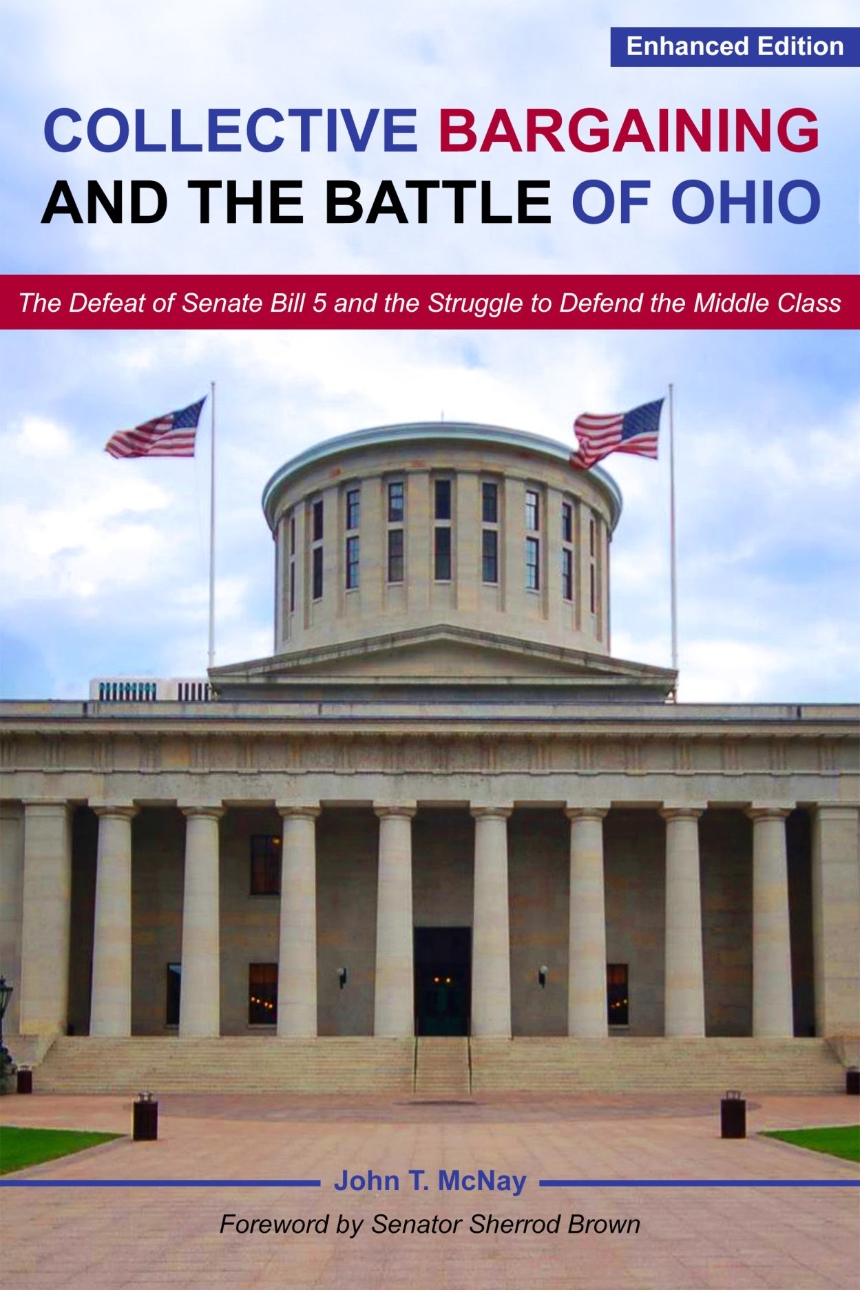 Collective Bargaining and the Battle for Ohio

Collective Bargaining and the Battle for Ohio

This study outlines the landmark “We Are Ohio” labor coalition.

In 2011, Ohio Governor John Kasich and his Republican-controlled legislature passed the radical Senate Bill 5 designed to impede the labor movement, particularly targeting unionized professors. Collective Bargaining and the Battle for Ohio is the story of how professors worked alongside firefighters, police, and janitors to defend universities, the value of higher education, and their collective bargaining rights. Faculty across the state joined “We Are Ohio,” a historic coalition of unions and progressive groups that spearheaded efforts to protect employees’ rights to have a voice in the workplace. A massive political struggle ensued, pitting the labor movement against powerful corporate forces, and on election day, Ohioans defended the middle class by repealing Senate Bill 5 by a nearly 2-1 margin.

In this tenth-anniversary edition, historian, higher education expert, and author John T. McNay updates the introduction and pairs his compelling account with video and articles which highlight the struggles of the union battle.

“McNay tells the inspiring story of how the people of Ohio came together and successfully waged an epic battle against those who were trying to strip them of their collective bargaining rights; a fight to protect all Ohioans from the destructive actions of arrogant right-wing politicians and their greedy corporate benefactors. Everyone who wants our country to be a place where workers are respected and the middle class can thrive, should read this book.”