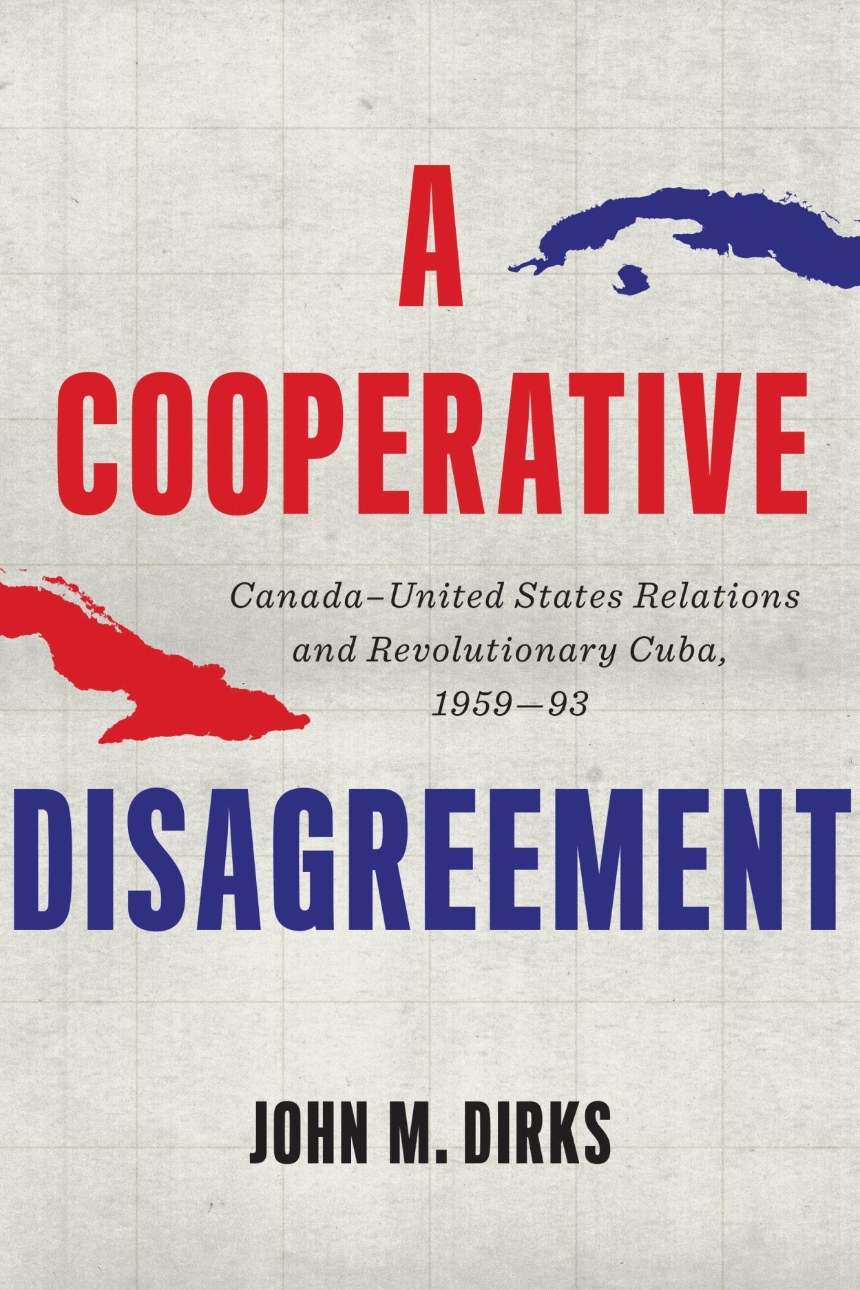 A comprehensive study of North American foreign policy in Cuba.

A Cooperative Disagreement demonstrates how the United States and Canada successfully kept divergent policies on revolutionary Cuba from damaging their relationship.

Covering the period from 1959 to the end of the Cold War, John M. Dirks investigates the efforts of US and Canadian politicians to cooperate despite differing approaches toward Cuba. Washington sought the downfall of the Communist regime. Ottawa chose engagement instead. Ultimately, these two North American powers upheld the hard policy boundaries set by their governments while establishing a mutually beneficial relationship on issues of intelligence, travel, and other areas of engagement with Cuba.

Drawing on archival documents from both sides of the border, many newly declassified, this comprehensive study reveals how officials in Washington and Ottawa managed to preserve bilateral harmony despite conflicting policies.