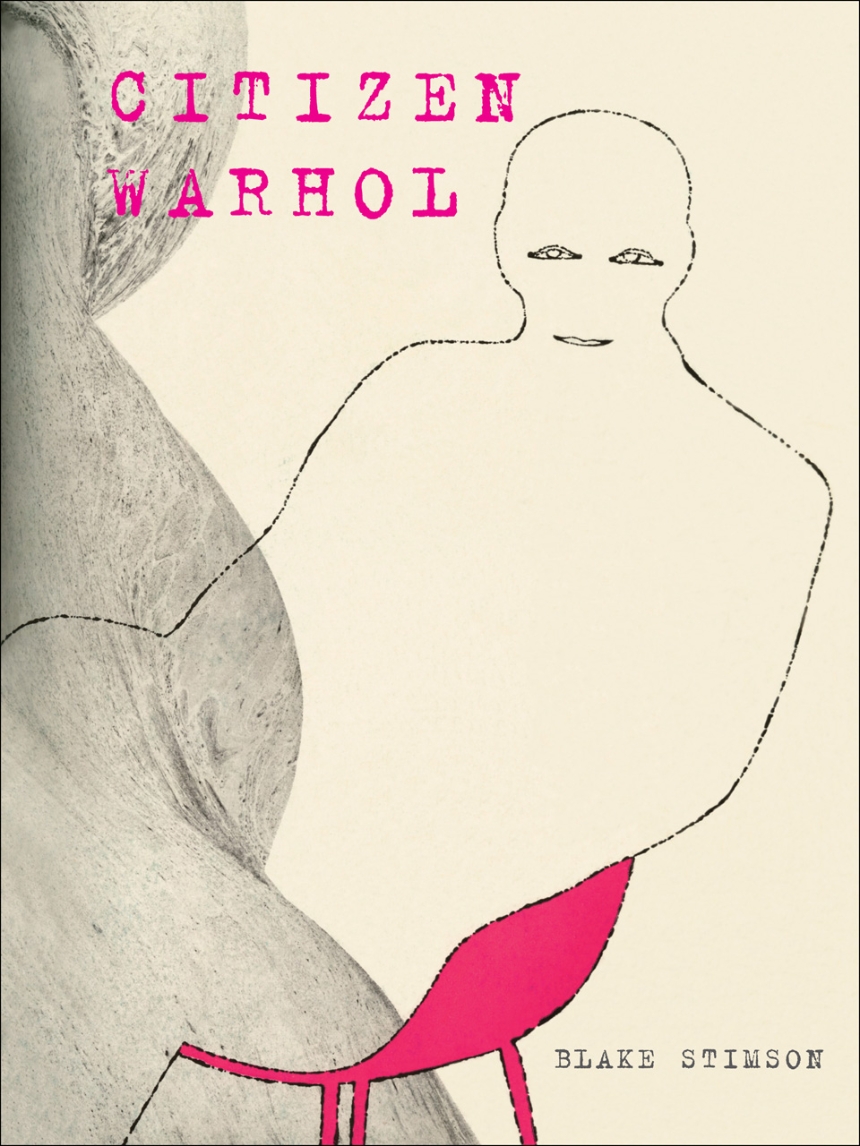 From his life to his work, Andy Warhol is an enigma. The leading figure of the pop art movement, Warhol created paintings, films, performance art, and his famous studio, the Factory, in New York City. Fans, aficionados, enthusiasts, experts, and critics alike have tried to make sense of Warhol, creating a wealth of knowledge  and speculation. Blake Stimson builds on this project in this gorgeously illustrated book, which brings new attention to the philosophical and creative influences behind Warhol’s life and work.
Citizen Warhol leads us through the artist’s youth, from his religiously infused childhood and adolescence in Pittsburgh to his university training at the Carnegie Institute of Technology, where he was profoundly affected by Carnegie’s industrial-age theory of art. Stimson recounts Warhol’s brief but formative dalliance with the guilt-riddled sensibility and decadent lifestyle of Aubrey Beardsley, an English illustrator whose drawings emphasize the grotesque and the erotic. In addition, Stimson describes how the Byzantine-influenced religious rituals of Warhol’s childhood affected his relationships with the figures who starred in his films and staffed the Factory, as well as relating the lessons he learned from his triumphs as a commercial artist working in a world still beholden to the Red Decade ideals of the 1930s. More than any other artist, Stimson shows, Warhol represents the unresolved contradiction between the ideal of the citizen and that of the consumer, an incongruity people continue to struggle with today.
From Lonesome Cowboy to Campbell’s Soup I, this book provides readers with deeper insight into the meaning and legacy of Warhol’s life and art.

“Amid the wealth of writings and musings on the enigmatic mind of Andy Warhol, this volume brings a fresh perspective on and novel insights into the life of Warhol.”

Preface: The Citizenship of Artists

Introduction: America Really is the Beautiful