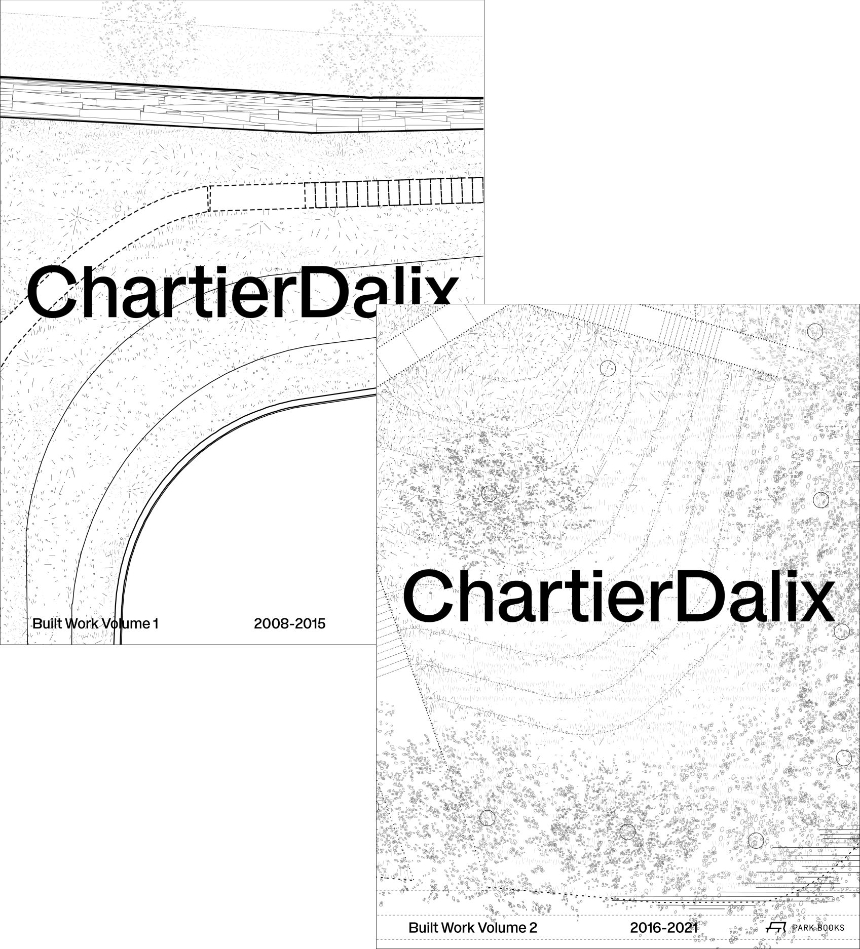 Paris-based firm ChartierDalix, founded in 2008 by Frédéric Chartier and Pascale Dalix, can look back on a successful first twelve years of design practice. They have garnered attention at various international competitions and have been awarded several prizes, such as the Europe 40 under 40 Award. In 2019, their first book ChartierDalix. Hosting Life explored their unique approach to link ecosystem and architecture alongside their research into and practical implementation of this connection.

In this new series of books, ChartierDalix now presents its entire body of work, beginning with two volumes covering the years 2008 to 2015 and 2016 to 2021 respectively. They showcase some twenty designs the firm has realized in Paris and the surrounding area, all described in detail with texts and previously unpublished photographs and plans. The selection includes projects such as the transformation of the former Lourcine barracks into the new Université de Droit-Paris I, which was nominated for the Mies van der Rohe Award and honored with the Frame Award 2020; a number of office and commercial structures; the transformation of the Renault Design Center in Guyancourt; as well as several designs for private and social housing. Richly illustrated and deeply fascinating, ChartierDalix. Built Works 2008-2021 is a beautiful and informative two-volume set.