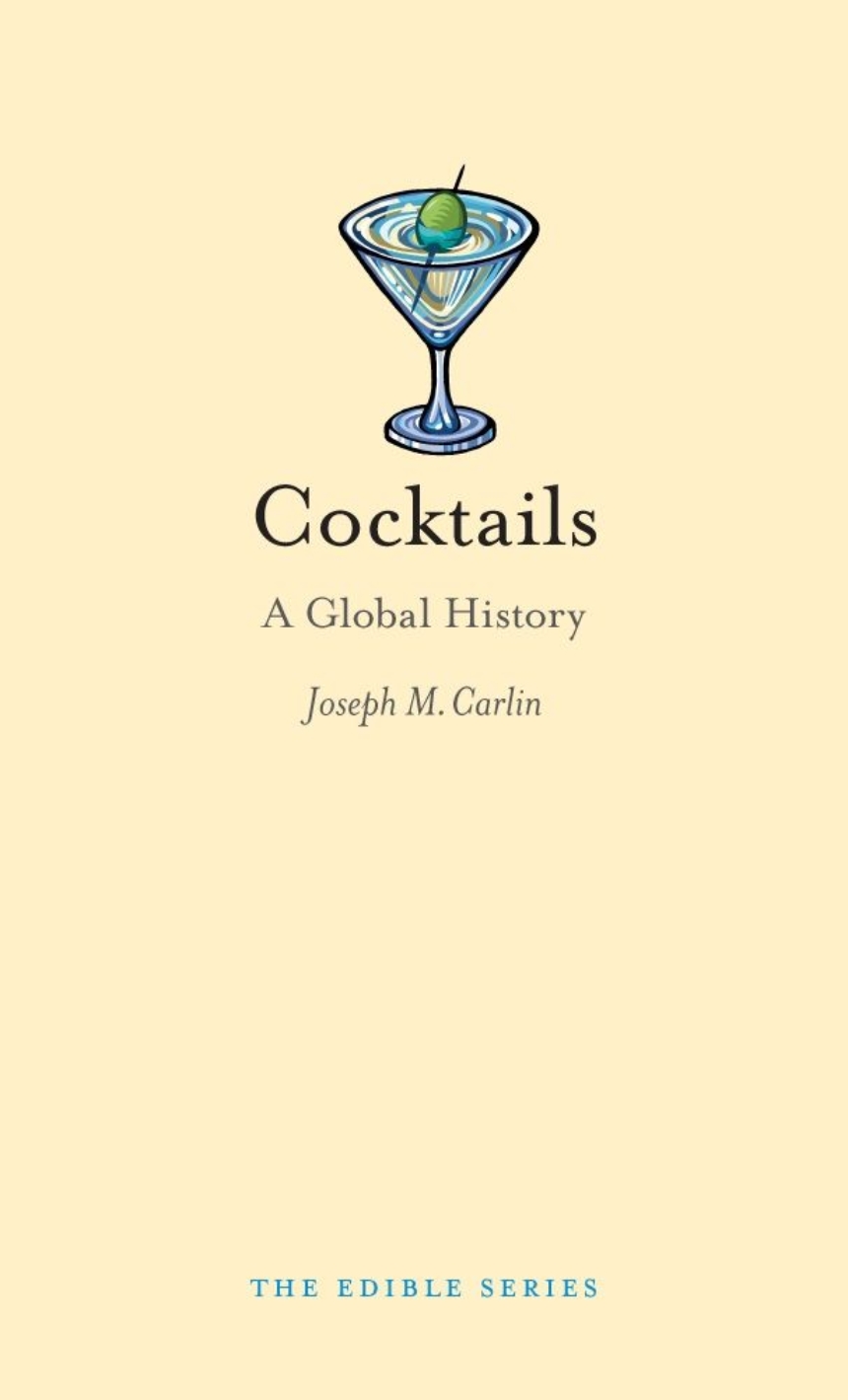 Gimlet, negroni, manhattan, Long Island ice tea, flirtini, hurricane, screwdriver—cocktails have come a long way from their first incarnation in the seventeenth century, when rum punch was everyone’s go-to drink. Originally made of five ingredients, including a spirit, sugar, and spices, “cocktail” now refers to any drink made of liquor and a mixer. In this book, Joseph M. Carlin uncovers how many of our favorite cocktails were invented and describes how this most American of alcoholic beverages—but most international of drinks—came to influence society around the world.
Traveling back to the nineteenth century, Carlin explains that, though England and the American colonies were enjoying rum punch years earlier, the true cocktail was born in America in 1806. Soon after mechanically harvested ice became widely available, Americans were sipping martinis and mint juleps in bars, saloons, and taprooms, and it didn’t take long for these tasty concoctions to spill over into all corners of the globe. The result, Carlin reveals, was the birth of a number of cocktail spinoffs—cocktail parties, cocktail dresses, cocktail wieners, cocktail napkins, and the Molotov cocktail, to name just a few. Featuring many tempting recipes, Cocktail: A Global History is a book to peruse with a mimosa in the morning and a martini at night.

“Even if you’ve never had the urge to slurp a double daiquiri, a favorite of Ernest Hemingway, or a Bloody Mary, the preferred tipple of John Jacob Astor . . . Cocktails is a fun, fascinating read that goes down easy.”