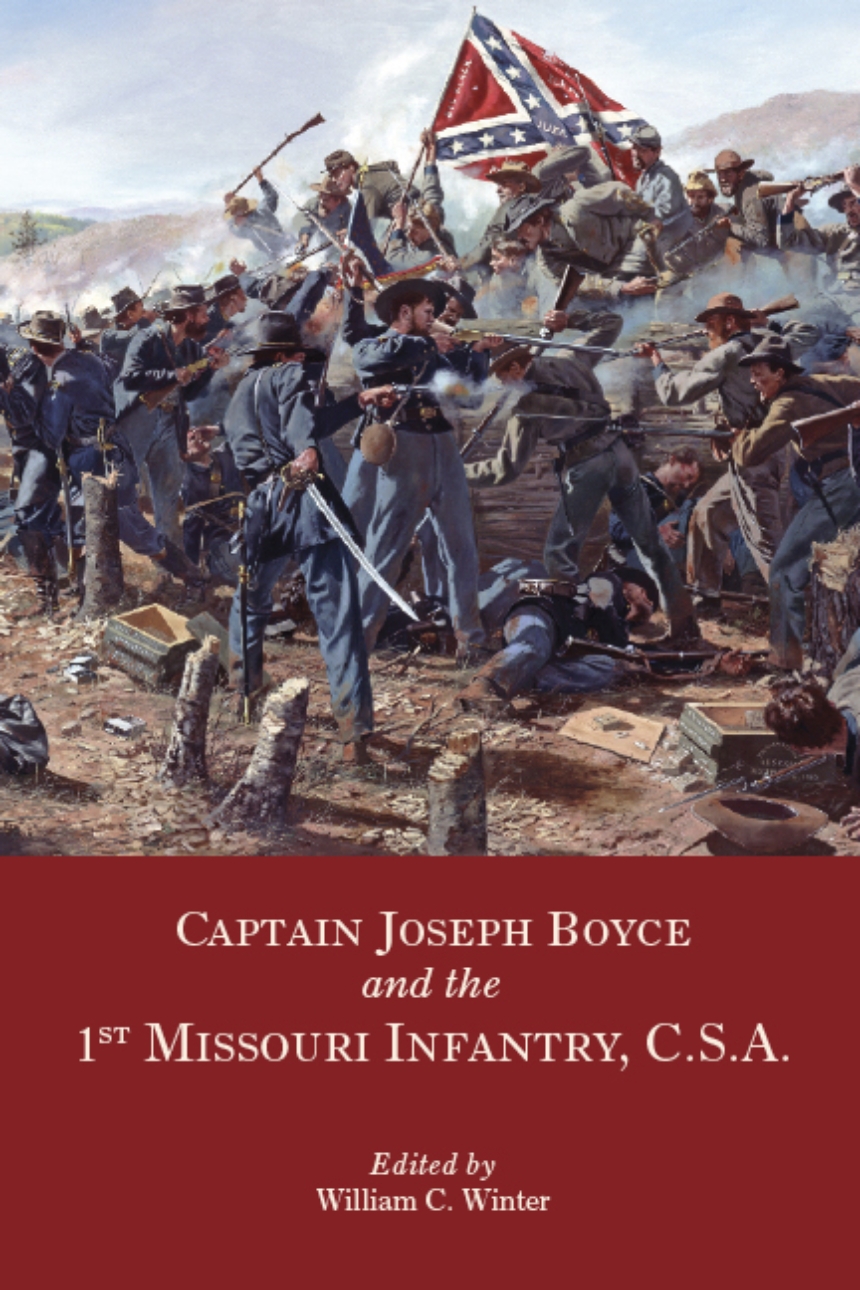 Edited by William C. Winter
The role of the Missouri Confederate in the Civil War is too often typified as that of the Bushwhacker, guerrilla, or partisan ranger. Although these soldiers are certainly part of Missouri’s Confederate history, Missouri soldiers also fought for the South at Shiloh and Corinth, from Vicksburg to Atlanta, in the assault at Franklin, and in defense of Fort Blakely in Mobile Bay. Printed primary accounts about these Confederate regiments from Missouri are few. In this new book, author and editor William C. Winter presents the story of the 1st Missouri Infantry, one of the best of these regiments, through the words of Captain Joseph Boyce of Company D, the St. Louis Greys.
Less than two decades after the war, Boyce began presenting his history of the regiment to the Southern Historical and Benevolent Society of St. Louis. His text appeared in the Missouri Republican after each lecture, resulting in a serialized account spread over several years. Boyce’s narrative addresses his service from his involvement as a member of the Missouri Volunteer Militia in the Camp Jackson massacre on May 10, 1861, until the regiment’s surrender at Fort Blakely near Mobile, Alabama, in April 1865. Boyce’s history is offered here in full and as a continuous story for the first time.
Winter has written the necessary introduction to each chapter, adding background to Boyce’s narrative that to Boyce was unneeded because many in his initial audience had shared the experience of war. Through extensive footnotes and the incorporation of other writings by Boyce, Winter has significantly expanded Boyce’s history but has maintained the focus on the regiment’s service in the war’s western theater.

"The publication of Capt. Joseph Boyce’s memoir is a welcome addition to the growing list of first-person accounts of the Civil War. . . .  In addition to extensive footnotes, Winter provides an introduction to the memoir, a biographical sketch of Boyce, and introductions to each chapter."