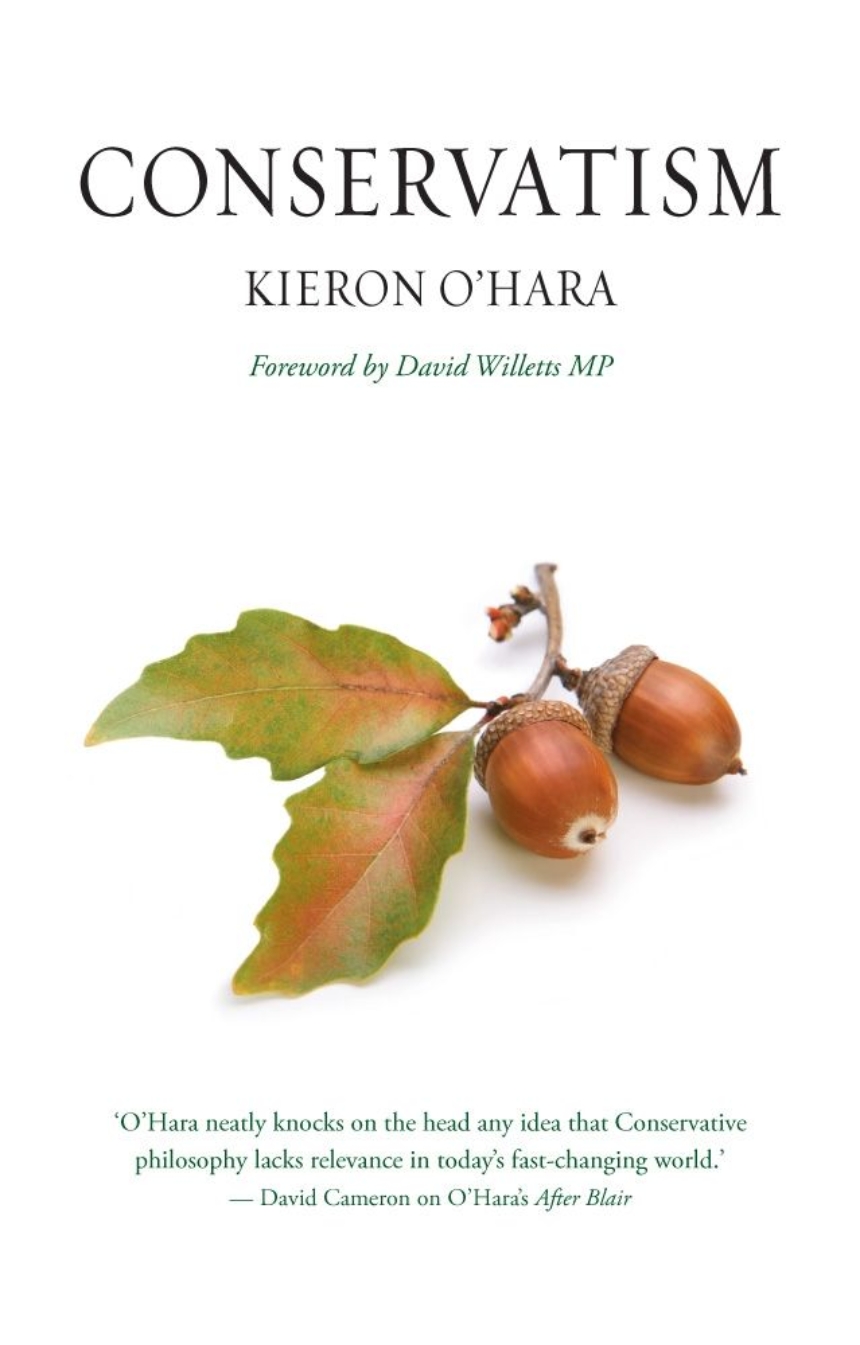 The term "conservative," when employed today in reference to politicians and beliefs, can denote groups as diverse and incompatible as the religious right, libertarians, and opponents of large, centralized government. Yet the original conservative philosophy, first developed in the eighteenth century by Edmund Burke, was most concerned with managing change. This kind of genuine conservatism has a renewed relevance in a complex world where change is rapid, pervasive, and dislocating.

In Conservatism, Kieron O’Hara presents a thought-provoking revision of the traditional conservative philosophy, here crafted for the modern age. As O’Hara argues, conservatism transcends traditional politics and has surprising applications—not least as the most appropriate and practical response to climate change. He shows what a properly conservative ideology looks like today, and draws on such great conservative thinkers as Burke and Adam Smith, philosophers from Plato to Wittgenstein, and contemporary social commentators such as Nassim Nicholas Taleb, Ulrich Beck, and Jared Diamond, in order to outline how conservative philosophy lays bare our failure to understand our own society. O’Hara proves as well that conservatism is distinct from neo-liberalism, neo-conservatism, and the extreme positions of many of today’s most outspoken commentators.

In this comprehensive and detailed description of a philosophy of change and innovation, O’Hara shows how conservatism can be an ideology sensitive to cultural differences among the United States, Europe, the Middle East, and elsewhere. As well, he highlights key issues of technology, trust, and privacy. Conservatism is a provocative read and a level-headed guide to cutting through the many voices of policy makers and pundits claiming to represent conservative points of view.

“The core of his message is that conservatives need to rediscover the importance of skepticism in thought and pragmatism in action. . . . A compelling, and often persuasive, read . . . O’Hara neatly knocks on the head any idea that Conservative philosophy lacks relevance in today’s fast-changing world.”

David Cameron, on After Blair

“Conservatism is a survey of commendable breadth. It captures the essence of a creed that so often decries change, but has proved remarkably adept at surviving it. Life under a government run by the author would be fastidious, incremental and pragmatic: a sort of John Major for the 21st century.”