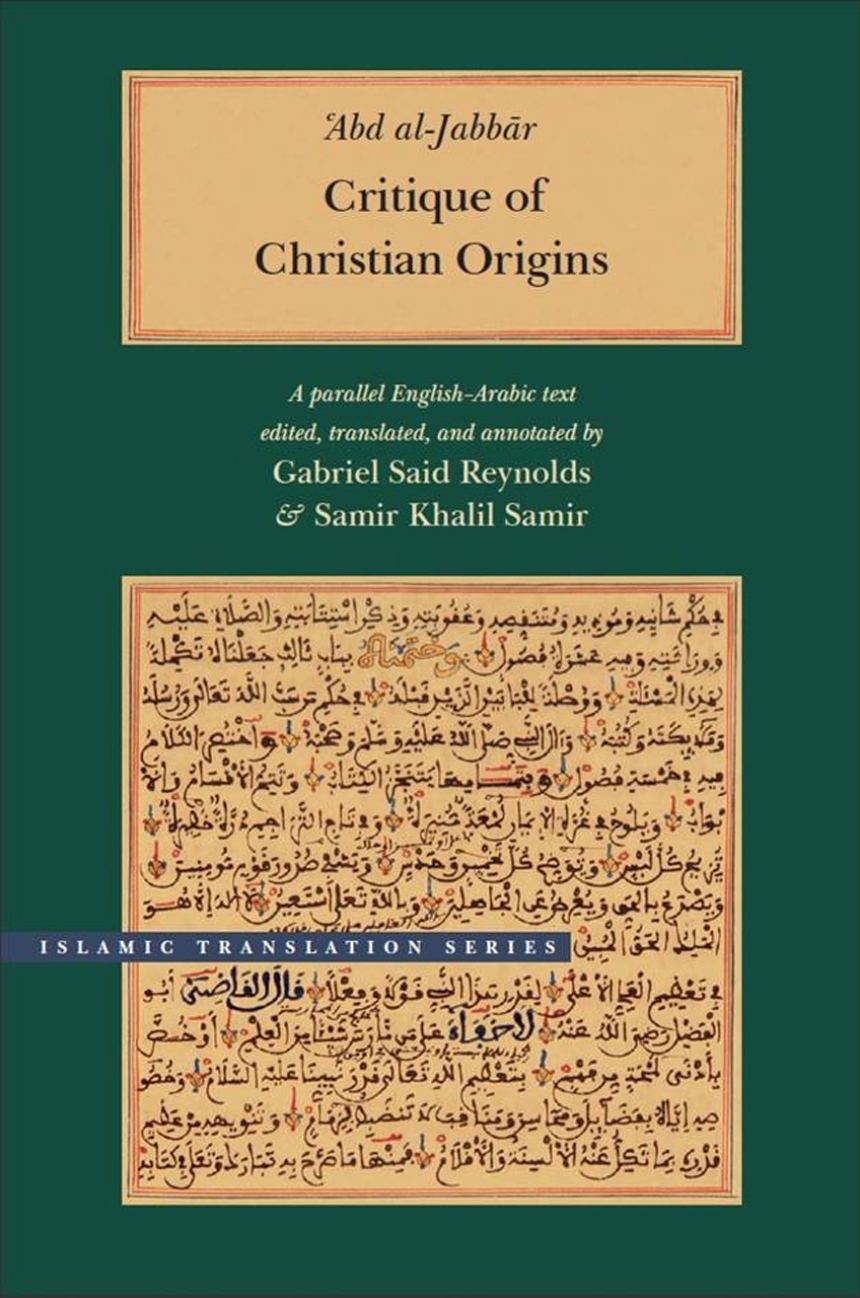 In the Critique of Christian Origins Abd al-Jabbār—the leading Muslim intellectual of the late tenth century—develops what might be considered the first Islamic history of Christianity, analyzing the Bible, church rituals, and miracles. Unlike Muslim scholars before him, Abd al-Jabbār criticizes Christianity not only theologically but also on historical grounds. He argues that the schemes of secular and religious leaders led to the suppression of the Islamic religion of Jesus and the creation of Christianity in its place. The Critique of Christian Origins contains a wealth of information on the ideological contours of Abd al-Jabbār’s time, including perspectives on Judaism, Zoroastrianism, Manichaeism, and several sects within Islam itself, in addition to Christianity.

This edition, which includes a fully vocalized Arabic edition of the text and a complete English translation accompanied by detailed explanatory notes, a glossary, a bibliography, and three indexes, makes this important work readily accessible to students and specialists alike.

“The Islamic Translation Series . . . has established itself as one of the most valuable resources available to scholars of Islamic theology and Arab philosophy.”

Bulletin of the Royal Institute for Inter-Faith Studies

“This book will become a standard reference for Christian-Muslim apologetics and polemics, as it shines light on an extraordinary author with an extraordinary work. Samir Khalil Samir and Gabriel Said Reynolds’s remarkable editorial accomplishment deserves great appreciation.”

Abbreviations and Other Conventions

Foreword to the Series

Nestorians, no different from other Christians, teach invalid doctrines

Christians believe in three gods, despite their claims

Christ was only a servant of God

Christ, as Muhammad proclaimed, was not crucified

The authentic Passion account proves that Jesus was not crucified

Various arguments against the crucifixion and divinity of Christ

A defense of the statement in Qur’ān 5:116 regarding Mary

Christian practice, like their doctrine, is contrary to the teachings and actions of Christ

Historical accounts of how the Islamic religion of Jesus was falsified: Bible

Historical accounts of how the Islamic religion of Jesus was falsified: Paul

Historical accounts of how the Islamic religion of Jesus was falsified: Constantine

On Christian practice and its origin

On moral corruption in Byzantine society

Against the Christian apologetical argument based on miracles

On the false claims of various sects

On the Christian claim that their religion was established by miracles

Against the Christian apologetical argument based on austerity

Flaws of the Bible

Index of Citations and References

Index of People, Places and Subjects