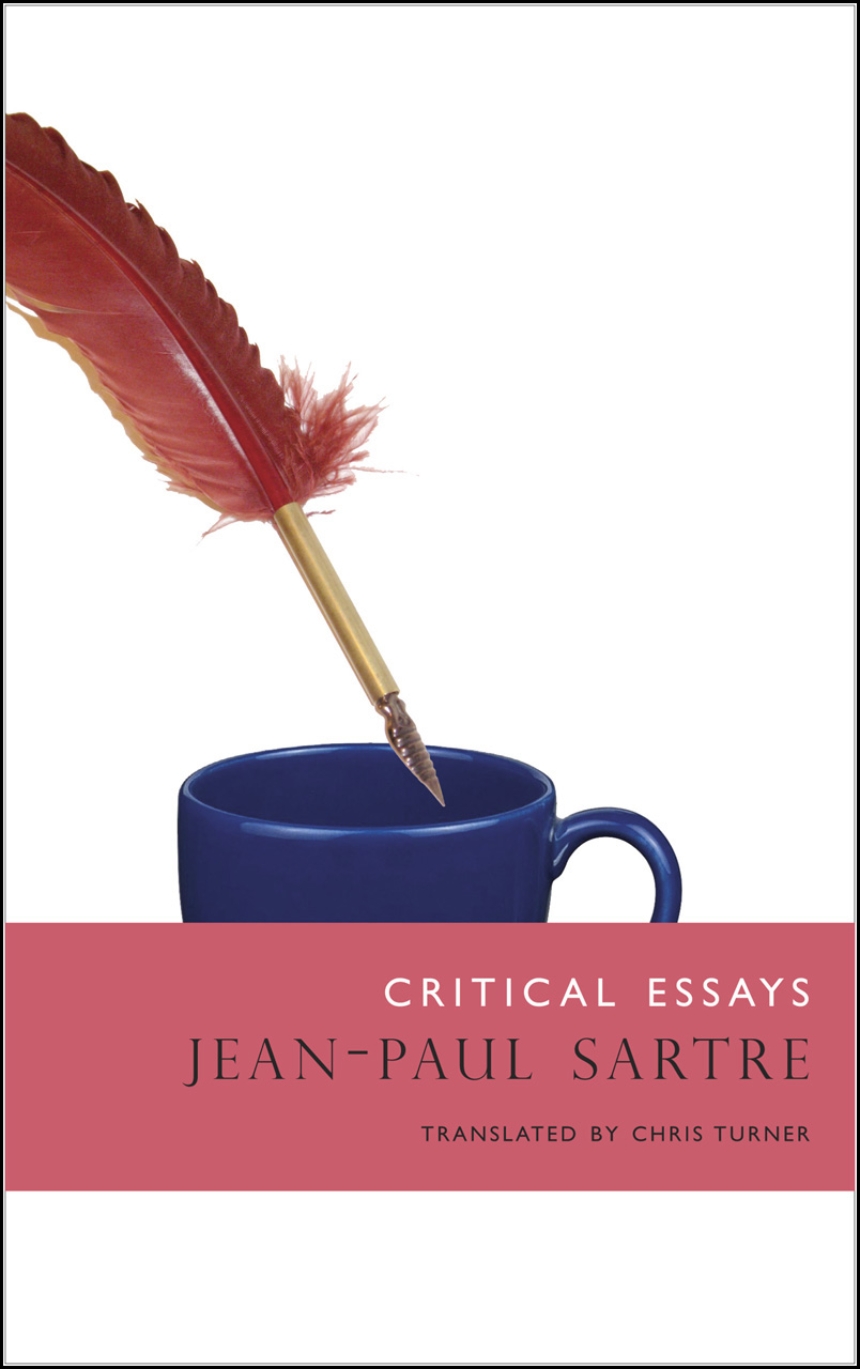 Critical Essays (Situations I) contains essays on literature and philosophy from a highly formative period of French philosopher and leading existentialist Jean-Paul Sartre’s life, the years between 1938 and 1946. This period is particularly interesting because it is before Sartre published the magnum opus that would solidify his name as a philosopher, Being and Nothingness. Instead, during this time Sartre was emerging as one of France’s most promising young novelists and playwrights—he had already published Nausea, The Age of Reason, The Flies, and No Exit. Not content, however, he was meanwhile consciously attempting to revive the form of the essay via detailed examinations of writers who were to become central to European cultural life in the immediate aftermath of World War II.

Collected here are Sartre’s experiments in reimagining the idea and structure of the essay. Among the distinguished writers he analyzes are Francis Ponge, Georges Bataille, Vladimir Nabokov, Maurice Blanchot, and, of course, Albert Camus, whose novel The Stranger Sartre endeavours to explain in these pages. Critical Essays (Situations I) also contains a famous attack on the Catholic novelist François Mauriac, studies of the great American literary iconoclasts Faulkner and Dos Passos, and brief but insightful essays on aspects of the philosophical writings of Husserl and Descartes.

This new translation by Chris Turner reinvigorates the original skill and voice of Sartre’s work and will be essential reading for fans of Sartre and the many writers and works he explores.

“For my generation he has always been one of the great intellectual heroes of the twentieth century, a man whose insight and intellectual gifts were at the service of nearly every progressive cause of our time.”—Edward Said

Sartoris by William Faulkner
On John Dos Passos and 1919
The Conspiracy by Paul Nizan
A Fundamental Idea of Husserl’s Phenomenology: Intentionality
Monsieur François Mauriac and Freedom
Despair by Vladimir Nabokov
Denis de Rougemont: L’Amour et l’occident
On The Sound and the Fury:Temporality in Faulkner
Monsieur Jean Giraudoux and the Philosophy of Aristotle: On Choix des Élues
The Outsider Explained
Aminadab: Or The Fantastic Considered as a Language
A New Mystic
There and Back
Man and Things
Man Bound Hand and Foot: Notes on Jules Renard’s Journal
Cartesian Freedom