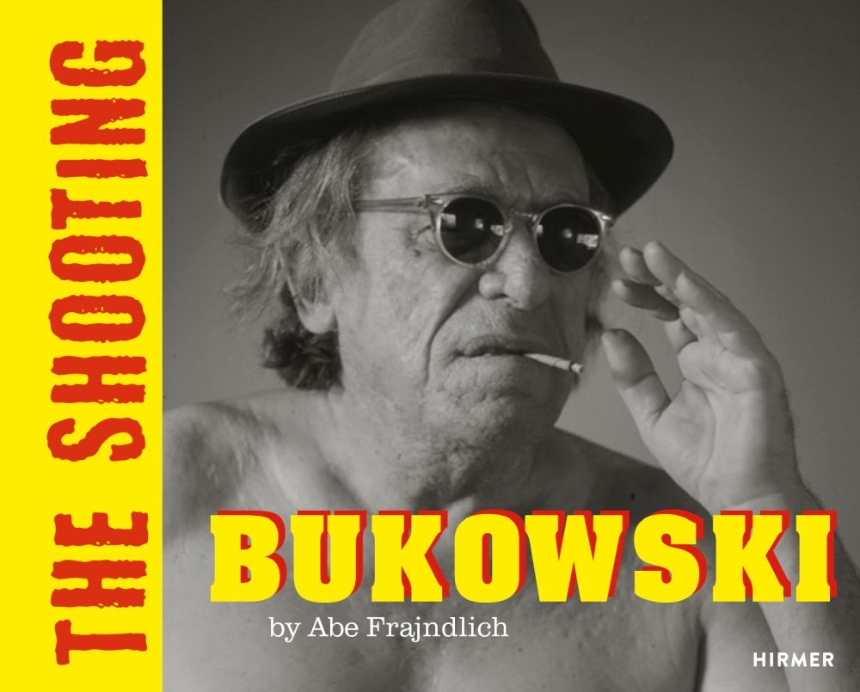 Charles Bukowski: The iconoclastic writer, the dirty old man of American literature, “the drunk who doesn’t give a damn.” How does an artist create a portrait of a person like that? In 1985, the young photographer Abe Frajndlich took on this challenge, and it was not a job that could be accomplished with a single shot. Bukowski: The Shooting presents one photographer’s attempt to zero in on a legend.

“That face!” Glenn Esterly exclaims in his essay “The Pock-Marked Poetry of Charles Bukowski,” included in this volume. What is fascinating about this monumental author, Esterly posits, is concentrated in his “look”—his pock-marked face weathered by years of hard drinking and hard living. When Frajndlich failed to capture that face to his satisfaction in their first session, he returned for a second time. Eventually, Frajndlich gained the writer’s confidence, to the point that he was invited to the wedding of Bukowski and his second wife, Linda Lee Beighle. Telling the story of their meeting and the friendship that followed, Bukowski: The Shooting reproduces Frajndlich’s various portrait series, culminating in photographs of the wedding. These photographs are presented in both color and black and white, many of them published here for the first time.