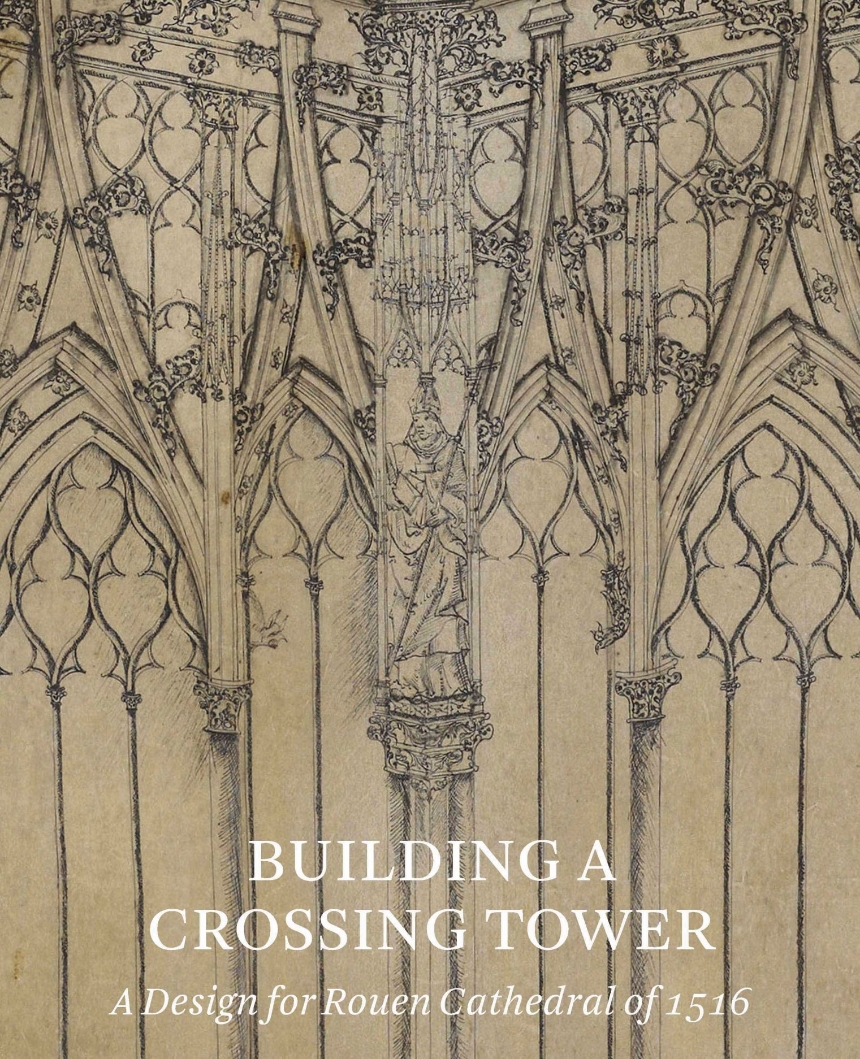 A Design for Rouen Cathedral of 1516

A Design for Rouen Cathedral of 1516

Prompted by the recent discovery of an impressive three meter tall late Gothic drawing of a soaring tower and spire, this book offers a rare insight into the processes of designing and building a major gothic project. The drawing’s place and date of creation are unknown, and it corresponds to no surviving Gothic tower. Equally mysterious is the three-quarter, top-down perspective from which the tower is represented, without parallel in any other medieval drawings. Who drew this? When? And what did he hope to convey with his choice of a top-down representation of the tower? Building a Crossing Tower explores these questions, and uncovers the dramatic circumstances in which this drawing was created. The first part of the book links the drawing to an early 16th-century building project in the city of Rouen in Normandy, France. Rouen was then a thriving port, one of the most populous cities in France, and a vibrant construction site, where dazzling, flamboyant creations were erected side by side with Renaissance buildings. At the center of this intense building activity was Roulland le Roux, the city’s leading master mason, most likely the author of the newly discovered drawing. Given the scarcity of French gothic drawing, the discovery of this impressive piece and its attribution to a known artist are significant events in themselves. Moreover, in this exceptional case it is also possible to recreate the social context of the drawing’s production, explored in the second part of the book. Previously unpublished minutes of the cathedral chapter reveal that the drawing was realized following the dramatic fire which destroyed the cathedral’s crossing tower in 1514. The fire sparked fierce disputes among the cathedral’s canons, who divided into two factions: one hoping to see the crossing tower reconstructed in stone, the other lobbying for a safer and cheaper wooden spire. The differences between the two parties and the changing fortunes of artists employed in the reconstruction project are documented in gripping detail in the chapter’s minutes, which reveal how the new drawing was commissioned and realized. But the minutes also reveal that this drawing ultimately failed to convince the chapter to support and authorize the project, despite its impressive size, perspective and skillful representation of virtuoso carving. The flamboyant gothic tower never was erected, and the work site came to a standstill until 1542, when a Renaissance tower was eventually built by Robert Becquet. This drawing then represents a failed design proposal. Yet, for this very reason, it offers a unique insight into the politics of building a great late gothic project, shedding light on an ever-changing landscape of contrasts and collaborations. If drawings are often interpreted as a direct window into a master’s mind, graced by the touch of his hand, this drawing is unexpectedly revealed as a mirror of the social life of a key late Gothic building site.