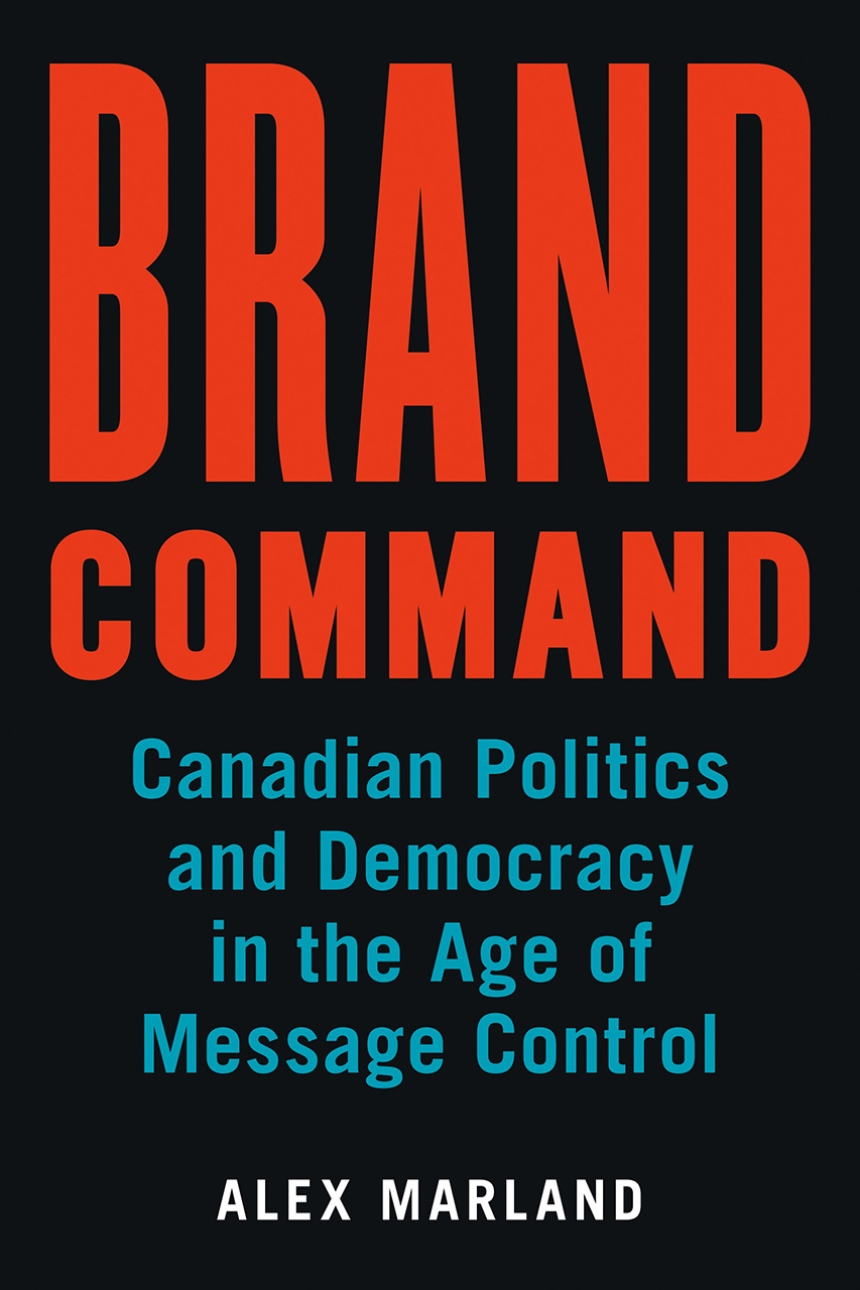 Canadian Politics and Democracy in the Age of Message Control

Canadian Politics and Democracy in the Age of Message Control

The pursuit of political power is strategic as never before. Ministers, MPs, and candidates parrot the same catchphrases. The public service has become politicized. And decision making is increasingly centralized in the Prime Minister’s Office. What is happening to our democracy? To get to the bottom of this, Alex Marland reviewed internal political party files, media reports, and documents obtained through access to information requests, and interviewed Ottawa insiders. He discovered that in the face of rapid changes in communication technology, the infusion of corporate marketing strategies has instilled a culture of centralized political control. At the core of the strategy is brand control; at stake is democracy as we know it.

Identifies what went wrong for Stephen Harper and the Conservative Party in the 2015 election campaign, which sets up a provocative summary of communications practices in the early days of the new Liberal government led by Prime Minister Justin Trudeau.

1 The Centralization of Communications in Government and Politics

Sets the scene by establishing that communications practices are contributing to centralized power in the centre of parliamentary government. A hypothesis is introduced that everything political passes through a branding “lens.”

2 Marketing and Branding in Politics

Summarizes the advent of political marketing and branding, and identifies party discipline and central agencies as enablers.

Continues to lay a theoretical foundation by conceptualizing types of brands in the political marketplace. Features a case study that treats Justin Trudeau as a brand line extension of his father Pierre, the transformative Canadian prime minister.

Argues that research is informing the simplification and precision of communications messaging in politics. Presents evidence of ways that political marketing is practiced.

Advances an argument that political elites are responding to changing communications technology with intensified media management that requires message consistency. This includes a penchant for negativity, as strategists attempt to damage