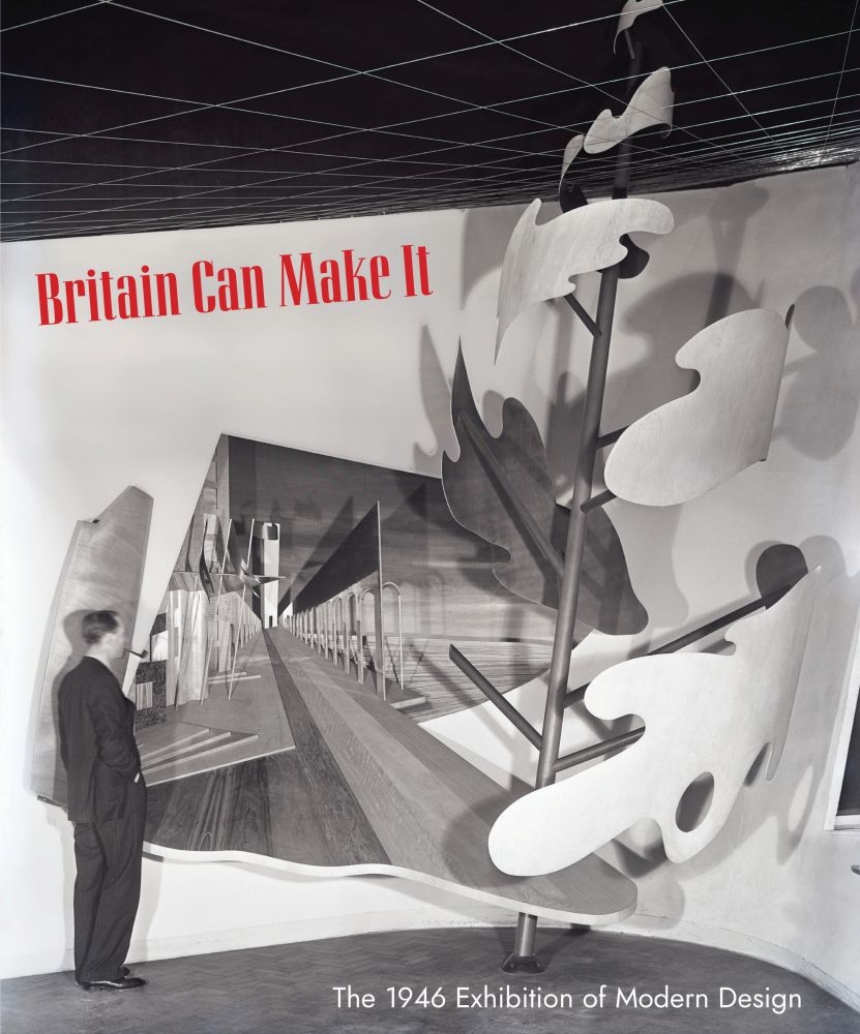 Britain Can Make It

Britain Can Make It

This publication is a highly visual celebration of the massively popular, but now largely forgotten, Britain Can Make It exhibition. Organized by the Council of Industrial Design, it was held in empty ground-floor galleries of the Victoria & Albert Museum, from September to December 1946. A groundbreaking, morale boosting exhibition, it showcased British design and manufacturing. Despite its short run, it boasted an incredible 1.5 million visitors, and remains one of the most visited exhibitions ever held at the V&A. Long before the end of the Second World War hostilities, the government’s Post War Export Trade Committee recognized the importance of promoting the country’s manufacturing capabilities. Plans for an exhibition of ‘National Importance’ were set in place in October 1942, for an event that would illuminate the gloom of austerity, educate the public in the value of good design, and most importantly, boost much needed foreign trade. Britain’s need to promote, manufacture and export its goods was urgent. The job of organizing the exhibition was given to the Council of Industrial Design on behalf of the government’s Board of Trade. From its early planning stages, there was a desire to create an exhibition that was full of color, light and airy, and far removed from the browns and greens of the inter-war years. The exhibition was also intended to work as a public morale boosting exercise and it did, attracting visitors from around the country. Mile-long queues constantly formed outside the V&A. Interviewed in 1984, James Gardner, the designer of the exhibition, commented on the motivation for it: ‘We’d got to get British manufacturers to produce well-designed goods quickly and to cheer the British public up. They were so depressed. Give them something to look forward to. You know, this was the dream of the future, if you like.’ BCMI was not a trade show. Manufacturers had to put forward their products and only those deemed the best examples were chosen by specialist committees. An accompanying catalog detailing the manufacturers of products (and significantly, wherever possible the names of the designers of each product), could be bought by visitors from one of the bookstalls dotted around the exhibition. The catalog explained when goods would be available for the home and trade markets: ‘Now,’ ‘Soon’ or ‘Later.’ Most often they were ‘Later’ for the home market which led to negative comments in the press, such as: ‘Britain Can’t Have It,’ ‘Britons can’t buy it,’ and ‘Britain Can’t Get It.’ Products representing key consumer groups, including clothing, leisure, and domestic products were displayed. These were diverse, from pottery and glass, to radios, women’s and men’s wear, furniture, fabrics, toys, jewelry, boilers, taps, and sporting equipment. The Furnished Rooms section showcased room sets that sought to show how a range of people from different professional groups might live. By taking its structure loosely from the exhibition itself and from the accompanying Design ’46 catalog, Britain Can Make It will take the reader through an eclectic range of subject areas and consumer products. The book begins with a discussion of the political climate and economic motivations that led to this exhibition of ‘National Importance’ taking place, and an overview of the contemporary social context. Additional essays will cover specific aspects of the exhibition itself, including the surrealist design of the exhibition, the art and artists involved, the naming, and the ‘Design Quiz.’ Most chapters will be in the form of short illustrated essays.