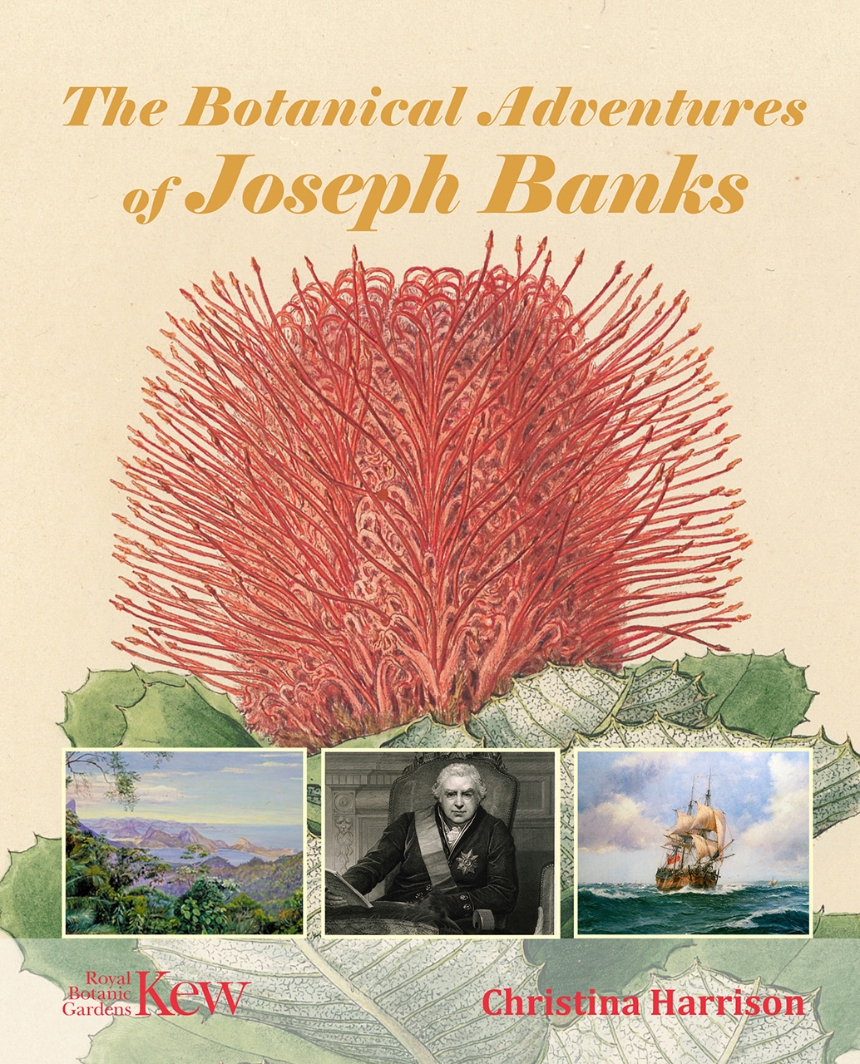 The Botanical Adventures of Joseph Banks

The Botanical Adventures of Joseph Banks

Sir Joseph Banks (1743-1820)—the unofficial first director of the Royal Botanic Gardens, Kew—was a peerless scientific adventurer and pioneer. Not only did he reveal the floral wonders of the South Pacific, New Zealand, and Australia to European eyes, but he set Kew Gardens on its path to becoming the world’s foremost botanic garden, bringing in a wealth of rare and useful plants with far-reaching impact. He helped to raise botanical science to new heights and brought many new beautiful plants to Britain, which we now take for granted in our gardens. Quite simply, no one before or after Banks has had such influence in the sphere of botany.
​
The Botanical Adventures of Joseph Banks is an unprecedented look at Banks’s botanical life, providing a breezy and entertaining history of his invaluable contributions by highlighting a selection of the intriguing objects, books, and plants from the collections at Kew Gardens—the place he held dear all his life. Banks had a hand in some of Britain’s most well-known historical expeditions, including James Cook’s Endeavour voyages in the Pacific and William Bligh’s Bounty, and the book lavishly showcases his nautical adventures as well as his dedication to botany with art, photos, and engravings from Kew’s collections. Published to coincide with the bicentennial anniversary of his death, The Botanical Adventures of Joseph Banks is a colorful introduction to a one-of-a-kind figure in British history.