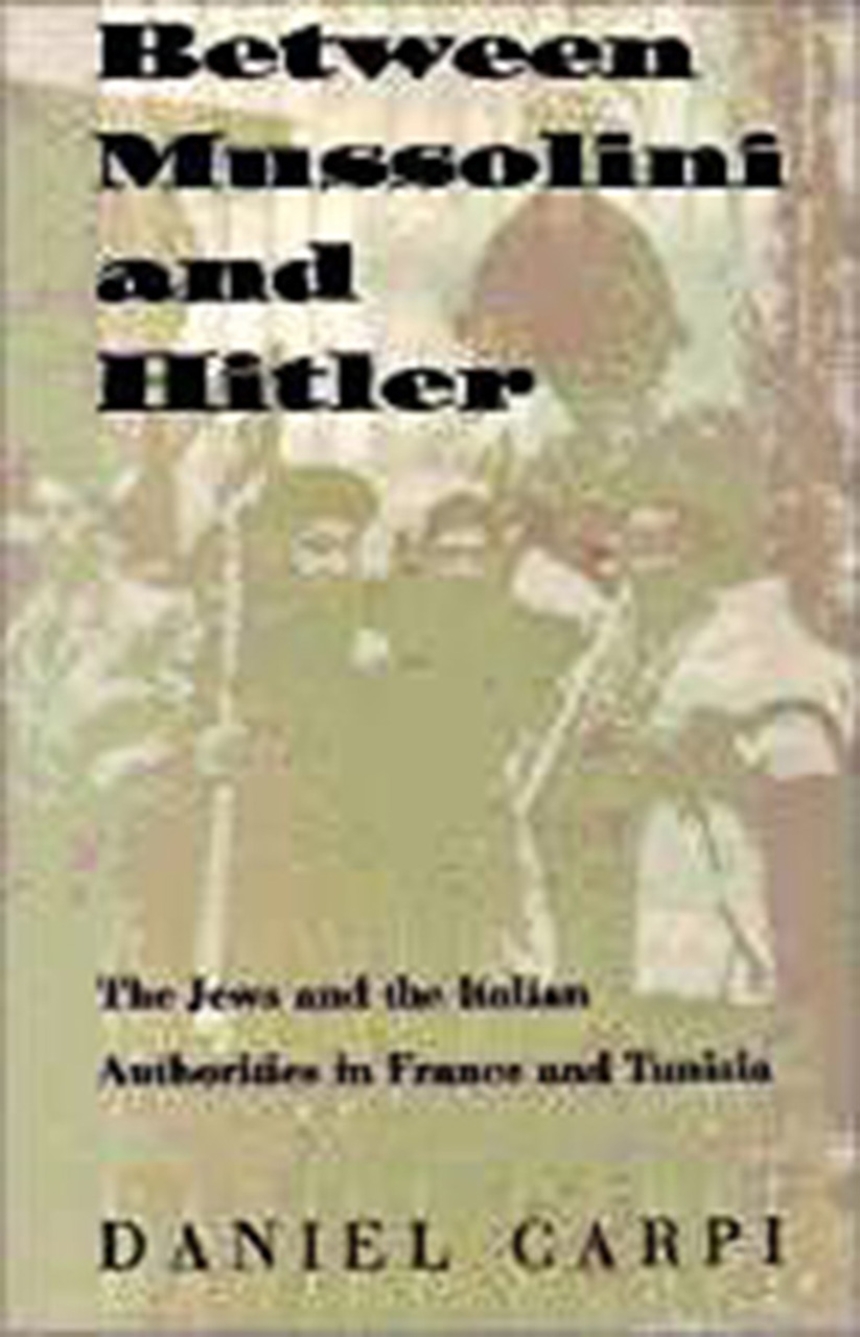 Between Mussolini and Hitler

The Jews and the Italian Authorities in France and Tunisia

Between Mussolini and Hitler

The Jews and the Italian Authorities in France and Tunisia

The Nazi invasion of Poland in 1939 plunged the world into its second global conflict. The Third Reich’s attack, mounted without consulting its Italian ally, had other reverberations as well. Chief among them was Mussolini’s decision to conduct a "parallel war" based on his own tactical and political agendas. Against this backdrop, Daniel Carpi depicts the fate of some 5000 Jews in Tunisia and as many as 30,000 in southeastern France, all of whom came under the aegis of the Italian Fascist regime early in the war. Many were unskilled immigrants: still others were political refugees, activists, or anti-fascist emigres, the fuoriusciti who fled oppression in Italy only to find themselves under its rule once again after the fall of France. While the Fascist regime disagreed with Hitler’s final solution for the "Jewish problem," it also saw actions by Vichy French police or German security forces against Jews in Italian-controlled regions as an erosion of Rome’s power. Thus, although these Jews were not free from oppression, Carpi shows that as long as Italy maintained control over them its consular officials were able to block the arrests and mass deportations occurring elsewhere.