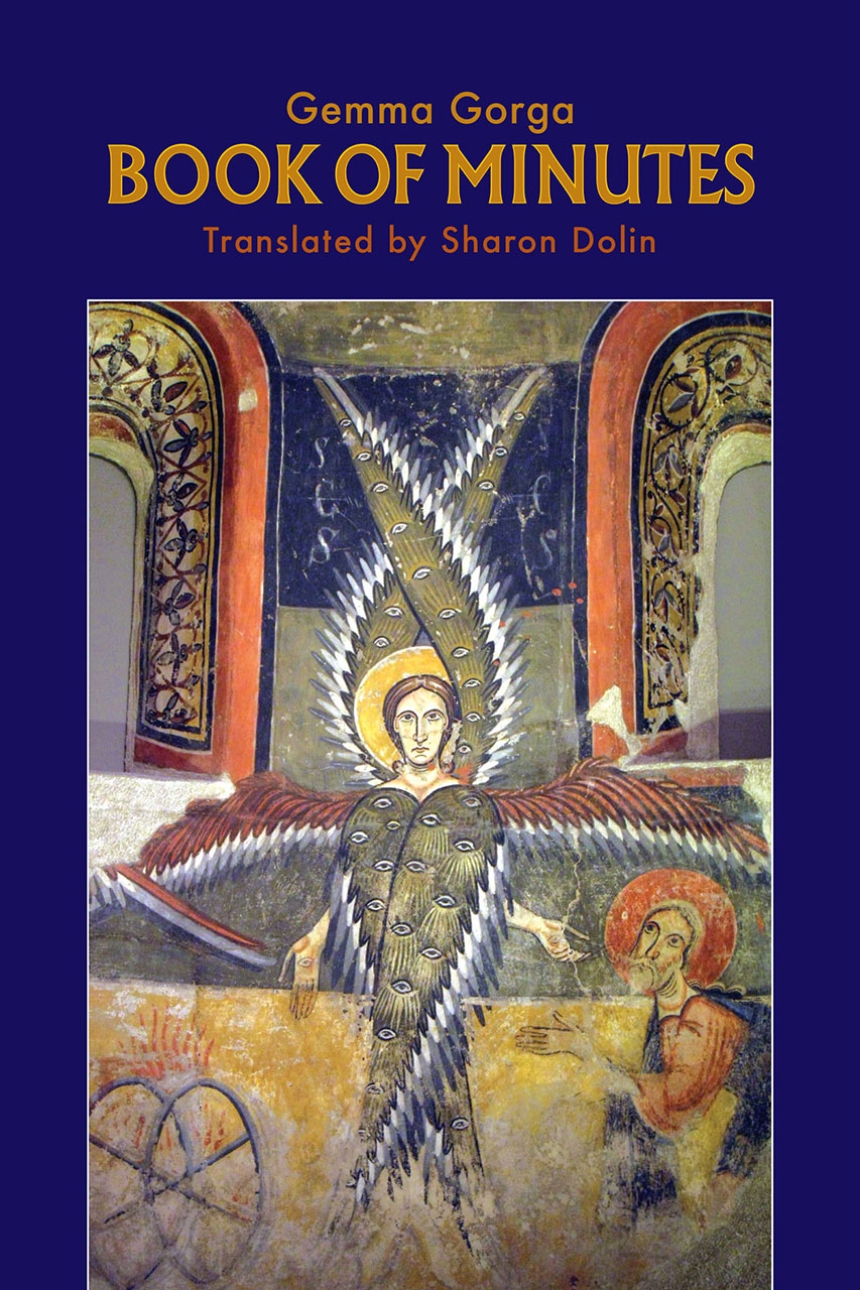 Translated by Sharon Dolin
Imagine a book of hours condensed into a book of minutes: that is the project of the compact lyrical prose poems found in Gemma Gorga’s Book of Minutes, the first English-language translation of this emerging poet, widely known and loved in her native Catalonia yet little known outside it.

The poems in Book of Minutes move seamlessly from philosophical speculation to aphorism, condensed narrative, brief love letter, and prayer, finding the metaphysical in even the most mundane. In the space of one or two paragraphs, they ponder God, love, language, existence, and beginnings and endings both large and small. In her openness to explore these and many other subjects, Gorga’s leitmotif might well be “light.” Carrying with them echoes of Wallace Stevens, Rainer Maria Rilke, Hans Christian Andersen, Francis Ponge, George Herbert, and Emily Dickinson, the poems in Book of Minutes are nonetheless firmly in the twenty-first century, moving in a single breath from the soul to diopters or benzodiazepine.
In deft, idiomatic translation from Sharon Dolin, Book of Minutes also retains the original Catalan texts on facing pages.

“Gemma Gorga's Book of Minutes, in Sharon Dolin's beautiful translation, is by far the best book of prose poems I have read in the past decade. Like a house mirror, each prose poem here ‘retains the memory of all the souls who have gazed at themselves inside it.’ The result is spellbinding and surprising, as the voice of these poems searches for the mystery within the mundane.”

“Gorga is a magician, her short, vivid prose poems perfect little houses where an instant, poignant to joyful, is captured. ‘The mouth is small’ begins the last poem, but by then Gorga will have told you a story as big as the world. In Sharon Dolin’s masterful translation, every page of Book of Minutes shimmers with life.”

"The Catalan poet Gemma Gorga in Book of Minutes (2006) refracts the personal voice through everyday objects. This book is a collection of sixty numbered but untitled poems, an hour’s worth of prose poems that range across the seasons and turn the briefest of moments into polished gems."