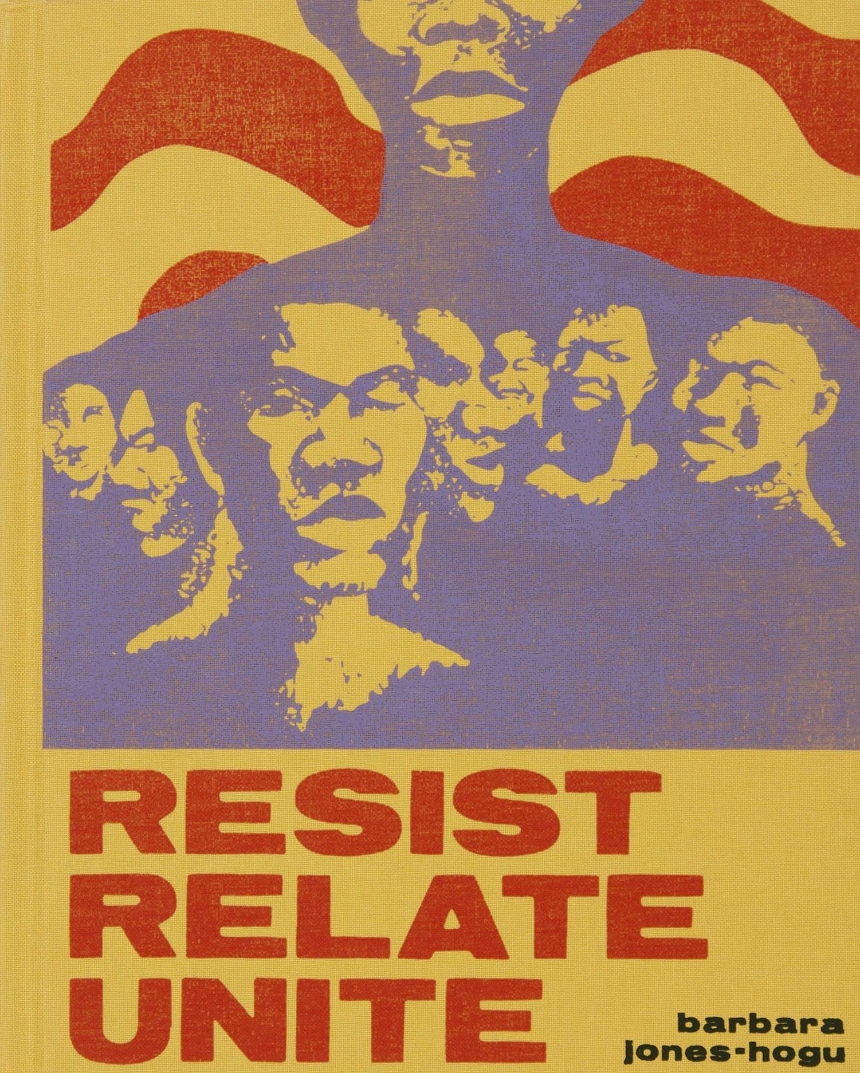 Chicago-based artist Barbara Jones-Hogu (1938–2017) was a central figure of the Black Arts Movement and a founding member of the African Commune of Bad Relevant Artists (AfriCOBRA). Throughout her career she worked in painting, printmaking, film, education, and contributed to major projects including Chicago’s Wall of Respect mural. The Barbara Jones-Hogu: Resist, Relate, Unite catalog is the first monograph of Barbara Jones-Hogu’s work. The book includes a foreword by DPAM Director and Chief Curator Julie Rodrigues Widholm, essays by Tate Modern curator Zoé Whitley and Chicago artist Faheem Majeed, an interview with the artist by art historian Rebecca Zorach, and 22 illustrated plates, a selected bibliography, exhibition history, and checklist. The limited edition catalog was designed by Matt Austin of Candor Arts and features a hand silk screened cover.

"Barbara Jones-Hogu: Resist, Relate, Unite is well organized, providing critical analysis of what it meant to be a Black visual artist during the 1960s and 1970s. Students of the Black Power or Black Arts Movements will find Jones-Hogu’s detailed descriptions of her experiences and honest reflections to be valuable. . . . It is a valuable addition to the annals of art history and can offer technical clues to printmakers, but should not be classified only as art history. Historians—in particular those who study general African American history and Black nationalism—and community archivists will appreciate the narrative."

The Journal of African American History