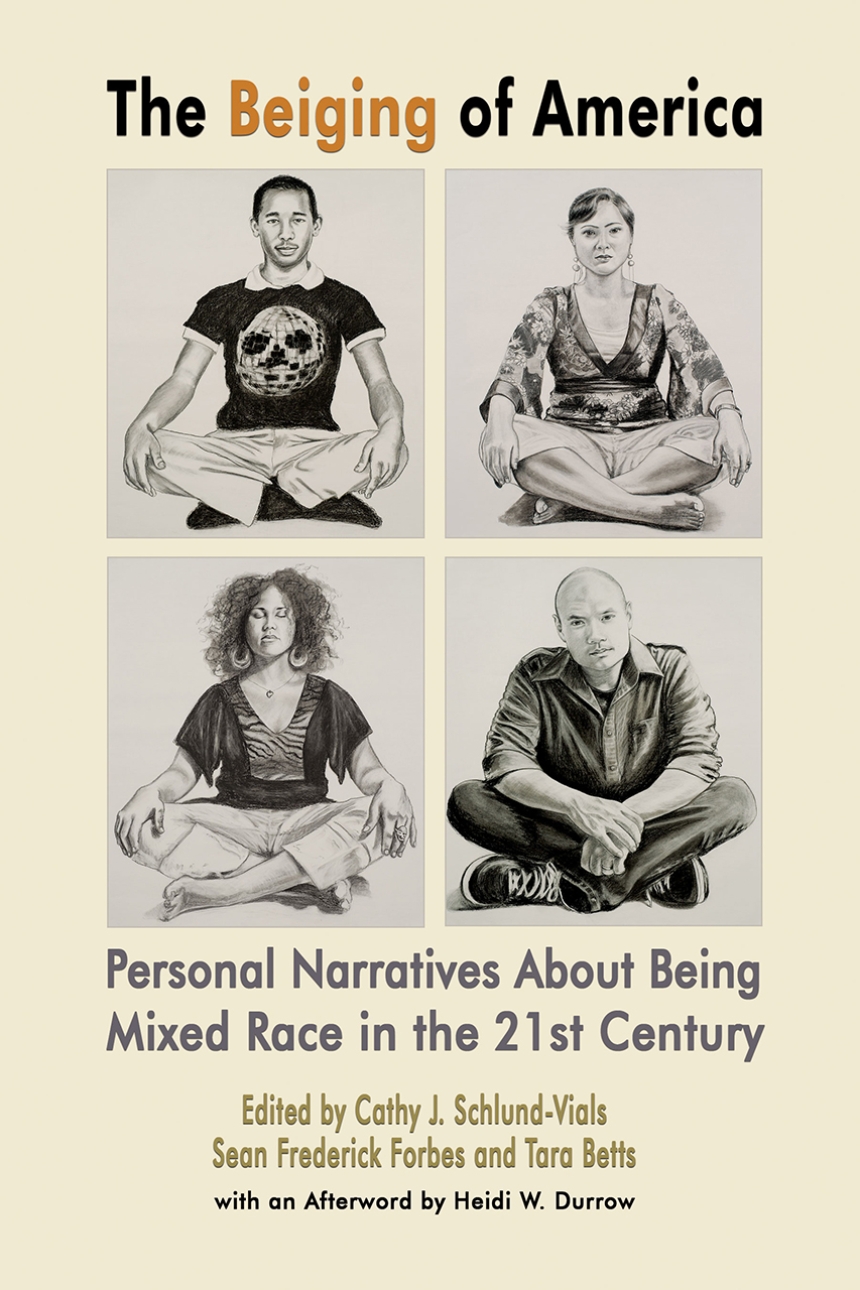 The Beiging of America

Personal Narratives about Being Mixed Race in the 21st Century

The Beiging of America

Personal Narratives about Being Mixed Race in the 21st Century

Afterword by Heidi Durrow
THE BEIGING OF AMERICA, BEING MIXED RACE IN THE 21ST CENTURY, takes on "race matters" and considers them through the firsthand accounts of mixed race people in the United States. Edited by mixed-race scholars Cathy J. Schlund-Vials, Sean Frederick Forbes and Tara Betts, this collection consists of 39 poets, writers, teachers, professors, artists and activists, whose personal narratives articulate the complexities of interracial life. THE BEIGING OF AMERICA was prompted by cultural critic/scholar Hua Hsu, who contemplated the changing face and race of U.S. demographics in his 2009 The Atlantic article provocatively titled "The End of White America." In it, Hsu acknowledged "steadily ascending rates of interracial marriage" that undergirded assertions about the "beiging of America." THE BEIGING OF AMERICA is an absorbing and thought-provoking collection of stories that explore racial identity, alienation, with people often forced to choose between races and cultures in their search for self-identity. While underscoring the complexity of the mixed-race experience, these unadorned voices offer a genuine, poignant, enlightening and empowering message to all readers.