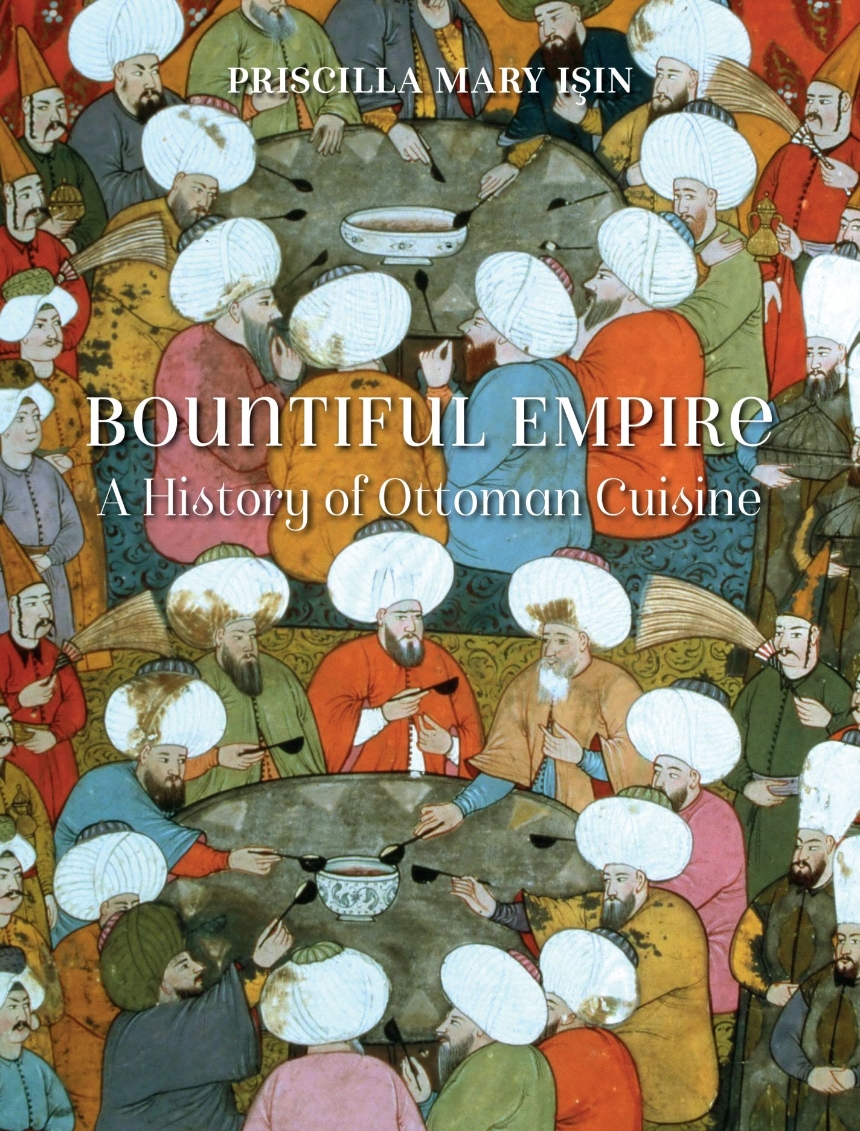 A History of Ottoman Cuisine

A History of Ottoman Cuisine

The Ottoman Empire was one of the largest and longest-lasting empires in history—and one of the most culinarily inclined. In this powerful and complex concoction of politics, culture, and cuisine, the production and consumption of food reflected the lives of the empire’s citizens from sultans to soldiers. Food bound people of different classes and backgrounds together, defining identity and serving symbolic functions in the social, religious, political, and military spheres. In Bountiful Empire, Priscilla Mary Işın examines the changing meanings of the Ottoman Empire’s foodways as they evolved over more than five centuries.

Işın begins with the essential ingredients of this fascinating history, examining the earlier culinary traditions in which Ottoman cuisine was rooted, such as those of the Central Asian Turks, Abbasids, Seljuks, and Byzantines. She goes on to explore the diverse aspects of this rich culinary culture, including etiquette, cooks, restaurants, military food, food laws, and food trade. Drawing on everything from archival documents to poetry and featuring more than one hundred delectable illustrations, this meticulously researched, beautiful volume offers fresh and lively insight into an empire and cuisine that until recent decades have been too narrowly viewed through orientalist spectacles.

“Probably the finest cuisine in the world, with a subtle and coherent tradition. Işin’s account is comprehensively illustrated to make a visual as well as a textual record of Turkish social culture, conveyed through study of some 600 years of food and drink, and exemplifying the dilemma which Turkey has always faced in choosing between—or combining—Eastern and Western traditions . . . There is a fascinating section on the wines sold in Istanbul, where the taverns were run by Christians or Jews and imbibers could enjoy vintages from Greece, Spain, Sicily and further Anatolia . . . There are some modernized recipes in Işin’s volume, too, but the main pleasure of the book lies in the background history and lively anecdotes of storytellers and puppet-shows entertaining in coffee houses, or the astonishment of a British visitor at the quantities of salt fish, nuts, olives, and pickles served merely as appetizers.”

“Etiquette, celebrations, food laws and trade, water and sherbet, coffee houses and taverns are but some of the topics explored. Işın’s meticulous study shines here; she has researched more than six hundred primary and secondary sources, ranging from archive documents to endowment deeds and poetry. Over one hundred illustrations, including beautiful miniatures make this book a pleasure to look at as well. Işın says her aim has been to hold up a mirror to life in this large and complex empire through its food culture. She certainly has accomplished it.”

"[A] most entertaining book. Scholarly—yes, but neither dry nor boring; quite the opposite in fact. Her account of Ottoman eating just romps along. It is always refreshing to examine life through the lens of the food historian. It both focuses on and magnifies significant historical moments in a particular way and allows for other interpretations of particular events. A food historian studies the minutiae of everyday life from a very different perspective to the normal chronicler, turning up detail which may have escaped the eye or understanding of the more conventional scholar who may have little interest in how (or possibly why) food and its preparation, its meaning, and the eating habits of earlier eras might relate to the bigger historical picture involving diplomacy, politics, wars, religion, and hierarchy."