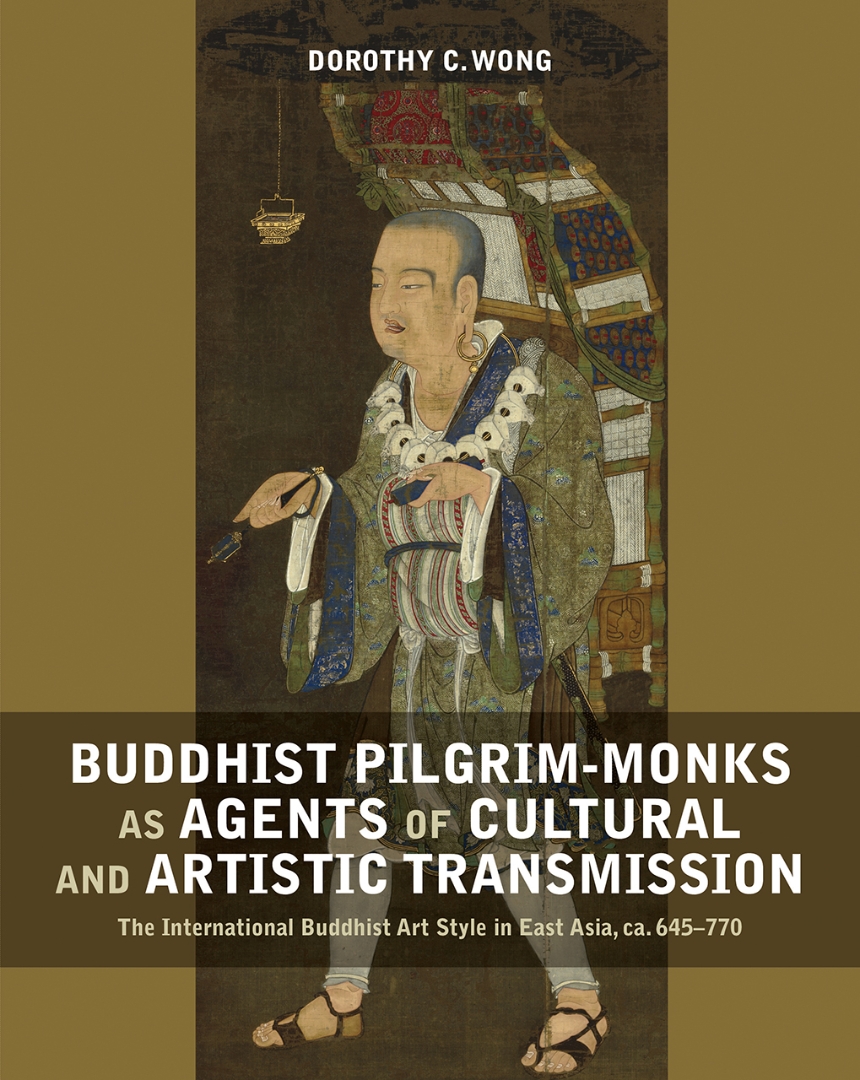 Buddhist Pilgrim-Monks as Agents of Cultural and Artistic Transmission

Buddhist Pilgrim-Monks as Agents of Cultural and Artistic Transmission

In the mid-seventh century, a class of Buddhist pilgrim-monks disseminated an art style in China, Japan, and Korea that was uniform in both iconography and formal properties. Traveling between the courts and religious centers of the region, these pilgrim-monks played a powerful role in this proto-cosmopolitanism, promulgating what came to be known as the International Buddhist Art Style.
In Buddhist Pilgrim-Monks as Agents of Cultural and Artistic Transmission, Dorothy C. Wong argues that the visual expression found in this robust new art style  arose alongside the ascendant theory of the Buddhist state, and directly influenced it.  Aided by lavish illustrations, Wong’s book shows that the visual language transmitted and circulated by these pilgrim-monks served as a key agent in shaping the cultural landscape of Northeast Asia.
This is the first major study of the vital role played by Buddhist pilgrim-monks in conveying the notions of Buddhist kingship via artistic communication. Wong’s interdisciplinary analysis will attract scholars in Asian art history and religious studies.

“This is a splendid introduction to a vast subject, written with such precision that it will certainly become a basic reference.”

“Wong’s use of an extensive array of sources and her integration of Japanese scholarship brings to light new details and new perspectives on a truly international, if not quite 'global,' Buddhist art style.”

“Dorothy C. Wong’s ambitious new book is our best resource for making sense of this important style of Buddhist art in East Asia…This elegant monograph successfully illuminates the multifaceted ways in which Buddhist images traveled between major monasteries and royal courts through the peregrinations of monks. While intended to speak to a specialist audience, Wong’s book reads as an excellent overview of seventh- to eighth-century Buddhist art in East Asia.”

"I expect this monograph to become a standard text for research on sixth- and seventh-century East Asian Buddhist art and culture."