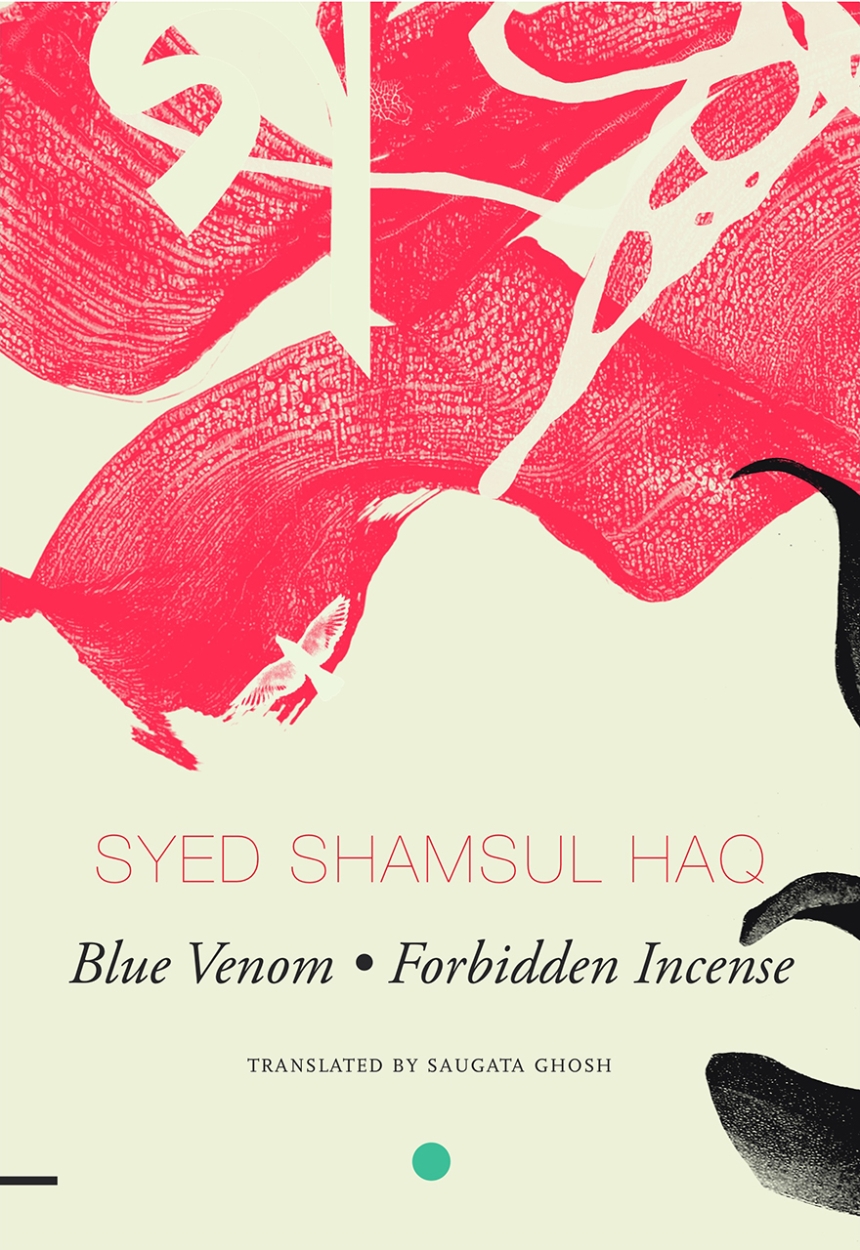 Translated by Saugata Ghosh
Bangladesh in 1971 showed vividly, and terribly, the deadly effects of war. Piles of corpses, torture cells, ash and destruction everywhere in the wake of the Pakistani army’s attacks on Bengali people. Blue Venom and Forbidden Incense, two novellas by Bangladeshi writer Syed Shamsul Haq, bear bleak witness to the mindless violence and death of that period. Blue Venom tells of a middle-aged middle manager who is arrested and taken to a cell, where he is slowly tortured to death for being a namesake of a rebel poet Kazi Nazrul Islam. Forbidden Incense, meanwhile, tells of a woman’s return to her paternal village after her husband was taken by the army. In the village, she meets a boy with a Muslim name whose entire family has been killed; as they attempt together to gather and bury scattered corpses, they, too, are caught by the killers.

“Syed Shamsul Haq is one of the best writers of his generation. He communicates emotion with astonishing proficiency of language and depth of perception.”