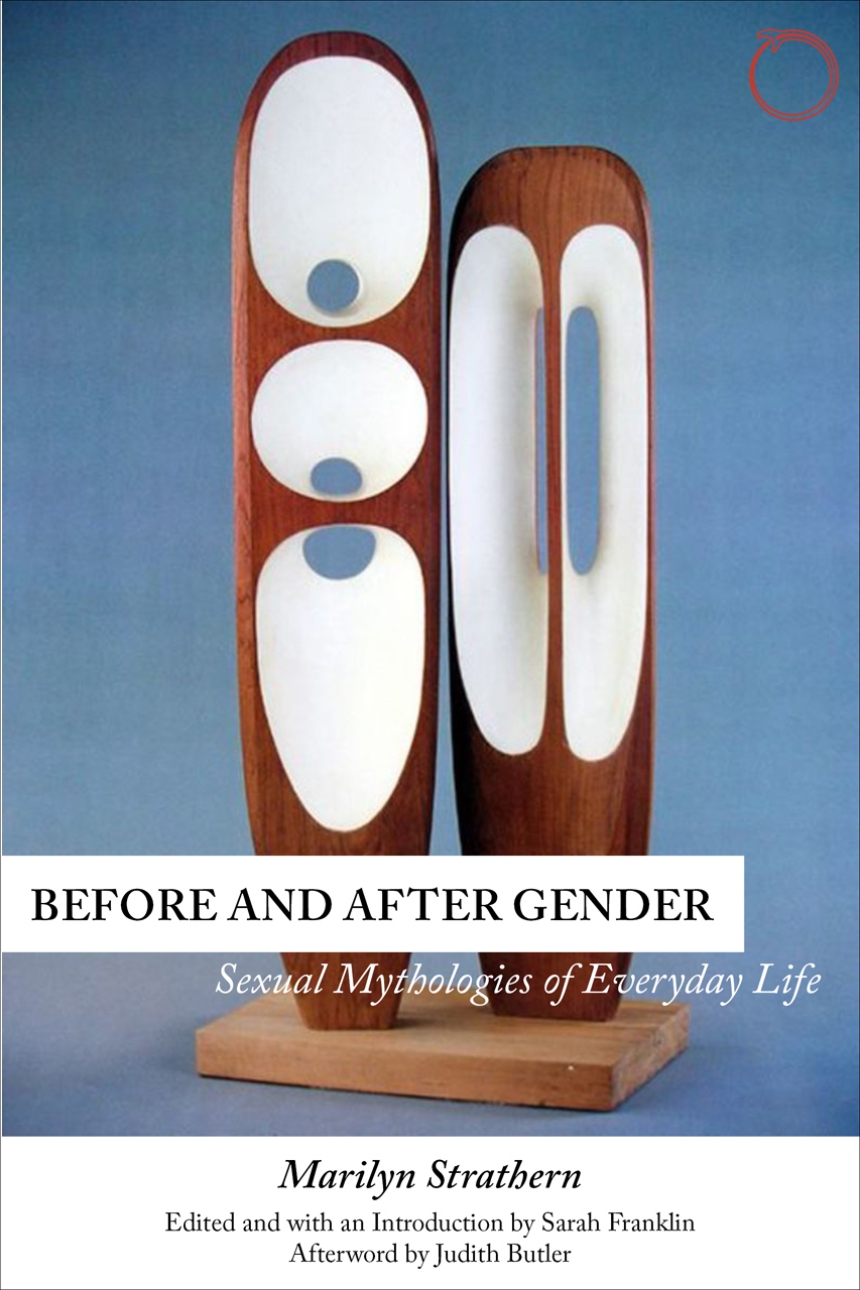 Before and After Gender

Before and After Gender

Written in the early 1970s amidst widespread debate over the causes of gender inequality, Marilyn Strathern’s Before and After Gender was intended as a widely accessible analysis of gender as a powerful cultural code and sex as a defining mythology. But when the series for which it was written unexpectedly folded, the manuscript went into storage, where it remained for more than four decades. This book finally brings it to light, giving the long-lost feminist work—accompanied here by an afterword from Judith Butler—an overdue spot in feminist history.

Strathern incisively engages some of the leading feminist thinkers of the time, including Shulamith Firestone, Simone de Beauvoir, Ann Oakley, and Kate Millett. Building with characteristic precision toward a bold conclusion in which she argues that we underestimate the materializing grammars of sex and gender at our own peril, she offers a powerful challenge to the intransigent mythologies of sex that still plague contemporary society. The result is a sweeping display of Strathern’s vivid critical thought and an important contribution to feminist studies that has gone unpublished for far too long.

“Before and After Gender prefigures at least four major concerns that Strathern has continued to develop in later work: relationality, personhood, law, and naturalization. Together, these encompass much of what has been innovative in studies of gender and kinship over the last several decades. Rather than a single focus on relationality, personhood, law, or naturalization, it is the intertwining of these themes that is intellectually productive.”

"In Before and After Gender, Strathern sought to challenge accepted conceptual frames. I join both Franklin and Butler in suggesting that Strathern, as usual, succeeded. Her arguments presented are still relevant today, and the precision, determination, intellectual independence and creativity with which she proceeded in these are timeless. This makes Before and After Gender indeed a worthwhile journey, one that has been a long time coming and is finally available to be embarked on."

"In Before and After Gender, Strathern writes that she 'brings writing to bear on other writing in order to shift the viewpoint.' From the beginning, she has not so much shifted viewpoints as entirely retooled their optics, making viewpoints undo other viewpoints, and here she does it for gender and all its bumptious ethnographic and conceptual kin. Relationality has always been her subject; she studies relations with relations in order to understand how doing relations works, or in a more utopian vein, might yet work to make us ask better questions. No wonder her extraordinary early manuscript on gender as model and tool for doing relations does late work needed now, when social life everywhere is in theoretical and practical trouble."

Donna Haraway, author of Simians, Cyborgs and Women: The Reinvention of Nature

"This book is more than one. It mobilizes anthropological tales to shake nineteen seventies Euro-American feminism out of provincial fantasies of universality. It presents contrasting cases of sexual binarism to demonstrate the relevance of concepts for anthropology, not just those in use in the societies it writes about but also those it uses in writing. And it tells about genders that are variously relational. How truly Strathernian to allow this intellectual ancestor to appear—outdated!—magically fresh!—so long after its prodigious offspring."

"Marilyn Strathern’s 'lost manuscript' juggles ethnography, novels, and social criticism as it conjures a moment when the intersection of feminism and anthropology exploded with excitement. In a world in which 'theory' too often refers to almost theological dogma, here we watch a master immerse herself in the maelstrom of her material—spinning threads, casting reflections, posing comparisons—to show us how relations matter."

Anna Tsing, author of The Mushroom at the End of the World