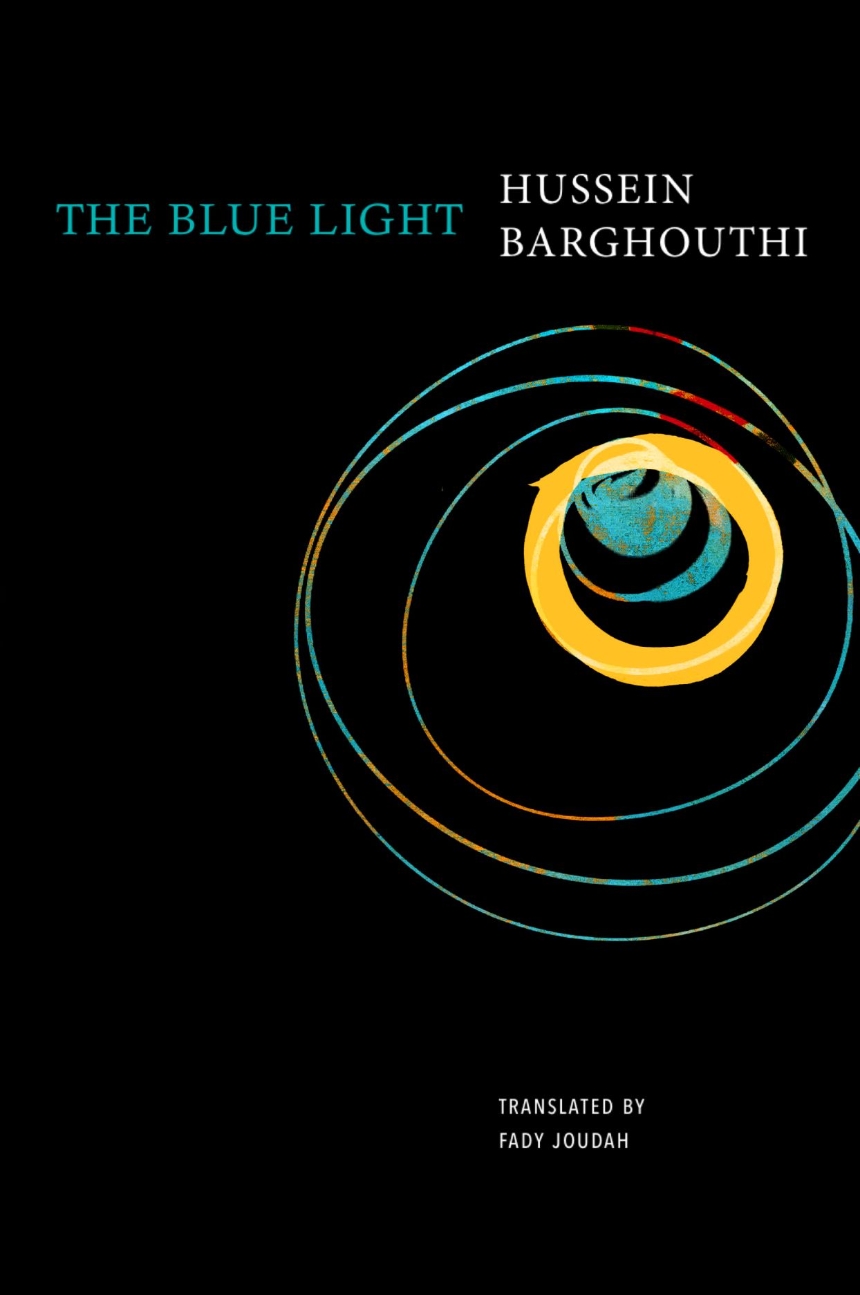 Translated by Fady Joudah
The Blue Light is an autobiographical novel in chapters and vignettes that travels through memory, time, and language.

Hussein Bargouthi tells his story with Bari, a Turkish American Sufi, during Bargouthi’s years as a graduate student at the University of Washington in the late 1980s. The Blue Light has several beginnings and many returns—from Beirut’s traumatic sea to musings on color and identity, from Buddhist paths to Rajneesh disciples, from military rule to colonial insanity, from drug addiction to sacred rock. Written and lived between Arabic and English, this is a unique book whose depth is as clear as its surface. It will tempt you to dismiss it as it compels you to devour it for illumination. Merging memoir with fiction, and the hallowed with the profane, The Blue Light is a meditation on and liberation from madness—a brilliant, inimitable literary achievement.