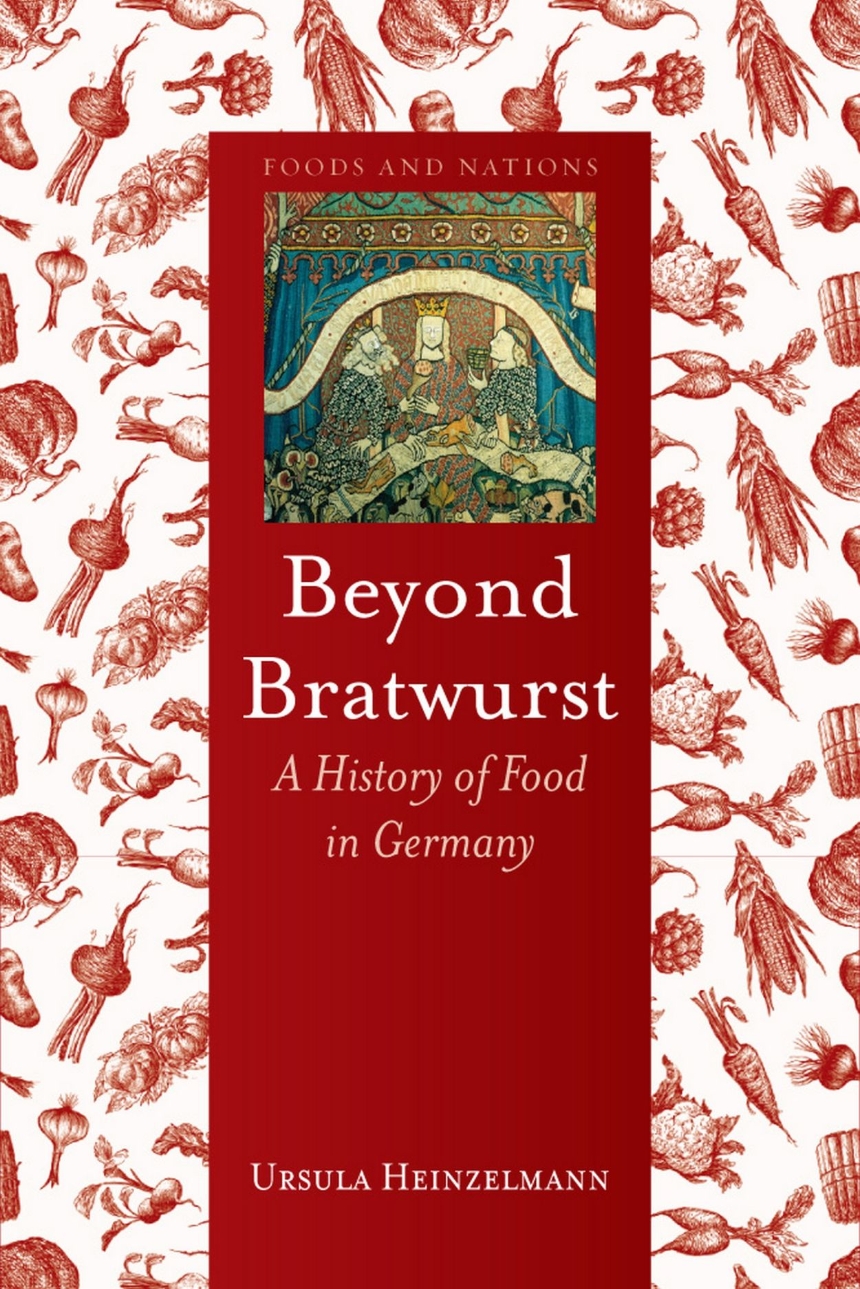 A History of Food in Germany

A History of Food in Germany

Thanks to Oktoberfest and the popularity of beer gardens, our thoughts on German food are usually relegated to beer, sausage, pretzels, and limburger cheese. But the inhabitants of modern-day Germany do not live exclusively on bratwurst. Defying popular perception of the meat and potatoes diet, Ursula Heinzelmann’s Beyond Bratwurst delves into the history of German cuisine and reveals the country’s long history of culinary innovation.

Surveying the many traditions that make up German food today, Heinzelmann shows that regional variations of the country’s food have not only been marked by geographic and climatic differences between north and south, but also by Germany’s political, cultural, and socioeconomic history. She explores the nineteenth century’s back-to-the-land movement, which called for people to grow food on their own land for themselves and others, as well as the development of modern mass-market products, rationing and shortages under the Nazis, postwar hunger, and divisions between the East and West. Throughout, she illustrates how Germans have been receptive to influences from the countries around them and frequently reinvented their cuisine, developing a food culture with remarkable flexibility.

Telling the story of beer, stollen, rye bread, lebkuchen, and other German favorites, the recipe-packed Beyond Bratwurst will find a place on the shelves of food historians, chefs, and spätzle lovers alike.

“There is more to German food than sausage, as Heinzelmann explains in her splendid history.”

“Beyond Bratwurst is an important contribution to the history of German food . . . . An excellent book . . . beautifully printed on heavy paper with dozens of color and black-and-white illustrations as well as extensive footnotes and a very good bibliography. It is a thorough, well researched, and very readable work that is destined to become an important reference for historians. Highly recommended to anyone interested in Germany, culinary history, or social history in general.”

1. From Gruel to Sourdough Bread: The Neolithic, Bronze and Iron Ages

12. Spaghetti and Rouladen: Regionality in a Globalized World, Reunited Germany since 1990