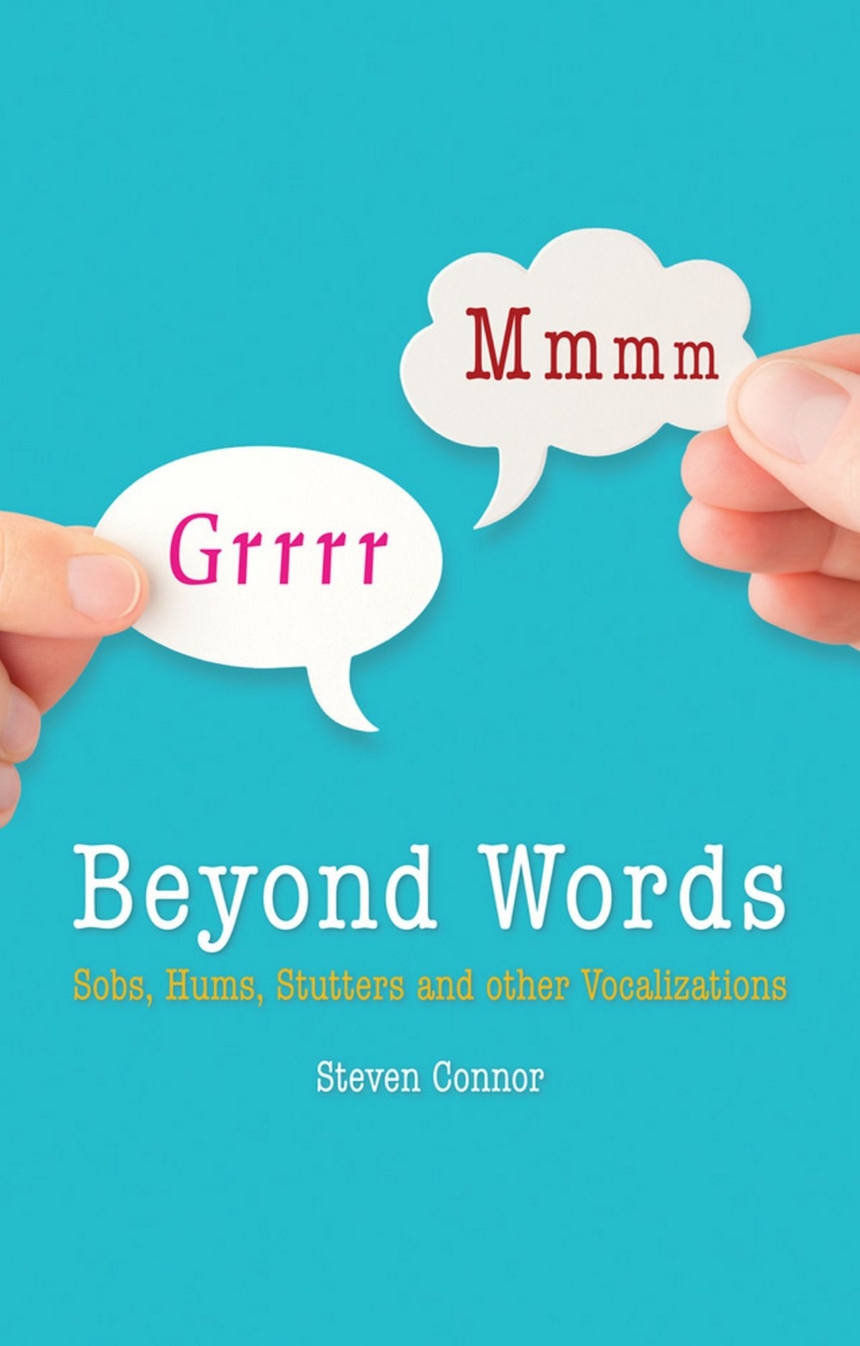 Sobs, Hums, Stutters and Other Vocalizations

Sobs, Hums, Stutters and Other Vocalizations

In Beyond Words, Steven Connor seeks to understand spoken human language outside words, a realm that encompasses the sounds we make that bring depth, meaning, and confusion to communication. Plunging into the connotations and uses associated with particular groups of vocal utterances—the guttural, the dental, the fricative, and the sibilant—he reveals the beliefs, the myths, and the responses that surround the growls, stutters, ums, ers, and ahs of everyday language.

Beyond Words goes outside of linguistics and phonetics to focus on the popular conceptions of what language is, rather than what it actually is or how it works. From the moans and sobs of human grief to playful linguistic nonsense, Connor probes the fringes and limits of human language—and our definition of “voice” and meaning—to challenge our basic assumptions about what it is to communicate and where we find meaning in language. By engaging with vocal sounds and tics usually trivialized or ignored, Beyond Words presents a startling and fascinating new way to engage with language itself.

“The functions and dysfunctions of vocal utterances are enjoyably treated here with full professional linguistic snap, crackle, and pop by a soul-searching connoisseur of the myths, beliefs, literature, history, and philosophy of spoken language.”

“Beyond Words is a high-wire performance by a writer with a prodigious fell for language, both in its popular, everyday uses, and in the more recondite corner of English literature, old and new.”