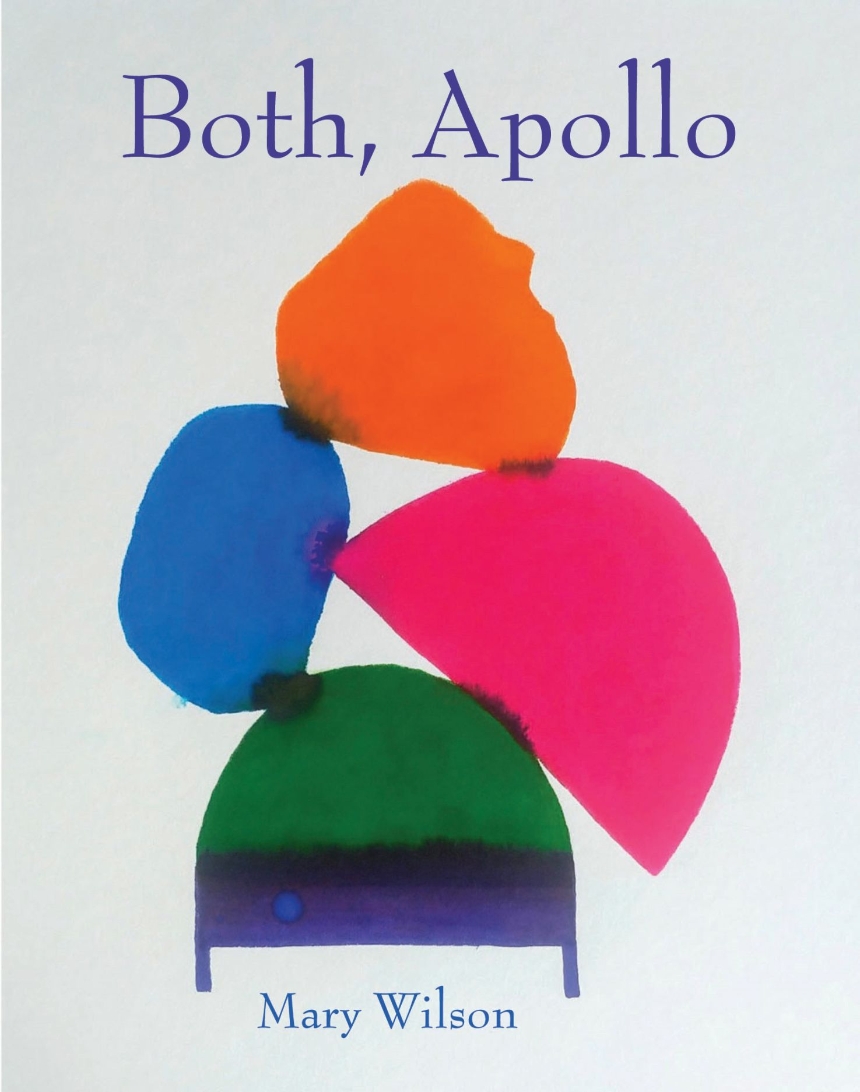 A poetry collection that employs intuition, humor, and celebration while seeking to break out of restrictive social structures.

Mary Wilson’s Both, Apollo speaks from inside the bodies and binaries that so often act as constraints. It sometimes tries to negotiate its way out. It laments, celebrates, reasons, jokes, and occasionally begs. It runs into a wall and hugs it, offers it pizza, and speeds through grammars and cities until dizziness catapults it from the grid. It tries to queer the echoes of its language in the hope that a rhyme might break the logic of “either/or” and give rise to “both/and.”

Both, Apollo is a love poem to whatever has the grace to appear, quietly finding hope. Moments of humor and tenderness accompany the speaker with each act of crossing and circling back. The poems in Both, Apollo are constantly in flux, and Wilson’s lyricism acts as a teaching tool for using both the real and the imagination to guide us in moment-by-moment navigation of our world.

“‘And either my logic is valid and this world is a duplex,’ writes Wilson in her chapbook, Both, Apollo. In Wilson's world, the illogical is the logical and the result is a book of possibilities. In Both, Apollo, the ‘butterflies are pornographic’ and a ‘green dress’ is compared to a ‘great gymnast.’ What fun to read these poems line by line and not know what to expect next. Like the speaker, ‘I find myself in this/gray town where all is possible drawn to/its uncoupled logic.’ Here is a new voice of surprise and I look forward to all of Wilson's future possibilities.”

“In these spare poems, an askew logic comes into view to test our reason and perceptual resources, perhaps answering a question posed by Apollo about either and or. Number and gender are only two places of disturbance; sometimes the subject simply slips from its object, and just there, at that warp, Eros arrives, wearing a doubting lyrical mask. The world resists full knowledge of the world, and so a new grammar is needed, in obeisance and gratitude for the inexhaustible resources of the human imagined. In Both, Apollo, Wilson has given us just what we need: poems of wit and rueful hope, discovered in the ruined new real of our time. The fallout is almost a praise poem.”