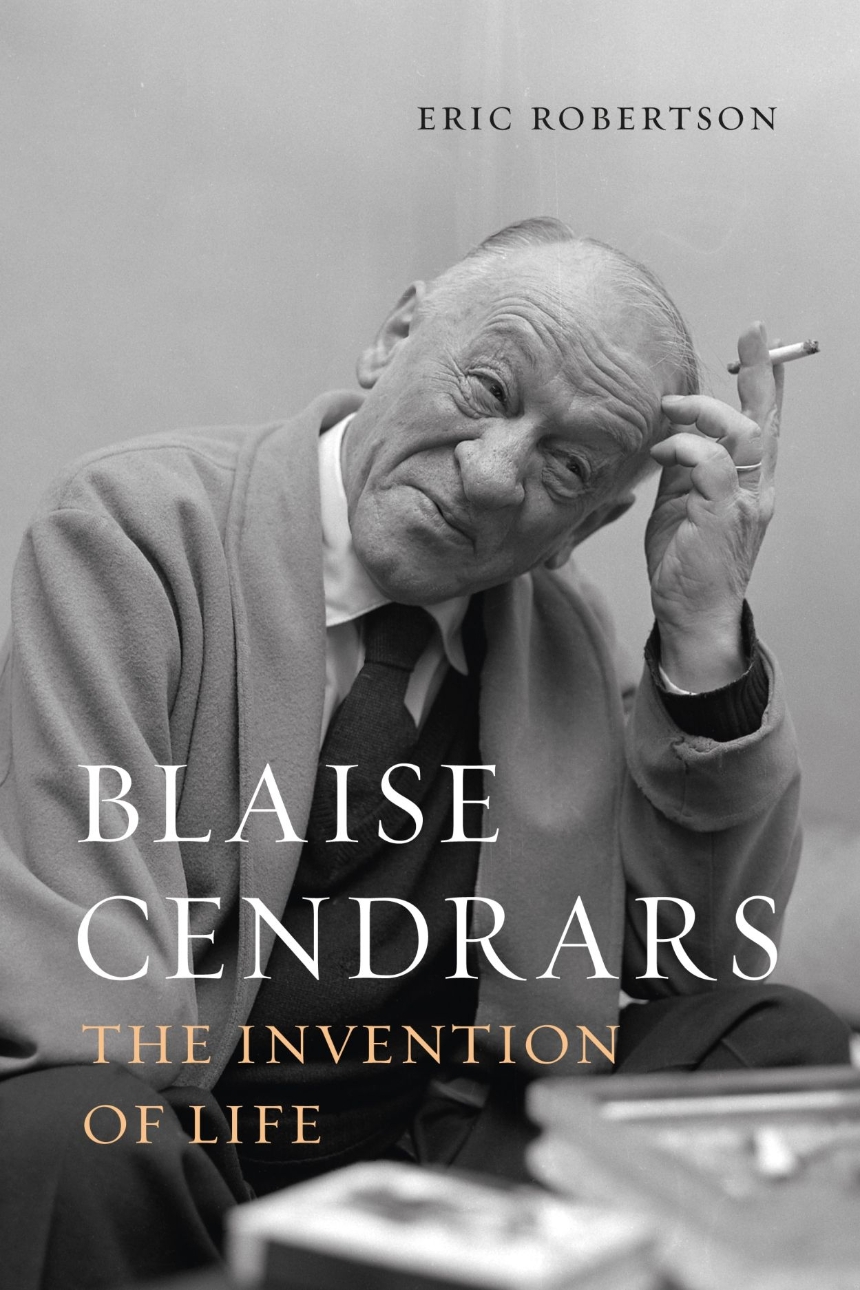 The Invention of Life

The Invention of Life

A new account of the life and work of innovative, pseudonymous French poet, novelist, essayist, and film writer Blaise Cendrars.

In 1912 the young Frédéric-Louis Sauser arrived in France, carrying an experimental poem and a new identity. Blaise Cendrars was born. Over the next half-century, Cendrars wrote innovative poems, novels, essays, film scripts, and autobiographical prose. His groundbreaking books and collaborations with artists such as Sonia Delaunay and Fernand Léger remain astonishingly modern today. Cendrars’s writings reflect his insatiable curiosity, his vast knowledge, which was largely self-taught, and his love of everyday life.

In this new account, Eric Robertson examines Cendrars’s work against a turbulent historical background and reassesses his contribution to twentieth-century literature. Robertson shows how Cendrars is as relevant today as ever and deserves a wider readership in the English-speaking world.

“[Blaise Cendrars] begins with an epigraph from Henry Miller: ‘My hero is Blaise Cendrars, do you see? He’s my hero in every respect: as a man, as a personality, as a writer, his style of writing and everything that he did in his life to me is marvelous.’ . . . Robertson’s introduction tops off that encomium, touting Cendrars’s life as an ‘adventure story’ played out in poems, novels, travel narratives, film scripts, short stories, critical essays, and radio plays.”

"Blaise Cendrars—the Swiss poet with one arm who was born under the name of Frédéric-Louis Sauser—is an unsung hero of European modernism. Cendrars apparently lost his limb fighting with the French foreign legion during the first world war, one of many colorful details in the life of this little known polymath who collaborated with key artists such as Fernand Léger and Sonia Delaunay. The Invention of Life . . . reevaluates this revolutionary writer of the early twentieth century who was plugged into avant-garde art and literature."

"This well researched look at Blaise Cendrars's life and work is a fascinating delve into the first half of the twentieth century, meeting a host of famous and infamous figures on the way. . . . Reading this book is like getting to know an extraordinary new friend; Cendrars had an amazing appetite for life. He loved travelling, loved new ideas, new ways of expressing human experience. . . . An easy book to get into."

"Robertson’s book-length study Blaise Cendrars: The Invention of Life is partly a biography but mainly a study of Cendrars's writings. . . . Robertson writes like a well-formed fan of an author’s work, and therefore he shares that love for Cendrars and the world he conveys in his memoirs, poetry, screenwriting, and fiction. It was a very hard book for me to put down, and it reminded me of the importance of writers like Cendrars, who has a heroic stance in life; although not a perfect human being, he had qualities that one can admire from a distance."

"Robertson’s book attempts to tackle the often messy (for a biographer) contradictory existence of this remarkable writer. As an example of what Cendrars creatively achieved this book is exemplary. Robertson conveys great, but never uncritical, enthusiasm; exact scholarship, and an insightful reading of Cendrars enhanced by his own fine English translations of French quotations. . . . Cendrars’s train was his mind and body capturing, through the windows of his observant eyes, whirlwind impressions and sensations. His restlessness and compulsive traveling, physically and internally, makes for a fragmentation, sensuality, and wit that are still very modern. And Robertson’s excellent book does the amazing Cendrars great credit."

“The book is authoritatively well-informed about Cendrars’s life, the historical background, and relevant literary theories that support the many original and insightful commentaries on his work. It is these very accessible discussions and analyses of individual books that establish this as a valuable contribution to literary scholarship.”

"Blaise Cendrars was an extensive traveler, both in the world and the mind, and his writing is like a centrifugal force in the avant-garde movements gravitating around the two World Wars. It embraces poetry, novels, essays, travel writing, biography and autobiography, as well as theatrical and cinematic production. Robertson’s book is as fascinating as it is scholarly, illuminating the organic coherence of this astonishingly diverse and ambitious body of work, and revealing one of its central questions: how do the ways we read shape our response to the world? Robertson charts a journey of aesthetics and history, of psychology, psychiatry, and myth. With endless care he builds a comprehensive picture of Cendrars as an uncompromising investigator of the consumerism and the morality of his time; and of a writer uniquely positioned to understand the creative and destructive power of fantasy in times of endless conflict."