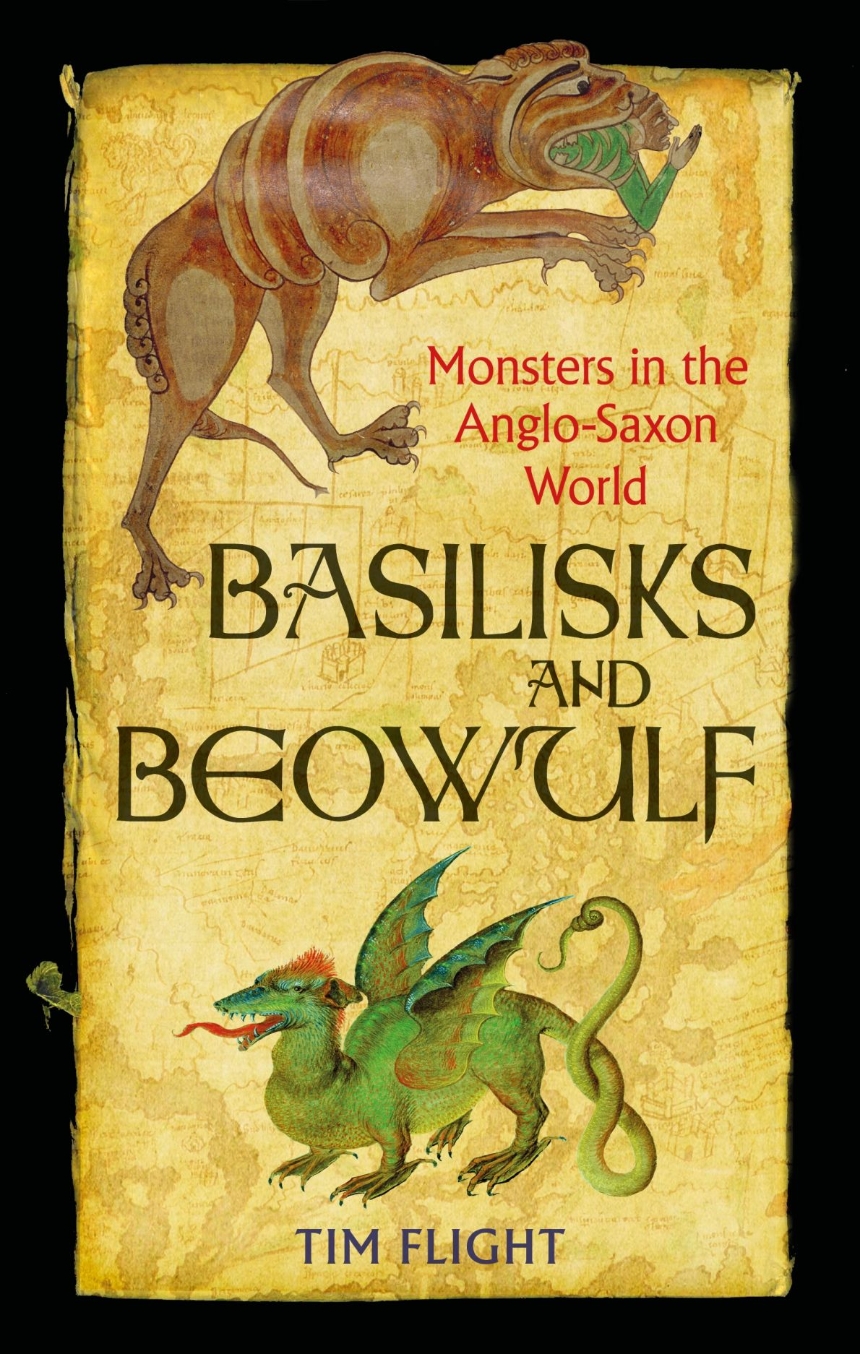 Monsters in the Anglo-Saxon World

Monsters in the Anglo-Saxon World

An eye-opening, engrossing look at the central role of monsters in the Anglo-Saxon worldview.

This book addresses a simple question: why were the Anglo-Saxons obsessed with monsters, many of which did not exist? Drawing on literature and art, theology, and a wealth of firsthand evidence, Basilisks and Beowulf reveals a people huddled at the edge of the known map, using the fantastic and the grotesque as a way of understanding the world around them and their place within it. For the Anglo-Saxons, monsters helped to distinguish the sacred and the profane; they carried God’s message to mankind, exposing His divine hand in creation itself. At the same time, monsters were agents of disorder, seeking to kill people, conquer their lands, and even challenge what it meant to be human. Learning about where monsters lived and how they behaved allowed the Anglo-Saxons to situate themselves in the world, as well as to apprehend something of the divine plan. It is for these reasons that monsters were at the very center of their worldview. From map monsters to demons, dragons to Leviathan, we neglect these beasts at our peril.

"A bold and wide-ranging expedition into the wildest corners of the early medieval mind; Flight skillfully conjures the primal fears and ancient wonders that once lurked in England’s shadowed groves and hollows."

"Although he wears his learning lightly, Flight covers an impressive amount of ground to bring us his thoughtful, stimulating account of monsters in the early medieval world. Moving from Beowulf’s historical context, through maps, wolves, dragons, devils, and the Grendelkin to present-day fears, Basilisks and Beowulf opens up a strange and yet hauntingly familiar world to anyone who has read the poem or any of its multitudinous offspring."

Borders and boundaries defined the Anglo-Saxon world view, from the philosophical and theological epistemology of learned ecclesiastics to the serf trying to walk a short distance without prosecution. But within this very rigidity, the imagination of the Anglo-Saxons – their fears of a chaotic, threatening natural world – found room for the existence of monsters. Their own experience of natural phenomena and oral legends told them that the world was teeming with bizarre and usually deadly creatures they might never have seen but whose existence they had on good authority. Where civilized people did not dwell, wilderness prospered and provided a perfect home for monsters: the wilderness, symbolically charged with sin, paganism and the misanthropic values of the natural world, may have discouraged humans, but for this very reason it supported colonies of their adversaries, the monstrous races. Terrifyingly, the world had an awful lot of room for monsters to live in, without violating the idea of sacred and profane, civilization and wilderness. Even the most learned had travelled but a short way, perhaps as far as Rome or to the motherland of northern Europe on missionary work, and most people barely left the village in which they were born: ‘that part of this world that men inhabit is very nearly a pin-prick compared to the rest’, cautions the Old English Boethius, a tenth-century translation of Boethius’ Consolation of Philosophy. This was, indeed, fortunate: the Anglo-Saxons had to accommodate monsters from Christian and classical writings, those they had inherited from their pagan past, and even the bizarre creatures that were thought to roam Britannia long before the first hired sword crossed the North Sea.

The specifics of Anglo-Saxon monsters, and how much these venerable sources influenced them, will become clear. In brief, however, Anglo-Saxon monsters fit a very strict taxonomy. They live only in the wilderness, and both represent and define the values of this uncivilized space. They have strong associations in particular with paganism and the Devil. All are overwhelmingly hostile to man and civilization, and work to maintain the boundary between wilderness and civilization, monster and man, by killing or fleeing from people who enter their designated territory. They could equally be real or mythical creatures, and most posed uncomfortable questions for the Anglo-Saxons who obsessed over them.

By nature, the monster is a creature of margins, and it is there- fore unsurprising that it looms so large in Anglo-Saxon thought and culture. The mighty pantheon of monsters fascinated monkish scholar and illiterate swineherd alike, whether challenging intellectual conventions or threatening the integrity and well-being of an isolated village. Lurking in the subconscious, they were feared and loathed in equal measure, and though considered physically far from centres of civilization, they often probed those divinely ordained boundaries. Over the course of this book, we will discover how monsters operated in both the intellectual and physical realms, taking in the perceptions of both the learned and ordinary Anglo-Saxon as far as possible, and even consider some putative explanations for why creatures such as dragons, giants and incorporeal demons were thought to inhabit the local landscape.